DEATH PENALTY: THE EFFECTIVE PUNISHMENT FOR CORRUPTION IN NIGERIA? 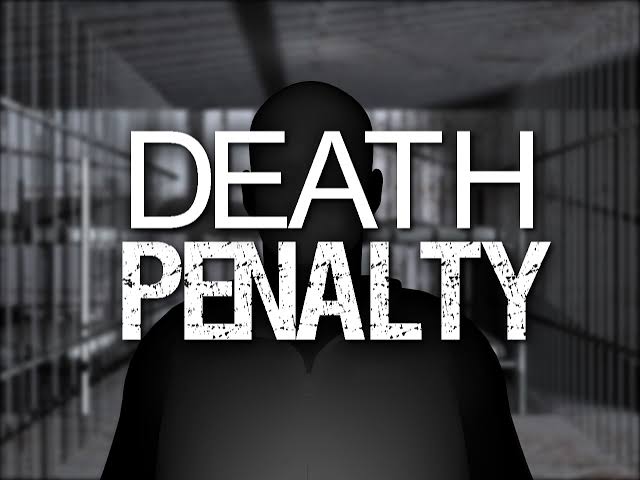 No, I Would Never Advocate for Death Penalty

“The whole idea of death penalty for corruption in Nigeria is fraught with danger. The danger being the application of this severe punishment, with consideration of the inherent corruption we have itself. That is, the corrupt lawmakers who are going to make the law, the enforcement agencies who will investigate the crime, the corrupt and opportunistic lawyers who will defend or prosecute the case, the corrupt judiciary who will try the corrupt criminals, and of course, the corrupt society itself.” – Akintokunbo Adejumo

Corruption has been described as any form of dishonesty by a person or organization entrusted with a position of authority to acquire illicit benefits or the abuse of power for one’s private gain. Interestingly, corruption goes beyond the confines of the definition above. In the general sense, corruption is when one exhibits an attitude or behavior that contradicts social conduct. As a human, the moment you do things contrary to norms, it means you are corrupt. For example, if you tell lies or steal a piece of meat or duplicate a textbook without the author’s permission, you are guilty. So, if you have ever done any of these things, it means you’re deserving of death, just as the topic states.

But do we have to be illogical in our reasoning by having to kill almost everyone?

My Lord, let’s be aware that my opposing counsel has a strong background in the study of Law and would use constitutional and biblical excerpts to defend why the death penalty should be employed as a tool against corruption. But before she does that, let me bring to your knowledge that the Nigerian constitution—which she would most rely on—is confused! The Nigerian constitution prohibits torture, inhuman or degrading treatment in section 34 subsection 1(a). However, it states in section 33 subsection 1, “Every person has a right to life, and no one shall be deprived intentionally of his life save in execution of the sentence of a court in respect of a criminal offence of which he has been found guilty in Nigeria.” So, how can we place our bet on a constitution that is conflicting?

Moreso, my opposing counsel, may want to play on the emotion of this humble court. However, remember that sentiment doesn’t win a case in the court of law except one embraces logical and reasonable arguments. One of the things we may likely hear from my opposing counsel is that the corruption of some individuals has led to the near-collapse of our economy and has an ongoing direct and indirect effect on people’s lives. For instance, when a government official embezzles funds that should be channeled into developing the health sector or constructing a good road, this corrupt act would affect people’s lives. And so, if a patient dies because of not getting good treatment, then his death should be traced to the corrupt official. Hence, the official is indirectly responsible for the murder, and the holy books say that anyone that kills another fellow should also be killed.

Before you allow this to becloud your sense of reasoning, let’s consider the words of Coretta Scout, “An evil deed is not redeemed by an evil deed of retaliation; justice is never advanced in the taking of a human life. Morality is never upheld by a legalized murder.” Instead of this, my opposing counsel might draw this court’s attention to the Mosaic (Moses) law of “an eye for an eye,” but let me quickly tell you that this law was recommended by a man whose anger denied access into the “Promise Land.” He was imperfect, so were his laws. No wonder Christians ended up becoming “followers of Christ” and not Mosesians – “followers of Moses.”

To make her argument worse, my opposing counsel may tell you that the death penalty would deter other people who are already contemplating corruption. But remember that there was a time in Nigeria when the Decree 47 of the 1970 Firearms and Robbery Decree was prominent for its support to have armed robbers tied to stakes and shot dead publicly. However, the question is, “Did that act stop armed robbery even in the 21st century? No! It has only escalated the case!”

My Lord, there is a more effective punishment for corruption than death will do. Instead of death—a means to allow these corrupt officials to escape the consequence of their acts—naming and shaming should be employed. They must vacate the position gained through corruption, serve long term in jail with hard labour, and sever all special and immunity privileges.

My Lord, I would never advocate for the death penalty to punish corruption, especially in Nigeria. I rest my case!

The death penalty is an adequate punishment to curb corruption in Nigeria!

“Many that live deserve death. And some that die deserve life. Can you give it to them? Then do not be too eager to deal out death in judgement.” – J.R.R. Tolkien, The Fellowship of the Ring

My Lord, it is with a great sense of humility that I appear again to consider whether anyone deserves to die, no matter the case, even with offenses more grievous than corruption.

It is well established that penalties are meant to serve as measures to correct or make one realize the consequences of their actions and deter other people from doing so. However, in Coretta Scott King’s view, justice is never advanced in the taking of human life, as such penalties don’t serve their purpose. The killing of offenders with no option of changes or repentance is seen not to serve the essence of judgement in one way.

In Robert A Heinlein’s opinion, under what circumstances is it moral for a group to do that which is not ethical for a group member to do alone? For example, killing a person, he opines that the prosecutors are not entitled to kill as everyone is to maintain the law. In this case, it feels like penalties are irrelevant and are not serving their purpose. Amazingly, an opinion poll by a Nigerian media house, DAAR Communications of Ray Power FM, indicates that more than 60% of Nigerians favour the retention of the death penalty.

According to Udo Jude Ilo, people clamour for this retention because it was suggested that abolishing the death penalty will give rise to a high crime rate. It’s essential to find the correlation between this form of punishment and crime in Nigeria. Sadly, Nigeria’s poor data management has made it slightly impossible to find any existing correlation. However, it will be hypocritical to deny the importance of the death penalty in Nigeria’s criminal system.

It’s inherent in humans to abuse power, and hence abuse is inevitable. Such penalties like plea bargaining have only encouraged crime and corruption. This is clear from the popular saying, “If you want to steal in Nigeria, steal big.” Proposing the death penalty for corrupt practices will reduce the level of corruption. It’s the most respected penalty, ultimate enough that even an individual finds it difficult to commit suicide out of frustration.

For a man to commit a crime, he must have weighed the risks and benefits of the crime. This is confirmed by Jeremy Bentham’s Utilitarian theory of law, which considers one’s utmost happiness as a driving factor for many choices. Choosing happiness over a minimal risk or penalty (like plea bargaining) is reasonable and has lured many people into corrupt practices. Enacting the death sentence as a penalty for corruption in Nigeria will help curtail corruption and affect every other aspect of national growth.