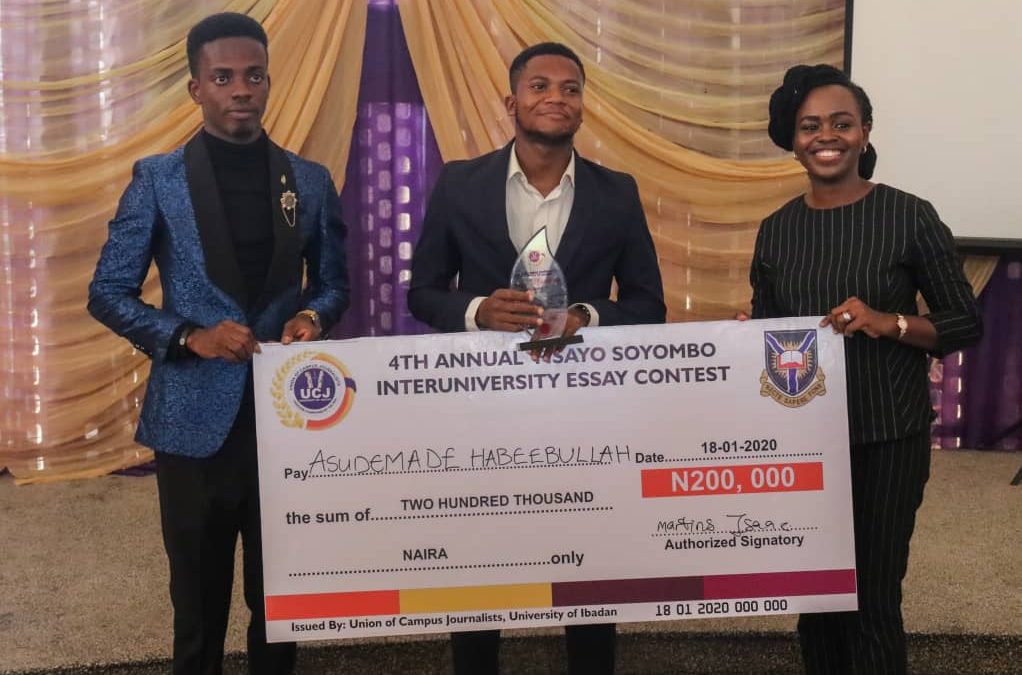 The top two prizes of the 4th ‘Fisayo Soyombo Intervarsity Essay Contest have gone the ways of two Courtroom Scribes.

Asudemade Habeebullah⁩ and Ajiboye Oluwadamilare scooped the first and second prizes, edging Olaniyan Oludara to third place. All top three awardees are students of the University of Ibadan’s Faculty of Law.

The winners were announced at the 2019 Union of Campus Journalists Luncheon held in Bello Dome, University of Ibadan, on Saturday.

Entrants wrote on the topic “The dire need for genuine national development: Is revolution the solution?

Of the first three editions of the contest, two were won by courtroom scribes — ‘Kunle Adebajo in 2016 and Kayinsola Olurunnisola in 2017. The duo are third generation scribes.