FEMINISM HAS BROKEN MORE MARRIAGES THAN IT PROFFERS SOLUTION TO THE PROBLEM IT INTENDS TO SOLVE: TRUE OR FALSE? 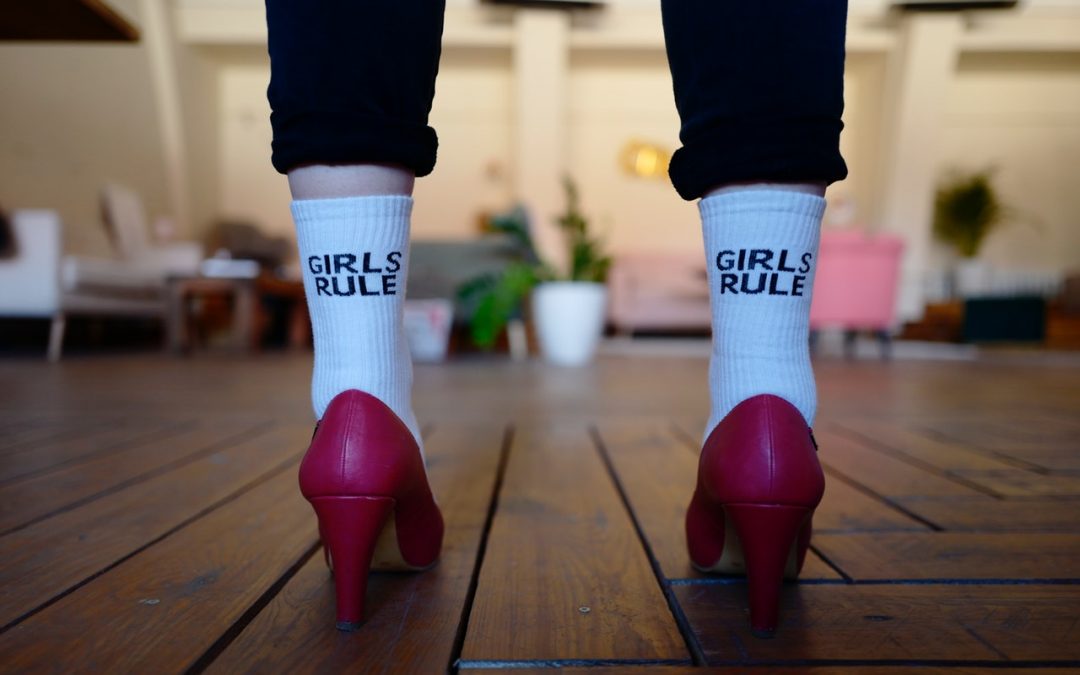 “Life is not a competition between man and woman. It is a collaboration.” – David Alejandro Fearnhead.

My Lords, it is with an ebullient heart I stand before this court today, after a lengthy absence, to discuss one of the most salient issues in the society today, that has rendered inestimable havoc to the institution called marriage.

A client, Mr. Tayo Olaniyan, told me of how his four years marriage to Mrs. Folakemi Olaniyan got dissolved just yesterday. The union used to be perfect until Mrs. Olaniyan travelled to the United Kingdom and attended a seminar where she learnt equality amongst both genders should be proclaimed and upheld. Her penchant for feminism made her perceive her husband a dictator. The more feministic she became, the tougher the relationship, which eventually led to their divide.

Feminism is so endowed with a load of adverse effects, but one of its excruciating effects is the fact that it has since, especially in recent times, been putting a knife to what holds marriages together. Feminism has, therefore, become an antithesis to peaceful co-existence. Feminists believe marriage is inherently hostile to women, and as such have armed themselves to the teeth with sinister words of advice from themselves to wage war against every atom of inequality.

To begin with, their hawkish quest for equality has made them take submission to mean oppression. Since feminism sees both sexes as being equal, a woman’s submission in a marriage is taboo, and this has been the primary cause of many failed marriages.

My lords, I will quickly like to throw some darts of criticism on the bull’s eye of their watchword ‘equality,’ and this will be extracted from the biological and customary origin of marriage. According to the Bible, a wife should be submissive to her husband. Although, feminists believe these Bible quotes and narratives have helped in undermining their importance from the beginning of dawn.

Customarily, especially in this part of the world, the husband is meant to pay a dowry to the bride’s parent for raising her well. Then, I begin to wonder if the groom wasn’t raised as well. After getting such a price that is sometimes exorbitant, it is not outside the jurisdiction of logical reasoning to state that the wife is indirectly or directly accountable to her husband.

Just as God controls the universe and every institution and organisation has a head, why should marriage from which family erupts not have a leader too.  However, it is quite funny how they clamour for this equality but run away from equal financial responsibility. This fight for equality, which has destroyed many marriages, will continue with its evil goal since they are fighting a lost battle.

In the quest for equality, they clamour for the elimination of traditional gender roles where men are expected to be breadwinners, and women do all the house chores and childcare. Feminists believe both the husband and wife should do chores and responsibilities equally and collectively, not that a specific work will be restricted to just one end. Feminists believe they are at the receiving end of this unfair share of work. Domestic chores such as cooking, washing and even taking care of the children are thought to be unfair treatment to the female folk.

To be realistic, gender roles can’t be eliminated. Men and women are different. We have different hormones and different sexual organs – women can have babies and men cannot, so definitely gender role is unavoidable. The bulk of taking care of the children falls on the mother because they are more emotionally and physically attached to who breastfed them. Maybe I should ask all and sundry present if they have ever seen chicks flock around a cock? The answer is no and it just the same for other animals.

Since the greater duty to care for the child rests on the mother, this directly or indirectly influences from whose hand the children would want their food. This naturally puts her in charge of cooking in the house. Funnily, in the Bible, it was Eve who brought food (apple) to the family of two, and when the creator pronounced a curse on them the man was cursed to till the soil, making him earn the position of a breadwinner.

Since we can’t be equal, feminists should rather dance to the sonorous voice of equity. What I would rather preach is that there should be respect for individual but reasonable differences, and as a result, feminism should be reviewed or redefined.

However, there is no watertight distinction on what both male and female should do in the house. There could be a concatenating effect at some point in time, and this will mostly be under the umbrella of understanding. That is why a man should be able to do house chores and a woman, make money.

To say marriages are devoid of the problems indicated by the prosecuting counsel is to turn a blind eye on sanity. Some acts have been perpetrated by men under the umbrella of superiority, and to a reasonable extent, it is quite unfair. There should be no limit to what a woman can be in life, and attaining a high position should not be based on the arrangement of chromosomes.

No woman, however, will be blamed for being feministic in her ways, if she exits a marriage based on reasonable wrongs done against her by the husband like domestic violence, unchaste attitude, extreme one-sided fault for barrenness.

“I raise up my voice—not so that I can shout, but so that those without a voice can be heard. […] We cannot all succeed when half of us are held back.” – Malala Yousafzai

My Lord, it is with great pleasure I appear before this honorable court again, as a counsel of a misconstrued fact, which has left so many people in the dark. As we all know, rumor sells fast. All I am here to seek is Justice, but not without establishing the necessary facts. My client feminism cries out for help, as she exists in the atmosphere of every nation, yet declared personae non grata by the majority of a particular gender. It was not funny on a sunny afternoon on the street of social media, when I saw a man wearing a T-shirt with an inscription “Feminist are children of disobedience,” I laughed so much at his level of insecurity.

Feminism is the advocacy of women’s rights on the ground of the equality of the sexes but never seen this way. Gloria Steinem said, “A feminist is anyone who recognizes the equality and full humanity of women and men.” The advocacy for women’s rights wouldn’t have ever been this serious, if not for varying levels of abuses such as rape, battering a woman as a customary right, identifying a woman to be less of who she is, and lot more.

Over the years, women form a reasonable number of the world’s population, if not a ratio over that of the male gender. Come to think of it, what level of injustice could be compared to the minorities (male) always making decisions for the (majority) because they are deemed less human? How is less than half of the entire population expected to work to sustain a greater number of people, when the majority of women are full housewives?

In the customary setting, my Lord, it is a trite law, that once a custom fails to pass the repugnancy doctrine as against natural justice, equity, and good conscience, such will not be applied, what is equitable in discriminating against a woman for her inability to give birth to a male, which could presumably be a proven medical condition caused by the male gender. Or should natural justice be defined in instances whereby a woman who has worked all her life with her husband being deprived of inheriting his property after his demise because of the custom of the land?

Oh, I better define good conscience in the instance where a woman is expected to sleep in a room with her husband’s corpse for seven days, her hair shaved, and given the water used in bathing her husband’s remains to drink as a custom?

Just like every other property, they said, a woman can be inherited by her husband’s family, isn’t that insanity?

I, feminism has only come to make things right, but I have been rejected by many. How do you assume that a female is aiming at superiority when she is yet to find equality?