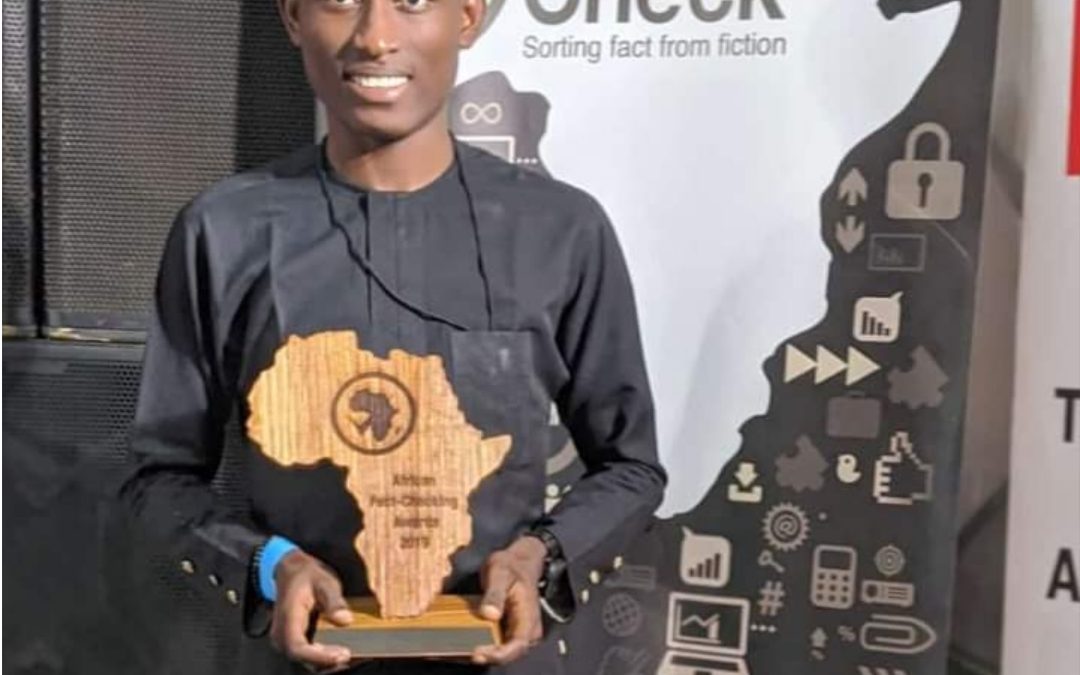 Mayowa scooped this prize for his piece that debunked the claim by Nigeria’s minister of labour, Chris Ngige, that Nigeria has “more than enough” physicians to meet the needs of its nearly 200 million citizens.

His entry stood out from more than 153 entries from more than 20 countries all across the continent – from Ethiopia, Nigeria and Senegal to Egypt, South Africa and Zimbabwe.

Tijani Mayowa and Osho Samuel conceived the idea of the Courtroom in 2015. He graduated from  the University of Ibadan with a degree in Food Technology.

He has since then bagged a Master’s honour in Media Practice and for Development  and Social Change from the University of Sussex, UK, where he finished with a distinction.

Mayowa is the current business and development editor of TheCable newspaper and a fact-checking journalist with AFP News Agency.