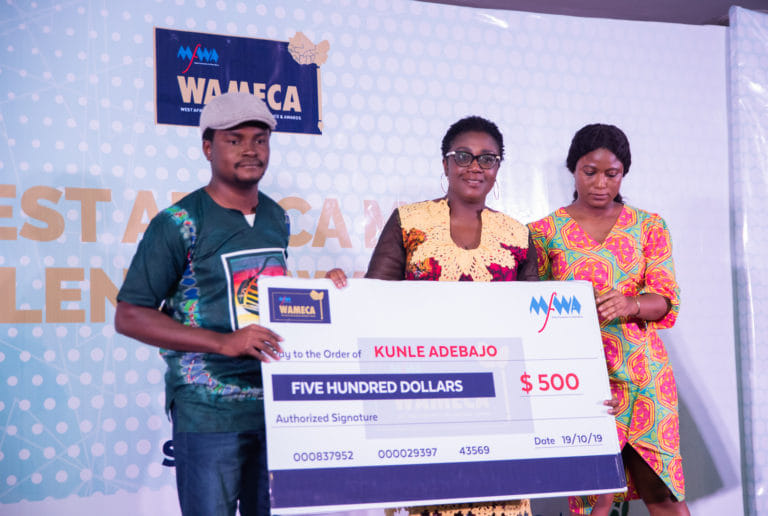 Kunle Adebajo, a third-generation scribe of The Courtroom, has emerged winner of the West African Media Excellence Awards (WAMECA) at the Swiss Spirit Alisa Hotel in Accra, Ghana

Adebajo won the Telecommunications and Information Communications & Technology category of the award for his report on the state of e-mail responsiveness within federal ministries in Nigeria.

His report, written for the International Centre for Investigative Reporting (ICIR), found that 83 percent, that is up to 20, of all the 24 federal ministries do not respond at all to e-mails sent to them, despite reminders.

Of the  724 entries from over 15 countries in West Africa, Adebajo was shortlisted as a finalist alongside 20 journalists from within the region.

He finally emerged winner in his category, clinching a cash prize of $500, a plaque, and enormous international networking and journalism opportunities.

The University of Ibadan ‘graduate’ is no stranger to awards, he has won tens of awards as a campus journalist and public speaker.

In 2018, he won the Alfred Opubo Campus Journalism Award, organised by the Premium Times Centre for Investigative Journalism (PTCIJ).

The award is intended to reward student journalists from various tertiary institutions across the country, and motivate them to do more.

In 2017, he won the grand prize of the Charted Institute of Personnel Management Essay Competition.

Adebajo joined The Courtroom in 2016 and has been one of the best scribes in the history of the organisation.