Should Varsities Introduce Traditional Medicine As A Course In Nigeria? 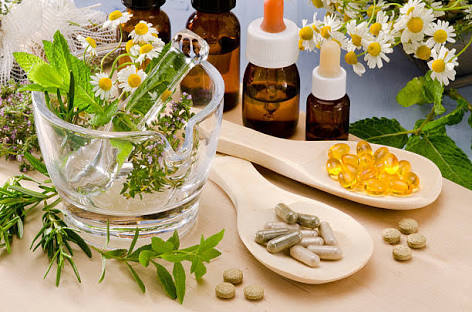 On the August 30, 2019, the Minister of state for Health, Olorunnimbe Mamora called on Nigerian universities to include herbal medicine degree in their programmes stressing that its knowledge would enhance the delivery of health care to the nation. – PunchNG

Science cannot solve the ultimate mystery of nature. And that is because in the last analysis, we ourselves are a part of the mystery that we are trying to solve.

The Nigerian Medical and Dental practitioners Acts of 1988 (50) forbids the practice of medicine or dentistry by unregistered practitioners. However, traditional medicine activities are protected by a provision in section 17 (6) of the Act. And traditional medicine as it is, is that branch of medicine whose philosophy is rooted in the enhancement of body’s own healing power through the use of natural means. My lord, the question now is that why should an act which is backed up by the law not fit to be practised in the academic sector? I believe those who added it to the Act had a sense of responsibility that was why they included it and for this, I support that Nigerian varsities should include traditional medicine as an approved course of study.

Taking us back in time, our fathers used to say ‘Ọ̀ṣun ti ń wo ọmọ rẹ̀ kí dọ́kítà ó tó dé’. This implies that traditional medicine is as old as man himself and I think it would not be wrong to modernise such. Going further, it should be noted that it won’t be that these people will end up chanting incantation but would have deeper knowledge of herbs and leaves and if they do, the westerners won’t have the opportunity to collect what we have, repackage and resell to us at highly incredible rates.

In Nigeria today, there seem to be a dearth of literature on herbal medicine as most of the processes lie in the head of those who practise them and they often die without passing it across. But now, having to practise traditional medicine at a sophisticated level would help provide more documents on its practices. Thus enhancing its transmission from one generation to another.

According to a report by The PUNCH newspaper as at Friday the 30th of August 2019 , the Minister of state of health, Sen. Olorunnimbe Mamora, requested that traditional medicine should be included to the Nigerian universities’ programmes as its inclusion would foster the delivery of health care to the nation. Thus the saying ‘the toad does not run in the day time for nothing’ and this means that if the minister hadn’t been convinced that traditional medicine would be beneficial, he wouldn’t have made such a decision.

Having to include traditional medicine as a course in Nigeria Tertiary institution would help a great deal as it would: boost herbal medicine research and development in Nigeria and also help to empower existing practising traditional healers to modernise their practices. I rest my case!

My lord, On the 23rd of June, 1990, at Madison Park High School, the late Nelson Mandela uttered a sentence that has become a popular quote among educators in the world. It goes thus: “education is the most powerful weapon which you can use to change the world”. But what will happen if such weapon is damaged? A single thing – such world is going to go down the drain slowly but surely! Nigeria is a world on its own and our weapon which we can use to combat illiteracy, insecurity and inappropriateness is now lying uselessly in the deepest part of Hades as a result of corruption.

Why should Nigeria universities introduce another course amidst limited facilities? Why should they introduce another course when the effectiveness of the current courses are being hindered by epileptic facilities? In 2018, PremiumTimes reported that the National University Commission (NUC) withdrew its accreditation for Law, Dentistry, Fine Arts, Botany and Family Nutrition at Obafemi Awolowo University, Ile Ife as a result of limited facilities. My lord, will my opposing counsel said she is not aware of the current issue on various campuses in Nigeria? Two days ago, students of Federal University of Oye-Ekiti protested against poor power supply on campus. The protests was a bloody one. Two students were killed from the gunshots injuries sustained during the protest. I don’t want to delve into the details, my lord. The introduction of a new course means more protests and more deaths. My opposing counsel should get ready to defend the unfortunate students who will be victim of the forthcoming protests. The limited facilities is not limited to OAU and FUOYE alone. During my GNS 121 examination in 100level, I had a near-death experience as a result of limited facilities of computers. It was a hell-on-earth kind of experience. Can you imagine the kind of torturous and agonising moments students will pass through during the period of examination if another course is introduced?

Going further, my lord, why should traditional medicine be introduced when according to Prof. Isaac Folorunso Adewole, the former health minister, “there are 72,000 doctors registered with the Medical and Dental Council of Nigeria (MDCN); over half practise outside the country”. Well, Nigeria is currently the largest exporter of medical doctors. What is making these doctors to be living with a speed of light? A single reason – they are underpaid! Should we keep on producing thousands of health practitioners who will be leaving the country as soon as they complete their training? No! If wisdom will be our guide and wisdom be our compass, we should all channel our voice to funding of the previous courses.

In conclusion, why should we introduce a new course when the current courses are underfunded? In 2017, 2018 and 2019, the budgetary allocation were paltry 7.4%, 7% and 7.05% respectively. Though the United Nation Organisation recommended higher budgetary allocation to education. Nigeria is not ready yet! Can we now see that we don’t need additional courses to be underfunded, instead we need more fund for the current courses. I rest my case!