Is the reaction of TASUEDites to men of the Nigeria Police Force a justifiable one? 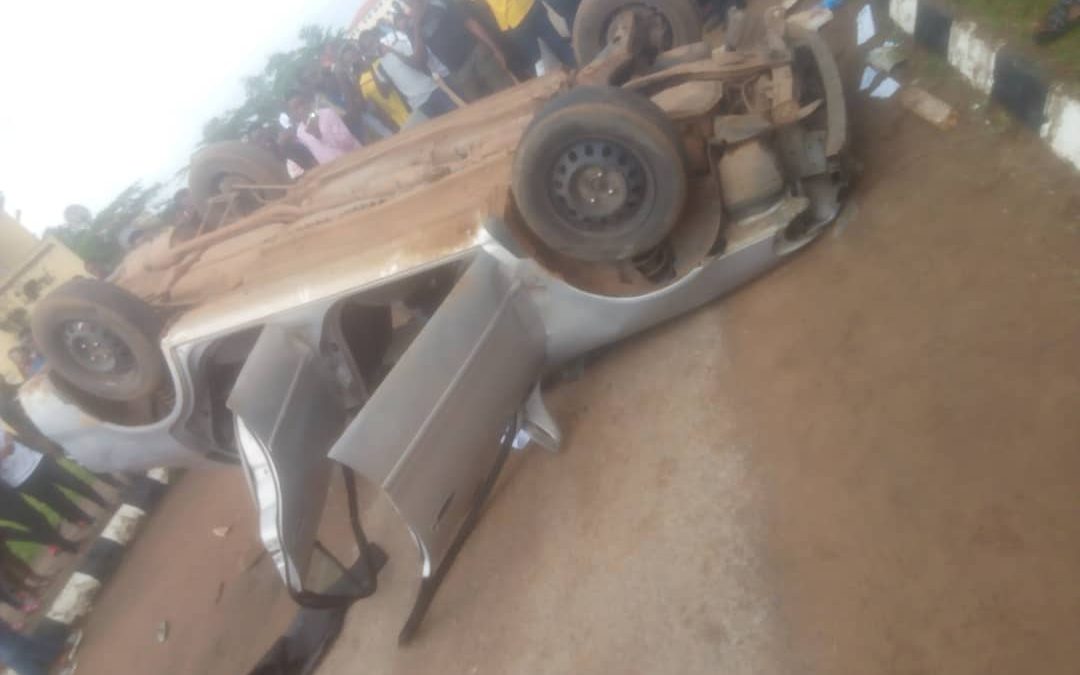 On July 24, 2019, three men of the Nigeria Police Force invaded Tai Solarin University of Education campus to arrest a student who they claimed is an internet fraudster. The arrest was repelled by students who felt the arrests was unjust and uncalled for. In the process of the resistance, the policemen fired two shots into the air to disperse the teeming students. In return, the angry students destroyed the policemen’s car before setting it on fire. Is the reaction of the students a justifiable one? Be the judge!

“I will come on thee as a thief, and thou shalt not know what hour I will come upon thee.” | “Watch therefore, for ye know neither the day nor the hour wherein the Son of man cometh.”

It was so disheartening to have witnessed how members of the Nigerian Police Force were molested by students of Tai Solarin University of Education on Wednesday, the 24th of July 2019 after an attempt by the officers to arrest some individuals who they suspected to be fraudsters — the popular Yahoo guys. This inhumane act didn’t stop at the level of beating as the car brought by the police officers was also damaged and burnt beyond recognition. My Lord, I want to ask this court — including my opposing counsel — if truly the reaction of the students to the officers was indeed justifiable… the answer is no!

Nigeria as a federation has three major arms of government which are independent of one another. The legislative, executive and judicial arm of government. Of these bodies, the Nigeria Police Force is said to be the principal law enforcement agency in the country as it is a part of the executive arm which makes it their responsibility to maintain law and order in the society, even with the right to investigate and prosecute cases in the law court. As an agency of the executive arm, the police officers have the right to apprehend and punish offenders, “Yahoo guys” inclusive. Why then, if this is a part of their duty would they have received the treatment they got from TASUEDites?

It is an undisputed fact that the officers came into the school “uninvited” as the TASUEDSU president, Mr. Adeboun Olamide had put it, but hope my opposing counsel haven’t forgotten that he (Mr. Adeboun) also attested to the fact that the people they pursued were not students of the school adding that the university would not harbour criminals. Why, if the university wouldn’t harbour criminals would the officers have gone back to their officers to compose a letter when the criminals are in their reach at that moment? Is it so the school could grant them permission to come back apprehending lecturers and innocent TASUEDites? Also, I believe the officers wouldn’t have come into the school if the suspected criminal hadn’t come there too as the Igbos would say,the toad doesn’t run in the daytime for nothing.

Still on the issue of being invited or not my Lord, this court should not forget that the people that were pursued aren’t TASUEDites and that even if a letter was brought how sure are we that the real culprits would be the ones that would be apprehended? Or would they even wait at the gate with placards with inscriptions like ‘WE ARE YAHOO GUYS?’ No, not at all.

Before I take my bow in this honourable court, I would want us to know that we are now in a century where everything is ruled by something, even the human race is subjected to one which is law and no matter what happens, the law shouldn’t be violated nor should we take law into our hands. TASUEDites not only violated the law but also insulted its executors, the police. For this reason, it would be very wrong for the reaction of the students to have the tag, ‘JUSTIFIABLE’. I rest my case.

It is justifiably justified!

Injustice anywhere is a threat to justice everywhere. We are caught in an inescapable network of mutuality, tied in a single garment of destiny. Whatever affects one directly, affects all indirectly

I want to reiterate my commitment to this noble gathering and to reaffirm the oath that I have taken with my pen that never will I use my pen to be a counsel to irregularities; to defend internet fraudster and to become a manipulator of truth. On this note, I bow before this honourable court. Milord, without mincing words, TASUEDites have a right to self-defence because self-defence is a constitutional right. Section 33(2)(a), a part of the constitution concerning right to life, provides thus: “A person shall not be regarded as having been deprived of his life in contravention of this section, if he dies as a result of the use, to such extent and in such circumstances as are permitted by law, of such force as is reasonably necessary – (a) for the defence of any person from unlawful violence or for the defence of property.” Section 32(3) of the Criminal Code also provides that a person is not criminally liable for an act, when the act is reasonably necessary in order to resist actual and unlawful violence threatened to him or to another person in his presence. Obviously, after close findings, it was gathered that the arrest did not follow the due and legal process. In a situation like this, TASUEDites reactions is a justified one because they didn’t react to men of the Nigeria Police Force but unscrupulous elements in the force.

Milord, going with the word of Terry Andrews Odisu in his article on Law Enforcement in Nigeria by the Police Force and the Travails of Rule of Law, “many Nigerians have at one time or the other been unlawfully detained by the police without any offence. And because of impatience or ignorance they gave money to the police in the name of bail. This is a serious infringement on their fundamental human rights especially the right to personal liberty. The police is fond of arresting and detaining innocent citizens without any sensible evidence just because of the money they would extort from them under the guise of bail.” Milord, many citizens have been harassed by men of the Nigeria Police Force all in the guise of them looking like an internet fraudster and in order to extort money from this internet fraudster, they purposely go in search for them. How many Kolade Johnson’s are we planning to have before they learn their lesson? How many ‘Apo’s six’ do we intend to have? Wickedness has been injected into the bloodstream of these police officers and the only way is to extract these wickedness with the drip of justice and highhandedness.

Going further, historians do not perform heart transplants, improve highway design, or arrest criminals. History offers a storehouse of information about how people and societies behave, the past causes the present and so the future. Milord, unarguably, this whole house must have heard or read about the incident that happened on the 1st of February, 1971 at the University of Ibadan – approximately 48years ago. On that gloomy day, the late ‘Kunle Adepeju, a student of the Department of Agricultural Economics, got killed by a stray bullet in a protest fired by men of the Nigeria Police Force. Till date, these men are yet to desist from these evil acts. On the said day of the incidents when men of the Nigerian Police Force invaded TASUED campus, they fired two shots into the air to disperse the teeming and angry students. Milord, what if a student was killed by the stray bullets? Definitely, the students’ name will be added meritoriously on the awards list of students that was cut off at their prime by this evil perpetrators. The question is not ‘is TASUEDites reaction a justifiable one?’ The question is should they have waited until one of their own was killed?

In conclusion, milord, as a result of the embarrassing extortions at check points, illegal detention, extrajudicial killings, and connivance with armed robbers. This was why the then Inspector General of Police, Aliyu Atta, in July 1991, angrily said that if Nigerians were civilized they would stone policemen seen on the street because the bad things done by them were more than the good things they have done. TASUEDites were civilized enough not to stone them but they were calm enough to shoo away nonsense when it knocks at their door. I rest my case.