HOW STUDENTS ARE DISCIPLINED IN NIGERIAN TERTIARY INSTITUTIONS: AN AFFRONT TO JUSTICE? 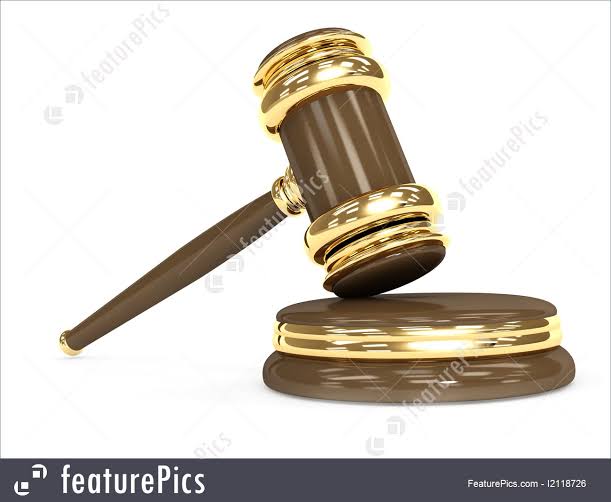 Of a truth, the need for students’ disciplinary measures in our tertiary institutions cannot be sidestepped. It is understood that social communities like ours only function when there are sanctions for breaking the rules. However, when we begin to augment the instrument of discipline with the tool of irrationality, we automatically build bricks between tertiary students and easy access to justice. And while the smooth ride of fantasies that discipline is needed to fully bake our students may be difficult to disembark from, it is ideal to clear the fog covering the odious act of injustice and let us see the dead blue sea lying right ahead.

My lords, we may not necessarily go the forbidden way of the scripture by sparing the rod to spoil the child, we however must exercise our discipline in such a way that in infusing sanity in our tertiary institution we do not end up creating a world where the dreams of our students are truncated for no just cause.What explanation can best be put forward for the suspension of Michael Okpara varsity students for refusing to attend a Taekwondo contest in Taiwan? Or the suspension of a Unibadan student for an article that supposedly brought disrepute to the famed glory of the institution? Indeed, we find none – not on earth, not even in the pit of hell where reasons for odious acts abundantly exist.

Furthermore, I see no reason why we will continue to live in denial in a house that is burning down. In today’s tertiary institutions, students can no longer have a say. If at all they say something, it is the shout of SAI BABA! hailing the school authorities to calm nerves when threatened with Students’ Disciplinary Letter. If you lead a protest demanding for potable water, you get suspended for four semesters– the institution’s way of providing you enough time to dredge a well in your parents’ house and pass the pipe to your hostel room. What a way to instil discipline!

My lords, asides the corners of this courtroom where you be the judge in your own case, the principles of fairness dictate that no one person should be the offended, the prosecutor, and the judge at the same time. It however comes as an abuse to logical reasoning and common sense when the stool of powers in our tertiary institutions pretend to be offended by students’ demand for basic amenities, embark on a rapid respond prosecution like the Nigerian anti-graft agencies and balance their presence at the council’s chambers to hand out dreams-wrecking decisions on the pretence of discipline.

What’s more is that these decisions are vendetta for students’ challenge of the archaic policies and denial of rights emanating from school authorities. All these do not just constitute an affront to justice, they only make us wonder if there still exists anything at all close to balanced disciplinary measures in our tertiary institutions?

Finally, my lords, pitching our tents on the side of the opposing counsel on today’s contention will only take us farther and farther away from the truth; such will tell us to continue to live in denial in a house that is burning down. However, the teary eyes that have seen our beloved brothers rusticated for demanding an overdue identity card, also see the deceit of vendetta and abuse of power embedded in today’s method of student discipline. And while our loud voice of gentlemen’s agreement and protest may have been silenced with threat of expulsion, we would not halt the habit of whispering the truth to the ears of my opponents and the authorities in our tertiary institutions–this is discipline gone mad in broad day light!

Since primitive man, the roles of law in the administration of the society were never rebuffed. The letters of the law have been rightly thought out as the building blocks of an integrated society.  To relax those letters or absolutely wipe them clean will unleash a floodgates of chaos. That exactly is what the English philosopher puts as “a place where life is brutish and short.”

Nigerian tertiary institutions, as institutions of the larger society have been empowered to set up subsidiary laws in order to safeguard the sanctity of this society. Students who transgress these laws are made to face the music.  Meanwhile, existing side by side with the fundamental need to secure the integration of the society through laws and orders is the universal recognition of the need to preserve justice. While some may think that the method of discipline in Nigerian tertiary institutions is an affront to justice, I stand my ground in strong denial.

My Lords, let us begin our submission with some  clarification on the concept of justice itself. According to the Meriam Webster Dictionary, justice is the maintenance or the administration of what is just especially by the impartial adjustment of conflicting claims or the assignment of merited rewards or punishment. This is only reflective of the situation of things in our tertiary institutions. We do not need to be born in Borno or travel to Taraba before we understand the method of discipline in most tertiary institutions in Nigeria. Taking our cue from the University of Ibadan, for one, there are established laws and regulations for all and sundry to comply with and the neglect of those laws is met with opposition in form of disciplinary action. How is that not just in a sane society?

In addition, for the method of discipline in Nigerian tertiary institutions to amount to justice, it must involve fair treatment and due rewards. It must be a system where Paul is not robbed to pay Peter but all are made equal before the law, irrespective of the nobility of their background, status, or the fatness of their wallets. In virtually all tertiary institutions in Nigeria, the inviolability of the Student Disciplinary Council is feared by all to the extent that it is now a mantra that, “the fear of SDC is the beginning of wisdom.” This is nothing close to an affront to justice.

My Lords, it will be an affront to justice for me to overlook some misplaced arguments of my opposing counsel. We might have heard him say that most laws in operation in tertiary institutions are not just and since every bird lays its kind, justice cannot emerge from an unjust law. I chuckle. We should first ask him for his meaning of an unjust law. Is it the regulation against smoking in church-owned private universities? Or is it the power of the school management to approve or proscribe student organisations. You see, the law may be harsh on some but if its result will be of benefit to all, it is justice for all.

Before I rest my case and duff my wig, permit me to set our minds aright with respect to this case. Learned counsel has not come before your Lordships to flatter you with the goodness of Nigerian tertiary institutions or with the perfection of their method of discipline. Far from it. All we are saying is that the method is nothing tantamount to an affront to justice.