Is LAUTECH Ready for CBT Examination across all Levels? 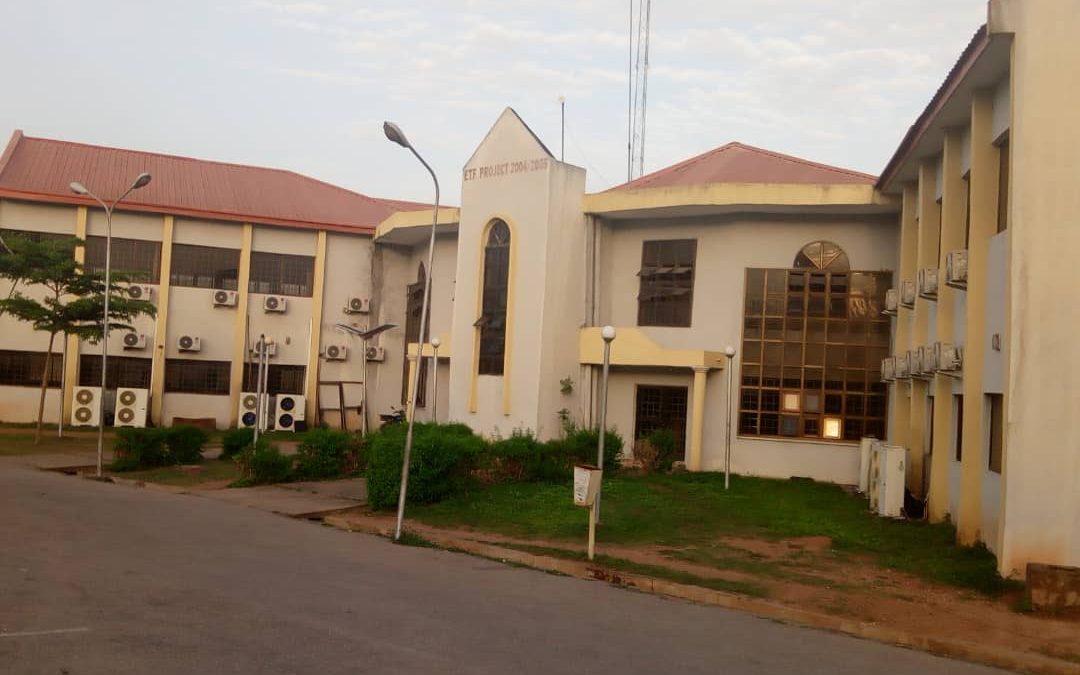 When we say go digital, we are to go forward not backward!

My Lords, I am glad to be here again presenting another bout of argument-worthy topic before your eminent presence. I hope that at the end of all this, you will see the things that I have seen in the perceptive that I have seen them.

A few months ago, alongside the no tuition, no test/exam policy, rumours of CBT test and examination followed. However, it wasn’t pronounced until the test came and many students had to do CBT tests. Now, it’s the season of examination but there’s been questions of whether LAUTECH is ready for CBT examination across all level or not.

A question I would like to pose to you my lords is: if LAUTECH is not ready for it now, when will the institution ever be ready? We all know that a child does not grow all of his teeth in a day. Rather, he grows them little by little. For years, it has been known that the paper based test popularly called “written” has been used to test the knowledge of staylites in examination. Therefore, before one jumps into conclusion, it is only right to consider the reasons the school had for taking such a drastic decision and changing things.

Of course, when confronted, the school management will have a lot to say in their favour. They will sure give valid reasons such as the fact that the CBT examination will be faster, and that more results will be processed more easily. The CBT form of examination will help them a great deal to enforce a standing policy and even help students gain more experience in computer literacy. With many other cogent reasons, I’m sure it will be hard for anyone to fault the school management for the change.

Really? If LAUTECH is not ready for CBT across all level, what then is the likes of the ICT halls, First Bank Hall, CAD Centre, the Library and many other places stocked with computer doing? Are they meant to decorate the school and not to be used?

Again, if really the institution isn’t ready for CBT examination across all level, issues which arose during tests would have made them accept defeat. But evidently, moving on with the CBT plan shows that the school knows she is capable. It means that the school has studied imminent problems and can boast of solving them; hence, going ahead with the plan.

Examination is to test the knowledge of students on what they have been taught and universally, no permanent method has been agreed on. Therefore, even if a lecturer is reluctant to set objective questions (with options), he can opt for structural questions, one which CBT even provides for, irrespective of level.

Even better, if such lecturer feels he loves to read answers and opinions, the school provides for such as no rule compulsories the CBT for all courses — another move to show that the school management knows what they are doing and what they are capable of when it comes to CBT. If you will be doing CBT for a course, then know that things are under control.

With working computers, a stable server and electricity, proper logistics and distribution, I can say that LAUTECH is ready for CBT examination across all level.

They shouldn’t even be ready!

My lords, remember the last time I came here telling you the ‘no payment, no tests/exams’ policy is unnecessary? Yes, the school is still hell bent on following the policy. But that’s not why I’m here, my lords. The school has decided to irk the students again, albeit in a new way.  I just don’t know why an educational institution will decide to make policies that will lead to less students taking tests/exams, or decisions that will further lower educational standards.

It was this past month that the school released a CBT timetable which would have spanned till June, provided things go as planned, which is not always the case in a school like ours. It’s either the server is down, or the computer systems are not enough, or the programmed questions have some itch, or the thumb printing machine is not efficient, and so many other reasons. Why then, should we adopt such method in the forthcoming exams? It’s a disaster waiting to happen.

If CBT would have taken that long (if the timetable was not reviewed), then how long do you think exams would take? Five months maybe. It’s not surprising though, since it’s the same school that released an entirely new calendar about a month into the semester, after students had started lectures. My lords, I’m sure if you ask any student on campus, they’ll tell you they didn’t come here to sleep.

M’lords, I’m one of the many students affected negatively by the CBT test. PHY 403, which was scheduled for 2:30 p.m, but didn’t start until after 7:00 p.m in the night because of some of the aforementioned reasons wouldn’t be forgotten by many of my colleagues. Why adopt a system that you’re not ready for. I’m an ICT advocate myself, and I’ll like my school to do what other advance universities in the country and in the world do, but are we ready for this? No, not yet.

My opposing counsel would probably say results of course which are computer-based comes out faster, but what about the many Awaiting results(AR) we still witness in some CBT courses? The school is just not ready. They should keep making the fresher’s exams computer-based and leave stalites out of it.

My lords, one other thing I’ll like to point out is the fact that CBT exams in some departments are genuinely not needed if the purpose of examination is still to test students on what they’ve been taught in class. Imagine me doing a course for 30 minutes on a computer. A course which would have taken roughly 2 or 3 hours if it were a written exam. Some courses require you to write what you know in details, and CBT doesn’t support that because of limited time and function. So, ask any lecturer on campus, and they too will tell you it’s a ‘NO’ for them.

I just hope the school management can sit once again and review all these policies that shouldn’t even have left the four walls of the senate building in the first place.