Is Game of Thrones overrated? 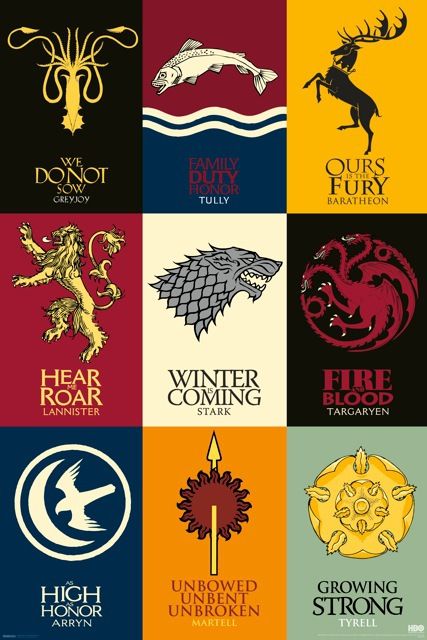 Apart the sensational rhetoric —most of which are sexual innuendos, curse words and it’s variation capable of defiling a man, and, maybe the fancy costumes, Game of thrones is a blatant attempt at popularizing pornography, barbaric culture and decadence. Many of the impassioned fans do not see this.

As if all that is not enough, the gruesome means through which character dies at the hand of the other characters is nothing to take cue from. Check the scenes where Mance, the leader of the wildlings was tied and burnt by Stannis Baratheon on grounds of a filmsy excuse. I wonder what excites one at the sight of such inhumanity. Another reference is the scene where Lady stark, Robb stark, Robb’s pregnant wife and their other companions were killed at a wedding. What do we gain, what entertains us in that?

It goes on to create an expose around the incestuous Intercourse between Jamie and Cersei Lannister in such a way that it glorifies it. If it is not a movie’s duty to stimulate our moral and educate us, what else is? And if we do not gain the required positive influence through movies, how long do we have left to capitulate. For moral, simply, is the spine of the society, especially one like ours.

M’lords, Women, in this series, are treated as sex objects. Used without recourse by men, as collateral and objects of bargain. They are mostly portrayed nude and vulnerable except for a few fortunate women backed by their affluent background. they are touched, used and treated lowly. Horses even get better treatment than most ordinary character.

This indiscriminate overlordship do not however stop with women. Its fangs extend to men who are used in wars which they know nothing about (this owes a specific reference to the unsullied). This is the least of all the things that we need in movies at this period of greater class marginalization. If movies are not dedicated to paint the outlook of the needed balance, how do we achieve a thing?

It is essentially an embodiment of wanton show of revenge, vengeance and desperation. It instructs to secure goals at all cost even at the expense of others and to repay all past deeds with something worse. I should point at the portrayal of Africans in this series at this point. The characters lucky enough to not be cast as mere slaves gets designed as pirates and sellswords. What do we glorify in this series that doesn’t foster racial or class equality? does this lend credence to the profiling of the African as a never do well or as one with a large appetite for crime, or does it not?

It is left to this hallowed court to make a decision. I submit, my lords.

“Never forget what you are, for surely the world will not. Make it your strength. Then it can never be your weakness. Armour yourself in it, and it will never be used to hurt you.”

Are you a “bastard, cripple… broken thing (sic)” , and you’ve lived in denial, low self esteem, or some related state of extreme anxiety/depression? Have you seen/read Game of Thrones? How did you feel after seeing Jon Snow’s transformation upon meeting Tyrion Lannister? While there are many central messages, tons of plots and sub-plots in the GOT franchise, one recurring factor cum message in the billion dollar franchise is the transformation of characters from wimpy, needy and vulnerable, to being able to handle things on their own. The Jon Snow who couldn’t talk back, or speak for himself eventually became Lord Commander of the Night’s watch, the King in the North, and more recently, warden of the North. This is a very important life lesson for people who follow the franchise; you can be whatever you want to be, if you dare to be.

The GOT franchise isn’t only a good point of call for pick-yourself-up motivation, but a very good place to learn strategy, to learn wisdom, and to know how to be utilitarian with knowledge. We saw Ned Stark die from the innocence of expecting everyone in the world to be as kind as he was, and we saw the cunning Lord Baelish being shown that “power is power”. You simply do not see the game of thrones without learning simple real life strategy that can be used for day to day activities; after all, “when you play the game of thrones either you win or you die”.

“Sometimes the hardest thing to do is nothing”; was a counsel Tyrion gave to Dany as hand to the Queen before she went on a people burning rampage. Not heeding to that simple advise opened the floor for the Targaryan Queen to become a possible villain. This counsel is equally applicable in other real life scenarios. As Uncle Ben in the Spiderman franchise told his nephew, “with great power comes great responsibility”, Tyrion’s counsel is a sharper and deeper translation of this saying. You may have all the powers in the world, but sometimes, the hallmark of a true leader isn’t to show the world how much power you have, but how well you can control the urge to continuously hold a torture whip to the face of your followers.

M’lords, there are more and more real life philosophical trainings to learn from the GOT franchise. Do fans hype the franchise? Yes we do. But that isn’t the right question. The right question is, is the hype worth it? And I tell this honourable court today that yes, the GOT franchise is worth every noise. If non-following members of the public think we are too arrogant with our support for the franchise, then I’ll leave these words from Tywin Lannister, “a Lion does not concern itself with the opinion of sheep”.

I rest my case your lordships.