Was President Buhari right to issue a shoot on sight order? 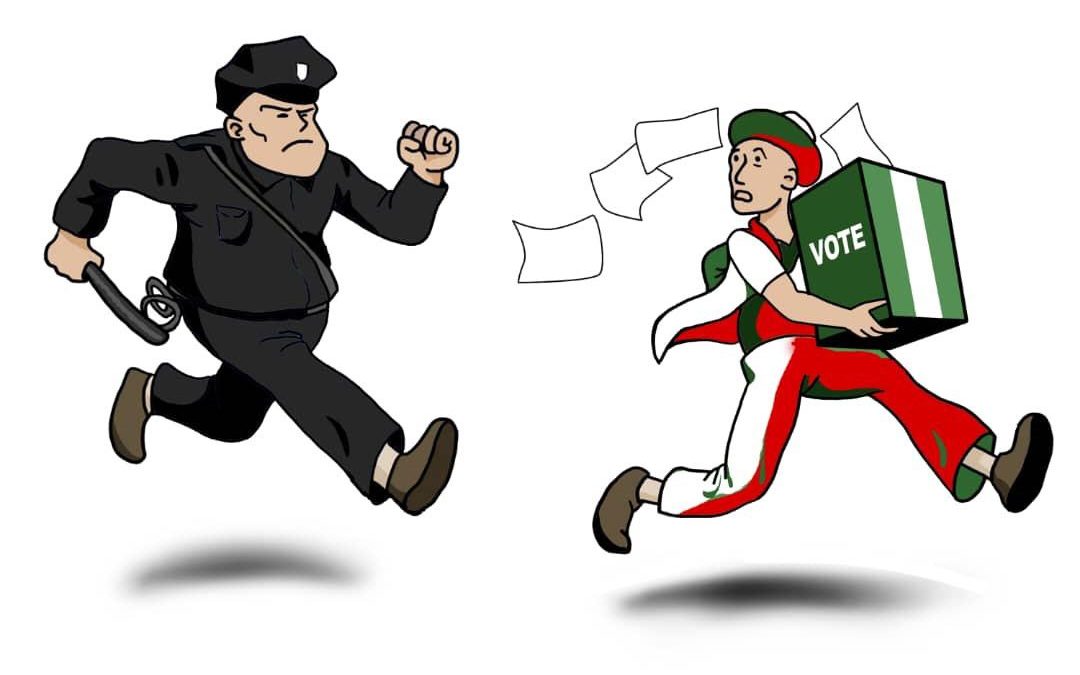 “Let’s not be afraid to speak the common sense truth: you can’t have high standards without good discipline.” — William Hague.

It would seem absurd at first, to hear a President declare that people who snatch ballot boxes should be shot on sight. But is it really absurd, and is it grounded in law or not?

M’lords, the case of President Muhammadu Buhari directing ballot box snatchers to be shot on sight is one that has been shot out of proportion by enemies of democracy, good governance, and interest of the people. Or how else do we describe these people who have exchanged commonsense for noise making on the Internet?

While S33 of the Nigerian Constitution has given us the right to life, there are also given exceptions which include: 1. For the defence of any person from unlawful violence or defense of property. 2. In order to effect a lawful arrest or to prevent the escape of a person lawfully detained. 3. For the purpose of suppressing a riot, insurrection or mutiny.

Has it ever been heard, that ballot box snatchers dress up as gentlemen in suit and tie, and go to polling units to ask Presiding Officers “can you please pass me that ballot box, I’m about to rig?” No. They go there with cutlass, with guns, armed to kill and armed to hurt. They go all out to tear down not only our democracy but the people who’ve come to promote that democracy. Where these people come with unlawful violence, why not shoot them down to save the lives of lawful citizens? Why not shoot these people who’ll automatically try to evade arrest, in order to prevent them from running so they can be deterrents to others? Why not prevent riots and insurrections?

M’lords, using law and logic, it is very vivid that only an enemy of progress would want to snatch ballot boxes. Not just because you may be shot (we believe you’ve no value for your life), but because of the people you may risk their lives. A warning shot is enough for the wise. I rest my case.

“There is nothing more corrupting, nothing more destructive of the noblest and finest feelings of our nature, than the exercise of unlimited power.” – William Henry Harrison

My lords, just last week Saturday, while the nation was asleep and only five hours into the commencement of the 2019 Presidential voting process, the Independent National Electoral Commission released the startling broadcast that announced the election postponement, just few hours into it’s commencement!

The Fuhrer will release an order in the following days that anyone found in the act of ballot box snatching should be shot on sight. We do not need soothsayers to prophecy the consequences of such (mis)order to us recognizing that this is a form of rule of law suspension—or suppression. While we understand the enormosity of such crime, we must also consider the rationality of the order and it’s effects.

The electoral act, under Section 128 says “any person who at an election acts or incites others to act in a disorderly manner commits an offence and is liable on conviction to a maximum fine of N500,000 or imprisonment for a term of 12 months or both.” Why is this stipulation not good enough now? It cannot be found in practice anywhere that armless citizens are being shot at or killed on spot whatsoever their offence of crime.

knowing, by knowledge of past record, that the average Nigerian security agent is trigger-happy and with full knowledge of their potential to harass innocent and harmless citizens, isn’t this a blank cheque to foster their unruly dispensation? My lords, security operatives will shoot at everyone who looks like anyone capable of snatching a ballot box—including innocent voters whose sole intention might be to fastrack their pace on the queue.

My lords, if this order is sustained and deployed towards the electioneering process, citizens will shy away from fulfilling their constitutional obligation and we will be left to bear the brunt of a botched democracy. Thank you.