Big Brother Naija: A Reality Show or a Mediocre Show? 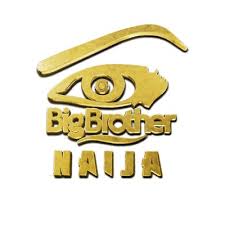 It has mediocrity written all over it.

Big Brother Naija (formerly Big Brother Nigeria), is a reality TV show in which a number of contestants live together in a restricted house for some months, to compete for a grand prize, and get evicted one after the other till there is a clear winner, through the audience’s vote. But, is it a reality show, or a show of mediocrity, shame? I’ll leave you to decide that.

The fourth season is about to go down and the auditions have taken place in eight different cities including Lagos, Abuja, Enugu, Ibadan, Delta, Port Harcourt, Benin, and Calabar, on February 1st and 2nd. There was a massive turnout, which is expected, and sad at the same time, because same cannot be said about intellectual programmes or shows.

Since its inception in 2006, Big Brother Naija has been known for its obscenity. For those who don’t know, housemates engage in a lot of activities, most of which are devoid of proper moral standards. That too, live on television, which makes me wonder what the aim of the show is. What else if not a paragon of immorality, delinquency, nudity, and so many other social vices. To be honest, apart from the grand prize, it’s really hard to take a positive from the show, which brings me to another major issue concerning the show.

The last winner of the show, Miracle Igbokwe, went home with a whooping N45 million worth of prizes, not to mention the numerous ones he (alongside other housemates) won during and after the contest. I mean, ‘on top wetin?’. Ask yourself how many intellectual shows in Nigeria does its winner go home with such huge amount? Most Nigerians themselves, have execrable taste in TV shows. A show like BBNaija is always given priority over shows that represents intelligence. You see a lot of people, youths especially, giving so much time to the show and following each and every activity going on in the house.

I see no reason to give the show a serious attention. It’s good to reward people for what they can do and how good they are at doing it. But should it be by showing how manner-less you can be for some months? Displaying your nudity on live television? Engaging in activities devoid of moral values with other housemates, while being watched by  fellow youths? No! No! That’s not what I’m talking about. No one should be rewarded, but reproved for that.

What’s to write home about the show? Why does the winner get more attention than the winner of a cowbell mathematics competition, or a literature contests? We really need to stop celebrating mediocrity and stop acting like everything that happens on the show is normal, when clearly, it’s not. Have things really gone that bad for us to see it as normal? When did the standard drop so low? Really, how did we get here?

The true test of knowledge is experiment — Williams Blake

On the first and second of February, 2019, audition for the 2019 BB Naija reality show was held in 8 locations across Nigeria. However, the massive turn out of youths for the audition raised a question as to whether really the Nigerian youths are lazy, like the President claimed. This is because as at the time, ASUU, a national body in charge of University teaching staff in Nigeria was on strike while ASUP was none the better.

The massive turn out made a lot of people question the relevance and exceptionality of the reality TV show. So, really, the question is if the BBNaija is still a TV show or it is fast losing its quality and becoming mediocre.

To start with, the objective of the reality TV show is a social experiment focused on how people from different background and culture will relate with one another if they were to be isolated together. Other than this, the TV show is used to draw attention of Pan African audience, just like the BBAfrica. So, where does the mediocrity of the BBNaija comes in?

Also, as a TV reality show, it is expected to deliver to us, firsthand, how people would react in situations. A unique, unscripted response to real-life situations. What then does the BBNaija give us? Lies? Drama? Or a script scene? Evidently, one housemate clawing at another and some others fighting and insulting each other show us what we do every day. What about the transactional sex? For every housemate who had sex with another for a transactional reason shows us truly the extent we all go for the things we want. Where then is the mediocrity of the show if it’s not telling us about us.

Do we really have to lie to each other about the things that happen in our everyday life to suit us? When people of opposite sex are together, sparks fly and they are attracted to one another. Why then do we fault the housemates because we want to deny the things we witness, the things that happen and the things we know. The only mistake and not mediocrity of the show is the fact that special privacy isn’t allocated for such in the house. Are we going to fault others for showing on a TV show exactly what could have happened to us if we were in the situation? BBNaija is no mediocre, it’s the exact replica of our lives.

Again, have you ever tried to find out whom the BBNaija are recruiting for the house? Many past housemates of the show are professionals in various field. Therefore, it would do nobody any good to blame the show for the idleness of an average Nigerian students. Bisola, an ex-housemate of the show, is an actress who has featured in some movies before she was picked. Ifu, another housemate, has achieved a lot for herself in the fashion and entertainment world before she went into the show while Miracle has also succeeded with a career in modeling. Who then will place a blame on the show for encouraging idleness, or worse, short cut to success?

What does it take in this present age to be a star if one doesn’t already have the money or influence? And one is not ready to lay on the “casting couch”.  Of course, talent is never enough, therefore, the next best thing is scandal! Scandal has a way of turning heads and getting one the right attention. This is true as the case of Bisola who didn’t “win” the show is a good example. After the show what happened? Her already blooming career skyrocketed and in no time she had her name in places. So where is the mediocrity of the reality TV show if we are not to fool ourselves into blocking a path?

Finally, the prize of the BBNaija reality TV show is usually discussed as an undeserving prize. The prize, however, I will say is very deserving for a human whose personal life has to be scrutinized and televised for millions of viewers across the world. The prize is worth it for a human who has to be locked up in a house for months with strangers he has to tolerate. The prize is worth it for one who will be used as a social experiment and whose private life and affairs would probably never be a secret again. What educational show or competition subjects competitors do that? This proves to us all that BBNaija isn’t just some mediocre show but a show which could be the foundation of research and social experimentation.