LAUTECH’S struggle for resumption: whose case is justified? 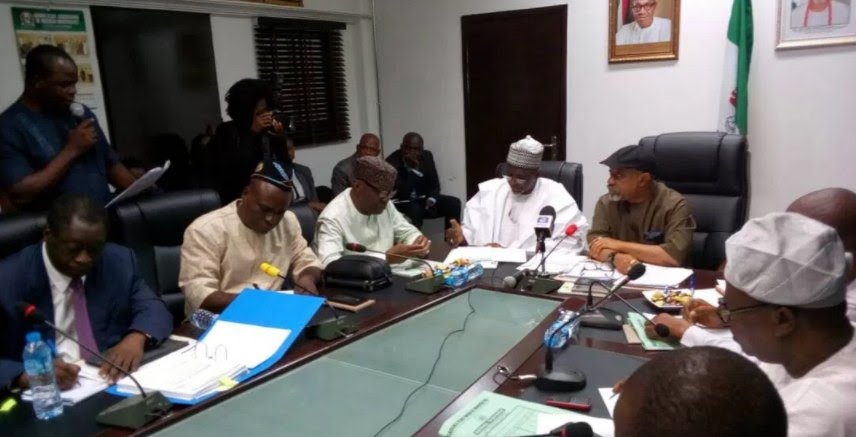 LAUTECH’S struggle for resumption: whose case is justified?

There have been numerous controversies surrounding the resumption of LAUTECH since the management of the school sent a resumption mail to the students. It was puzzling at first when the students received a mail from the school management on the first day of the year, welcoming them back to the school. Many thought it was just a formality as it’s been known by everyone that the national ASUU, which LAUTECH is part of, are on strike.

Another mail was sent a day after, reaffirming the first one, before academic calendar and timetable was released on the third day of the year. Series of mail from the management followed, which only confirms resumption and LAUTECH’s commencement of academic activities.

The Union of Campus Journalists, LAUTECH spoke with the ASUU Chairman, Dr Olaniran, to confirm if they have pulled out of the strike. It was, however, surprising when he said that the school is still on strike — because: national ASUU is yet to call off the strike. For me, I dare say that ASSU’s decision to move on with the strike is justified. Here is why.

On Monday, after the meeting with the Federal Government representatives, ASUU started a poll on her Twitter page, asking for people’s opinion on whether to call off the strike or wait for the government’s compliance. I wasn’t even surprised when a whooping 69% voted for the strike to be called off, which is understandable though, because students were tired of the delay.

But has anyone given government compliance a thought? I guess just few have.

Students need to know that without government compliance, we may find ourselves in this same situation where we’ll have to vote in an online poll, which I doubt has any effect on resumption.

Government compliance has to do with the government seeing to the demands of ASUU, some of which are 2013 MOU; proper funding for the revitalization of public universities; payment of Earned Academic Allowance; honouring the 2009 agreement; payment of salaries, among others. Attention must be paid to these issues for future occurrence of strike to be avoided.

It will be foolhardy of ASUU LAUTECH  to back out of the struggle, especially now that it has been disclosed that by unnamed sources that the Federal Government has released a sum of N15.89 billion to Nigerian Universities for the strike to be called off.

It’d be nice of LAUTECH’s school management to honour the struggle and not make the wait for the government’s compliance a wasted effort. I mean, why back out when they are so close to victory. The money earned from the released fund can in turn be used to fund the school which is in a financial crisis on its own. This can be a win-win situation for all if we just look at the bigger picture.

THE MANAGEMENT, OF COURSE!
The time for action is now. It’s never too late to do something — Antoine de Saint-Exupery

For most students of LAUTECH, the word ’striker’ is not alien to their ears. They hear this almost every time they introduce themselves, especially amidst students of other institutions who are abreast on current happenings.

Personally, a student from another institution chose to engage me after an event recently with the opening statement, “I heard your school strikes than thunder”.  Where is my pride as a student of the institution to tell him that my University has been rated more than once by Webometric as the best state University in Nigeria? Of what pride is it for any student of LAUTECH to listen to remarks about his school while he looks on barely able to find a defensive point? Of what pride is it for the university’s teaching staff to sit home while their counterparts go to work?

The constant strike is making people affiliated to LAUTECH, either by virtue of being students or workers, lose the willpower and the pride of being a part of the great citadel. The institution herself, is shredding what is left of her good reputation for each day she spends on strike.

To rectify all of these to a certain extent, a sudden call to resume arrived a few days ago. While armed with timetables and the academic calendar, the school management instructed that academic activities should resume immediately. But it is however pitiful that only a few of the ASUU members answered the call.  The others? Are a part of the National ASSU which is still on strike.

So, is it justified that the management called for resumption while the National ASSU is still on strike?

Yes, it is! What way would be better to redeem the institution’s derailing image if not resumption with stable classes and a running calendar? With so much of epileptic session where strike usually looms, a withdrawal from the strike pronounces discipline and a focus on the institution’s mission statement over other interests.

Glaringly, students of LAUTECH are behind their counterparts in other institutions where level is concerned. Therefore, it is only right that the school resumes early and starts activities to make up for lost time. The resumption of activities called for, irrespective of the ASUU strike, is highly justified for the sake of everyone in the institution, especially for students who have been spending more time in a level than necessary.

Again I wonder why ASUU LAUTECH’s members chose to be a part of the National ASUU strike when they only but turned a blind eye to the institution’s struggle for stability over the eyes.

Finally, with JAMB form out for public purchase, it is only right that the school resumes if she were to keep the students who have just been admitted. Resumption will probably give them the assumption that the school is recovering and therefore they do not need to obtain the JAMB form. Otherwise, LAUTECH will likely lose the new students if there was no resumption.