VIDEO ASSISTANT REFEREE: A MASTERSTROKE OR A MISCHIEF 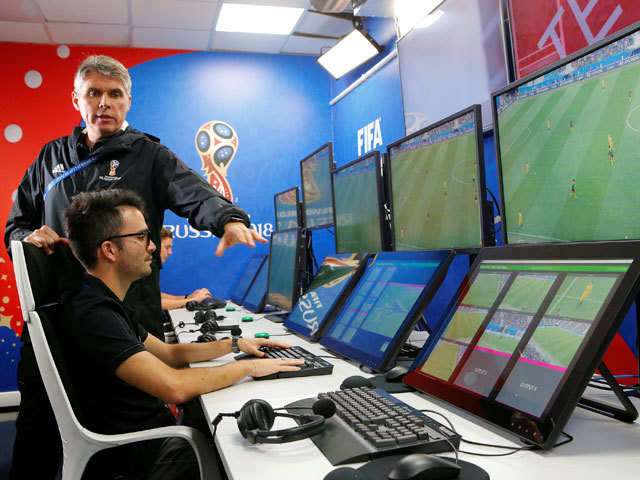 Prevention is better… sometimes there is no cure – Anon

On the 17th October, 2017, the Cape Town city welcomed Bloemfontein Celtic to the Cape Town stadium to settle their scores with legs, ball and goalposts. What hitherto had been anticipated to be a free and fair match suddenly took a downward spiral due to poor officiating. Firstly, the referee started his poor officiating crusade by disallowing an apparent and clear-cut goal. To add salt to the injury, he went further to award a penalty kick that was undeserved at the most inappropriate time. This led to the South Africa Football Association to hand months of suspension to the referee and his assistant – Cedric Muvhali and Patrick Jafta, with the condition that even when they get reinstated, they have to be supervised by senior officials.

My lords, if there is one thing football is asides being a uniting factor, it is emotional. It is so emotional that many fans of it readily personalise their clubs with first person pronouns. Ah! Barca, ma na e pa (I will deal with you). If football was a religion, I am, without an iota of doubt, certain that it would have the highest number of followers. This is a game that has led to bitter arguments and fights, simply because a party believes in Ronaldo and the other, Messi. And now, it is World Cup – a competition bigger than a person, a competition carrying attracting the attention of millions of citizens in a country as well as world leaders. If, to this end, there is one thing that needs to be done, then it is to tie all loose ends, and that, my good lords, is what the Video Assistant Referee does.

The VAR is a visual recording of the match which is communicated to the referee via headsets and can as well be assessed by him for consideration. Although a referee – like a celeb moves with bodyguards – runs up and down with linesmen, certain unforgivable irregularities are still being exhibited. With the introduction of the VAR, there is the easy accessibility to clarity on issues pertaining to whether or not a certain act has occurred, ranging from fouls to goals – gross determinants of who qualifies and who goes home. This ensures that the decisions of the referee are, to a reasonable extent, free from wrongness.

Let us not forget the unforgiving nature of human beings, especially when it pertains to their fellow humans; it is not always right when one is at loggerheads with the decision. This is why many fans would blame referees’ decision because it does not favour their side. The basic reason why these referees get blamed is because they are the ones to decide what is and what is not. However, with the VAR, referees can have a technological validation for their claims and decisions, which leaves them off the hook of incessant and undeserved complaints.

It may be said that the VAR works towards perfection – a prelude to not having debates after matches. This means that once a match has been perfectly refereed, then there cannot be point of arguments to arise thereafter, which actually is the fun in football. Yes, maybe that’s right. It should, however, be noted that in a World Cup, priority has to set in. Which is better – a poorly or an inadequately officiated match or one well officiated without or with minimal controversies? The 180 million people in Nigeria would definitely choose the latter.

In the end, the VAR prevents poor officiating and occurrences like that of Muvhala. Such occurrence could have been prevented by a video assistant referee calling the referee to order where need be. Although Muvhala was suspended, the match was deemed to have been played and Bloemfontein Celtic lost the match. As cliché as it may sound, prevention is way better than cure. 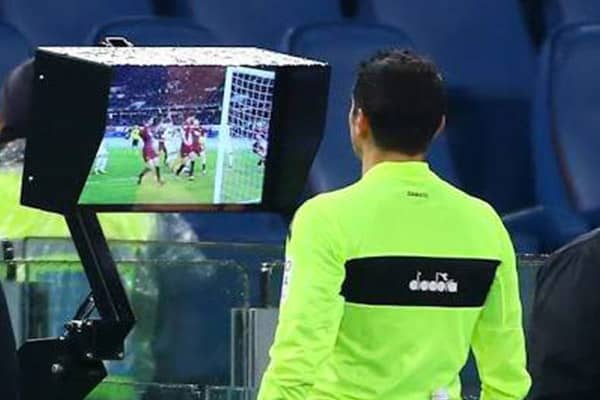 IT IS A CHIEF MISCHIEF

Football is like cracker biscuit: it can crack anywhere. Such is the case of this year’s World Cup showdown in Russia. The household names who have been tipped by bookmakers as favourites have not been favoured right. The minnows have shown that they can hold their own against the big boys. Argentina have been held by Iceland – a team of filmmakers, doctors, painters – and taken to the cleaners by European counterparts, Croatia. The Bavarians, Germany, have been humbled by Mexico – a team they whooped silly in the Confederation Cup – and had to grind out a win by the skin of their teeth against the Scandinavian – Sweden, a team without their talisman, Zlatan Ibrahimovich. Brazil have not been having it easy too neither has Les Blues of France. In short, no team has had a clear voice in the shout for the trophy.

Your Honour, it gives me immense joy to make another appearance before your keen sight this moment. My joy sprouts from the ecstasy from the recent victory Nigeria had over Iceland, a nation with 331,918 people, an equivalent of the population in Ibadan North East LGA. And because this case is the first sport hearing that has been brought before the Fourth Generation in the Courtroom my joy gives me more cuddle. You may be worried, Your Honour, what link all these have with the case at hand. Break no muscle here is the twist: joy and surprise go hand-in-glove with the game of football, and the Video Assistant Referee is gradually puncturing them.

VAR is neither a panacea for controversial calls nor will it sanitize the sport because debatable decisions are key part of the game. From Diego Maradona’s ‘hand of god’ goal that denied England a semi-final berth in Mexico 1986 World Cup to Thierry Henry handball goal that denied the Republic of Ireland qualification to 2010 world cup, we keep having century long tongue turning and mouth mooting controversies to discuss. It is part of the game. Football is a game of emotional flow and its dynamism is etched on the absence of constant interference. When these are missing, players become robots and the game becomes a film show. Naturality is lost in the process and the error margin into which the human observation is bracketed is distrusted. Why then are we humans?

According to the International Football Association Board (IFAB), whose brainchild birthed the idea, “to refer decisions to video means that players will be discouraged from deception. If they are liable to be caught for handballs and dives, and therefore punished, the hope is that they play within the rules.” – as you would expect, my co-counsel would possibly be licking his fingers if he sees this. Good judgement. But it is shrouded in half-baked reasoning. It may be correct that cheating by players is curbed by VAR but have we thought of the effect it would have on the referees too? It is simple: just like a student who already knows where the solution to an assignment is solved might not bother sitting down to do some mental romance himself, referees too might be over reliant on VAR. Therefore, it blunts their level of observatory instinct since if they don’t spot it VAR would.

I am happy Brighton and Hove Albion boss, Chris Hughton, made it here after the continuous rain almost made my witness’ flight hampered by the poor weather. Being a victim of the stings from the new technology, he does not expect the introduction of Video Assistant Referee (VAR) technology to eradicate controversy. The next voice you shall hear are his: “Am I a fan of it? I think you have to wait for the end product on that one. But I understand the reason why we are doing it, why we are trying it. Every time there’s a bad decision, there’s a clamour for better technology. I am probably a bit more of a traditionalist. For as long as we can remember there are always going to be controversies – whether it was a penalty or not or whether that ball was over the line. I don’t think any technology will clear it.” In essence, with such innovations and its corollary, we will continue to make machines control us while we castrate our senses – we leave machines to do the thinking and we do the working. Real bad.

Also, when debatable decisions are completely eradicated by VAR (of course they never can), sport analysts are also affected. There hardly would be talking points, controversies to analyse. Nothing. By implication, the art of sport analysis becomes less lucrative and more boring. What more do we need to see that the disadvantage of this innovation belies its advantage?

Well, in closing, it will also interest you to know that with VAR we have recorded error too. An innovation which was introduced to detect error is not error free itself! It was published in Arizona Daily Star (June 3, 2018) how “VAR failed to overturn a goal due to an offside” in a 2018 A-League Grand Final between Newcastle Jets FC and Melbourne Victory FC. After the game, when Melbourne had snatched a 1-0 win by an offside goal, it was then it was discovered that “the VAR software suffered a technical malfunction which prevented the assistant referee to view the replay.” This is what we have when machine takes over: We run from error and run right into another error – at times greater errors.

CONCLUSION: This column is about you; it presents the two sides of a case courtesy of two writers from different schools of thought. “Audi alteram partem” means hear the other side before passing your judgment. Take the gavel, make your decision and slam because you are the Judge in this courtroom. You can vote for the scribe whose argument you adjudge better by using the poll option below and forward your comment in the comment box below.

VIDEO ASSISTANT REFEREE: A MASTERSTROKE OR A MISCHIEF
Send comments and suggestions to 090-327-88612, 090-977-55359 or your verdict to thecourtroomng@gmail.com.
Good news: Because we are for you and you are for us, you can now bring cases to the Courtroom by suggesting topics to us. Any of mail, text or WhatsApp is just fine. We cherish you!