SHOULD BALLOTING BE EMPLOYED IN ALLOCATING ROOMS? 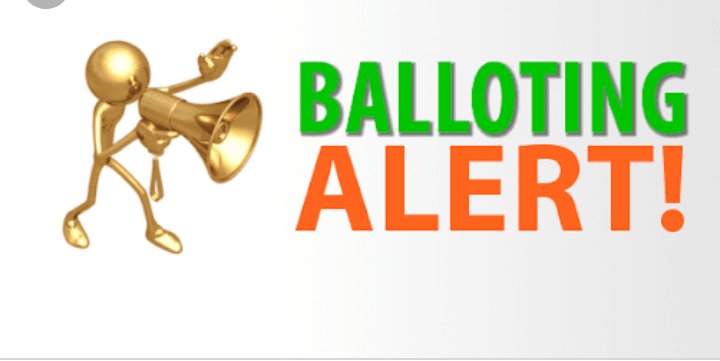 A man’s rights rest in three boxes: the ballot box, the jury box, and the cartridge box – Frederick Douglass

Today, unemployment remains one of the problems embattling Nigeria in a seemingly unending fight. Over the years, this problem has taken many turns and exemplified itself in varying ways. In 2012, about 13,000 individuals applied for a truck-driving job at a very reputable company in Nigeria. However, the company was out to select just 100, and did employ just 100 out of this relatively huge figure. This amounts to about 0.0077 percentage. Minute it is, but the company could do nothing about it. Speaking on the issue, the CEO of the said company, Aliko Dangote, remarked that in fact all those who applied had the quality needed, but “we only needed 100”.

My lords, this goes to show that in life, there is a justified explanation for virtually everything. For every situation that presents itself, there is an understanding pre-empting it. It is, in truth, one of such understanding that provides ground for balloting as a means of allocating rooms to students.

As a trite fact, there are limited spaces to accommodate all students, and as such, the school cannot accommodate all. It is just a matter of natural dictate that some have to find their ways into the ever-welcoming hood of Agbowo, Orogun or other neighbouring areas. And for some, they have to come from home every day. It should, however, be noted that the balloting strategy does not play out when it comes to the accommodation of freshmen and finalists whom the school has mandated that they be provided with accommodation. This strategy only finds expression when matters reach the shores of stale members whose matters sit at the dregs of the scale of preference. So, it is understandable.

It is understandable because balloting is one viable way to ensure that each and every person is put on a levelled playground, and yet the motive of limited accommodation is satisfied. Although many may drag this strategy in the pool of unfairness, it is actually fair on the flip side. Let us agree that are 90 spaces to 180 stale students, it does not take a set of contacts, or corrective lenses to see that about 90 students would not be accommodated. As such, using balloting, there would be 90 wrapped papers containing yes, and 90 containing no. This means that, in all fairness, each and every individual is presented with an opportunity to pick a “yes” much as they could pick a “no”. So, in this regard, it is safe to say that balloting is fair, and given the stringent circumstances that obtain, it should be employed.

And it need not be stressed any further that accommodation for the said returning students has readily been declared optional and unguaranteed. This, impliedly, means you may or may not get. So, in fact, the situation has already been subjected to the understanding behind the concept of balloting. That is, you may or may not get. It is more like engaging in a raffle draw, and saying winners should not be selected randomly, when the word raffle outright suggests random. Lol. In the same vein, balloting finds significance in the subject of discourse because, readily, returning students are not guaranteed accommodation.

My opposing counsel may propose that there are other metrics that could be used to allocate rooms rather than balloting; such as the consideration of cumulative grade points. However, this is already is in use, as certain individuals who are on the brighter side of their academics do submit their transcripts to augment their consideration for accommodation. In fact, in many halls of residence, those who have served the hall in one significant way or the other are considered for subsequent accommodation as well. However, all these do not invalidate the use of balloting where it is due. This is because while grade points and service to the hall only favour those who possess them, balloting avails all those who take part similar levels of chances, regardless of their consideration.

In conclusion, the concept of balloting, in its real sense, should stand, because it is one way to make sure that the entire process of accommodation is not politicized. Asides being suggestively fit for the purpose, it is a way for the common man to be assessed on the same grounds as the privileged few.

If your only tool is a hammer, you will see every problem as a nail — Gambian Maxim

The Final of this weekend’s Champions League has hauled barrage of talking points at football enthusiasts. “Judas Is-Karius” howlers. Madrid’s third European crown in a row. Bale’s unprecedented star man show. Carvajal’s world cup miss out. Ramos’ ruffle with Salah’s arm. Your Honour, I have not come to run commentary of a European Cup Final match in the Courtroom. I’m not on Sky Sport; I know. I must admit, sincerely, I’m pained about the loss. If only…

Pardon my lateness to today’s hearing. My journey from Kiev was tinted with rues. So I kept having stopovers and mare’s nest. You won’t blame me. Persons who miss out on securing accommodation due to balloting also feel the same way – if not way worse. And, AlhamdulilLah, I was able to feel something close this weekend. So, I believe I’m in poll position to speak for them: against balloting.

So that you may know what is meant by balloting in the UI parlance, it behoves me to ensure we are at parity with clarity on the concept. Balloting is a system used by the two Queen Halls in the University of Ibadan – Queen Idia Hall and Queen Elizabeth II Hall – in allotting rooms to residents. In this exercise, your fate of securing a bed space in your Hall is tied to whether or not your fingers pick a ‘Yes’ or a ‘No’. In other words, allocation of rooms to returning students of either of these Halls is based on chance – more like bets. And to the question should it be employed in allocating room, the sharp answer is no! Because such fates should not be moulded on chance but rather, credibility.

Streaming down from the above, the concept of balloting is in itself flawed. One of such reasons for this is that it is not a random exercise as it ought to. In picking samples, in statistics, after every selection, the urn containing the lots must be reshuffled; but reverse is the case here. Therefore, trusting or accepting whatever fate hurls at one in the course of balloting is in itself flawed. Hence, should not be adopted for accommodation allocation.

Also, the process’ windows and doors are open to bias. Rather than everyone having equal chance of picking a yes or a no, ones chances are also fiddle in the hands of those in charge. We have heard of cases in Idia Hall of how the Yeses available are reserved for some persons, and the Noes for the rest. Meaning it is prone to bias and repulsive to transparency. Drawing from this, employing such means in allocating rooms is against the credo of our academic community which is “to contribute to the transformation of society through creativity and innovation.”

Being a statistician in the brew, I should also add this. In statistics, the concept of balloting is likened to random sampling. And one of the disadvantages of this system is that it removes universal diversity. During balloting, chances are that there will be imbalance in the representatives of students from each faculty and department. At the end of the balloting, students of a particular department may not be represented in the Hall – and who says students of a faculty can’t be left out too? Is it not about chance?

Again, being a subject of balloting three times of her studentship, Akintola Ruqoyyah of the Faculty of Law final class is a worthy witness I have brought before Your Honour. Hear her speak: “For this year’s, there was separation of different levels for reasons best known to them. What the criteria were for balloting, I don’t know. And out of a set, there was just 10% of yes got, allegedly. Over time, I abhor the idea.” She didn’t stop there; she gave the basis for it not being a good means of allocating room. “Being a victim, I might say, it’s been worse for me. This all boils down to the fact that they are inconsistent and not transparent with the accommodation process, I believe.” Your Honour, what more do we need to hear? Balloting is a no, no!

In replacement, on a final note, I suggest, instead of balloting, Idia and Queens Halls can devise the strategy of Tedder Hall in the allocation of finalists block to residents. In Tedder Hall, CGPA is used in determining who secures a room there and who not. That speaks more volume of sense than the premeditated torture of balloting. Happy Children’s Day. Happy Democracy Day.

CONCLUSION: This column is about you; it presents the two sides of a case courtesy of two writers from different schools of thought. “Audi alteram partem” means hear the other side before passing your judgment. Take the gavel, make your decision and slam because you are the Judge in this courtroom. You can vote for the scribe whose argument you adjudge better by using the poll option below and forward your comment in the comment box below.
SHOULD BALLOTING BE EMPLOYED IN ALLOCATING ROOMS??
Send comments and suggestions to 090-327-88612, 090-977-55359 or your verdict to thecourtroomng@gmail.com.
Good news: Because we are for you and you are for us, you can now bring cases to the Courtroom by suggesting topics to us. Any of mail, text or WhatsApp is just fine. We cherish you!