IS IT TIME TO REINSTATE THE UNION? 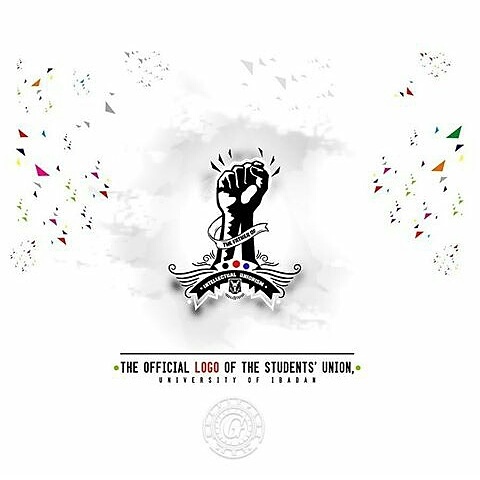 A people cannot be said to exist without their government – Anon

It does not take a corrective lens, or far-reaching binoculars to see that students’ unionism is on a downward spiral. In the absence of the students’ union, complaints of the students no longer go beyond the shores of the palate. Very recently, I was conversing with a 300 level student who remarked; “in the absence of the students’ union, there is kuku nothing we can do”. And before you say that each individual can voice their opinions without the Union, understand that the union provides an umbrella for the entirety of the students, such that where a person makes a reasonable complaint, he enjoys the identification with union. An injustice to one is an injustice to all; this over-flogged, yet relevant statement provides a level of solace for each and every student voicing their opinions and complaints. But, now that the union is absent, unionism has reduced into two extremities; either you fight and fight alone or you do not go near fighting at all.

My lords, should we even speak of extortion which has now added a cap of pride, and then this courtroom would not suffice our arguments. It is one thing to extort someone, and it is another to do such with a resounding level of pride. Do not think too far, I speak majorly of okada riders; those who operated while the union was alive as though they are very law abiding, offering their services at the regulated cost. Now, prices are determined by will and negotiation. It is so bad that some of them will tell you that “oya sha pay 70” for a place that is meant to be carried at the rate of 50 naira. Yet, if you refuse to pay, they would also refuse to go. This insolence cum pride is resultant of the absence of unionism, as regulated prices would have normally been released at the inception of each session. So, if there is one thing that need be emphasised, it is the reinstatement of the union, as indirectly that would be reviving what’s lost.

Since the union lost the mantle of power, which the school management is not in haste of returning, as exemplified by the refurbishing of the damaged part of Tedder hall without a corresponding effect on the affected part of the Students’ Union Building occasioned by same cause, the schools’ environment has not been like one. The Union adds spices and ginger to the school life, and that is what adds life to schooling. By this time, we should have had our regular freshers week garnished with flavoured activities wherein the sight can be fed, stomach can be served and one can ease the tension of the whole day. Not just that, there are varying competitions facilitated by the Union just to make sure school is not dry. But, as it stands now, school is so dry that it would mop a wet ground and still remain dry.

My lords, arguments may be advanced that students’ unionism disrupt academic sessions. Yes, it does, though not at all times. However, it has been said over and over that nothing good comes easily, or better still, nothing is free even in Freetown. If truly certain situations are to be regulated, and certain fights won, then certain sacrifices have to be made. Moreover, it is not as though students’ union take to the roads each and every time issues arise, asides the fact that they are compelled to do so by a congress of students, they also firstly try other mild means. Or my Lords shall we, because of those who want a hitch-free academic session, reduce our life to zombie state of existence? I say no

In conclusion, if there is a question that should be found on the lip of every student, it should not be where their assurance is. Rather, where our union is. 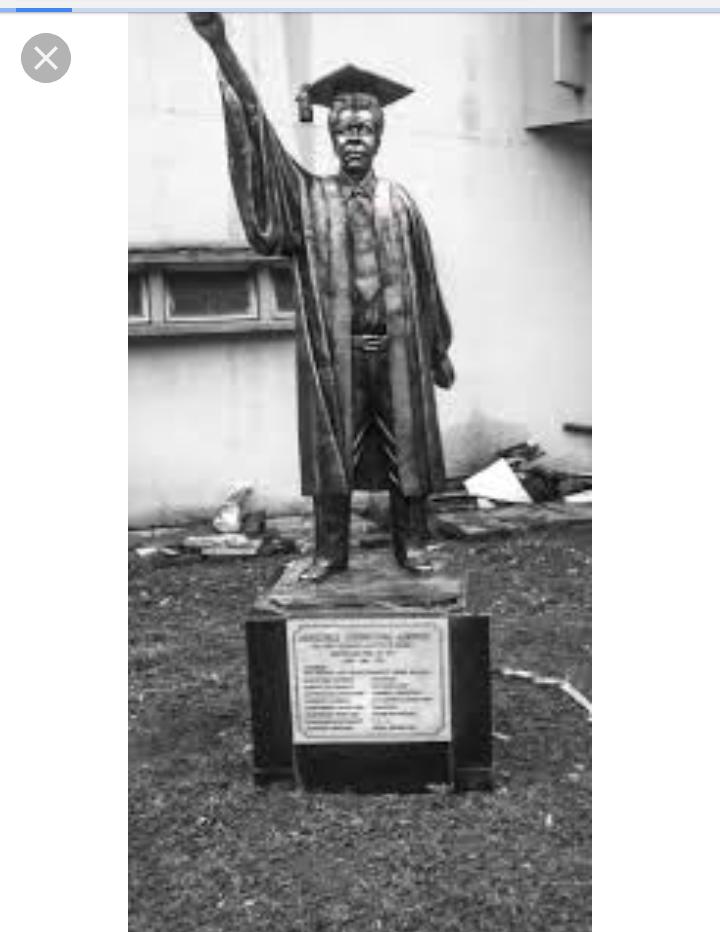 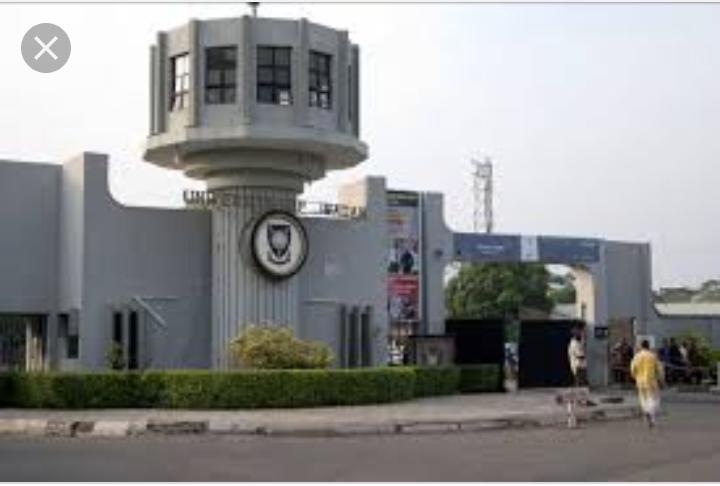 “Success is going from failure to failure without loss of enthusiasm.” — Sir Winston Leonard Spencer-Churchill.

This very moment, only a week separates us from a complete year since the Students’ Union was shockingly suspended. So, let’s say it is a year already. The question that has been dancing to the lyrics of ‘DJ Transmission’ – even though some may not say it – is when will our Union, our most revered asset as students, ever be reinstated? Hence, the poser: is it time to reinstate the Union, our Union. Your Honour, like the Day 6 crescent of Ramadan, my stand is clear in this argument: No.

Before we can categorically say it is time to reinstate the Students’ Union, then we have to in the same light examine whether or not it has been missed. In a synonymous manner, has the Union been missed? Your Honour, the sharp answer is no. Or has it? Has anything changed ever since the Union was withheld? Have we had cases of incessant extortion by transporters? Have food vendors decided to hike the prices of their ‘per spoon’ and ‘per wrap’ meals? Have we heard so many cases of molestation? Certainly not. Or aren’t these the struggle the Union claims to be the vanguard of? Therefore, since these parameters, being the reason upon which the clamour for the reinstatement of the Union is etched, are not disturbed, it is safe to say that the Union hasn’t been missed; and as such, not due for reinstatement – at least for now.

Moving on, if we may, when the Union wasn’t on hold, how much feat did it achieve? How many cases did it win? How many students saw the Union as a succour to the aggressive university climate? Your Honour, we may because of modesty make a case for the Union by saying that at least the Union did try. Try. No crime in trying. In fact, if we don’t try we can’t win. But for how long are we going to keep trying? When will we scratch the surface and hit our target? See, it is until we are able to sharpen the blunt edges of the weaponry in the Union’s arsenal, its existence won’t be any better than its suspension. So were we to ascertain the due time for the reinstatement of the Union, we equally need to ascertain what is in place in terms of creativity in repressing oppression, legal backing in curbing the excesses of the management, leadership astuteness in leading the youthful vibrancy in the school. Your Honour, for now, all of these aren’t in place. Until they are the Union is still not due for reinstatement.
It may be claimed that the leadership voice of the student has been gagged by the non-reinstatement of the Union. This is far from true. At least, the Union in our departments, faculties and halls still exist. If you may, how much of this have we put to use? If we have put so much to use and we have the desired result, it means we have found a lasting solution. If we haven’t, then we first need to before talking of the central Union. Because if we don’t get it right from the grassroots, where can we ever get it right?

Again, in case you are from the same school of thought as my co-counsel who clamours that the reinstatement of the Union is long overdue, I have news for you. Here in the University, second semesters are always build up to the electioneering season of first semester. Therefore, I posit, if we are to determine the nowness of the reinstatement of the Union, second semester is the best time. Then, ban can be raised, campaigns can begin, election can then follow. Your Honour, till then – not now.

All that said. In light of the above, I still maintain that the Union is not due for reinstatement. This is because some of the elected executives in the last election have graduated. Now, were the Union to be reinstated now, who would return as the President? Ojo? OK, Ojo hasn’t graduated. Agreed. Who serves as the General Secretary? Boko? Of course not! In essence, this period is not the best time for the reinstatement of the Union.
Not only that. We have to be able to know whether or not the students themselves are ready or whether or not certain strategies are in place to forestall any repetition of this kind of suspension in the future. Since we can’t, please let’s donate our mouths to something new, something different, something we are more ready for.

CONCLUSION: This column is about you; it presents the two sides of a case courtesy of two writers from different schools of thought. “Audi alteram partem” means hear the other side before passing your judgment. Take the gavel, make your decision and slam because you are the Judge in this courtroom. You can vote for the scribe whose argument you adjudge better by using the poll option below and forward your comment in the comment box below.
IS IT TIME TO REINSTATE THE UNION??
Send comments and suggestions to 090-327-88612, 090-977-55359 or your verdict to thecourtroomng@gmail.com.
Good news: Because we are for you and you are for us, you can now bring cases to the Courtroom by suggesting topics to us. Any of mail, text or WhatsApp is just fine. We cherish you!