Is Buhari’s statement on the laziness of the youths worth the criticism it received? 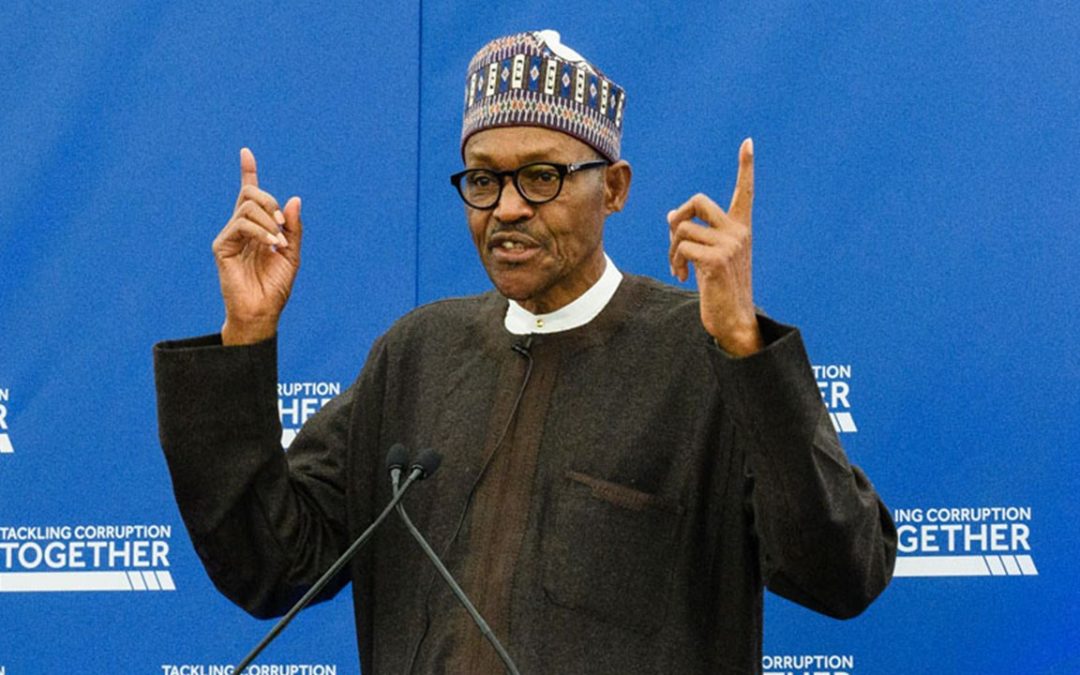 THERE IS ONLY ONE ANSWER: YES!

You do not ask for yam when you have planted onions. – Aphorism

If there is one thing the Buhari led administration has proven to be dexterous with, it is not engineering the country from a state of national redundancy to that of international cognizance. Neither is it of breathing life to phenomenal projects that would spur the nation into greatness. In fact, it is not the art of changing our lives for the better despite the level of noise they made about that. It is, sadly, that of finding faults. If there were a google version that finds fault, it would be called Buhari.

The administration is so good with the pointing of fingers that the only corrupt politicians in the nation are from the opposing party. It has attributed all the failures of the government to past administrations and the umbrella party, while it heaps itself with undeserved glory. But this time, it went too far in its art of pointing and ended up puncturing the annoyance reserve of the youthful Nigerians who are diligently trying to find meaning in an expressionless Nigeria. He said this youthful population sit down and do nothing. Rightly put, he meant they are youthful, but not useful. Haba!

Milords, you may not choose to particularly say yes today, you may go American and say yeah, kiss French and say oui, or wear Italian and say si.But there is not a more right way than answering this in the affirmative.

Year in, year out, we hear that youth are politically apathetic, they have no interest in well-meaning projects, and that they have refused to be diligent. In fact, a namesake of our President, AbdulFatai Buhari, did say in 2017 that youth have been made e-rat. Is talk not too cheap for these ones? We hear all these appalling stories painting youth badly, but we do not hear the back stories, because things have not always been like this. In a country that has adopted failure as its synonym; nothing becomes easier than losing interest, and losing focus. Several youthful individuals leave school and become hopeless. The efforts of those who struggle to keep their head above water are doused by the embers of limited opportunities. Their struggle dissolves into maintaining a balance between making ends meet and being politically conscious. But we all know that when things degenerate into this level, the former takes more bearing. Others that are not doing this are busy making friends with some white men on the internet. They also claim that the country has nothing to offer them. Well…

Yet, a leader finds it comfortable to say these ones sit down and do nothing. Even if there is an iota of justification in his statement, it is grossly ignoble for a leader to line out his followers in such dirty fabric in the open – in a Commonwealth business forum; he brought us to disrepute with such irrationally heavy generalization. Milords, as cliché as it sounds, people call you what you call yourself. The President depicted us as lazy.

Going further, timing is essential to statements and appearances. You don’t wear fancy clothes to a funeral. You don’t show off your newly acquired wristwatch when you are a debtor. You may be versatile in singing, but you don’t attend formal events, and start shouting Woss Woss Wobi. Timing is to statements, what mood is to the body. It determines the acceptance. Even if the President is going to subtly tongue-lash his citizens, it is not when the country still grapples with phenomenal problems majorly heralding from the actions and inactions of the government. There is virtually nothing astounding that this administration can point to as a worthy feat. It is an administration living with uttermost rejection in people’s heart. This is the obtainable irony when a supposed Messiah takes you by surprise and starts running up and down to save his life and second term.

Recently in 2018, the World Bank released the list of top 10 fast-growing economies in the world, out of which 6 are from Africa. The list includes Ethiopia, Cote d’Ivoire, Djibouti, Senegal, Tanzania, and our very own … Ghana. No, it is not Nigeria. Why should it be? But really, should it not be? If truly our government is not a reflection of what it called us; if truly they do not just sit and do nothing, should it not be? These are the things our government does not possess that make it unfit to depict us as lazy. 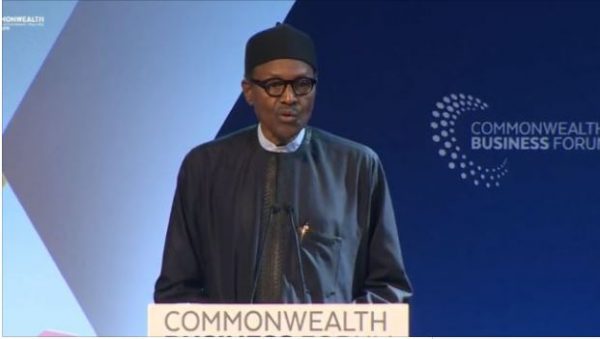 By now, I know you already know the comment in question. Oh my! Forgive me Your Honour for storming before your honourable presence after weeks of being away from your keen watch without a word of homage. I welcome you back to yet again another academic year of incessant jerks to jack, stress, bedbugs, Anopheles, blackout and, who knows, strike. Your Honour, today, I choose not to bore you with stories of our bloody the bandwidth of the social media has been since the dawn of the week. So, hear me out.

For the records, here is Mr President’s statement that concerns this case: “More than 60 percent of the population is below 30, a lot of them (underline “a lot of them”) haven’t been to school and they are claiming that Nigeria is an oil producing country, therefore, they should sit and do nothing, and get housing, healthcare, education free.” Two things to draw from this. The first is the phrase “a lot of them” – meaning even though Mr President’s statement stands, it is not true for all youths; there are exceptions. The second is the absence of the word “lazy”, unlike the open field of social media has been littered with. What exactly is the fuss about Buhari’s statement?

Before I move on, I have a poser. Were the President to have said all Nigerians youths are hardworking. Were he to have showered superfluous encomiums on them before the eyesight of the world, would he have received an equal amount of backlash? In fact, would that have changed the fact? Would it have altered the state of the lazy ones and the hard working ones? So, what then is the fuss about his statement?

On another thought, doesn’t Buhari’s comment hold any iota of truth? The simple answer is: it does. Why? Yes, it is true that there are hard working and fantastic Nigerian youths everywhere. However, every other day you set out on the road of Lagos and everywhere else you see agberos (touts) scattered like a scatter diagram on the road, extorting motorists and causing undue nuisances on the motorways. Aren’t they youths? Are they not lazy? Marauding herdsmen, are they old men? Is that hard work too? Has anyone seen elderly persons among Boko Haram and Niger Delta militant – whom I feel the President was referring to? What of the area boys and almajiri balderdash? Are the mentally crippled Yahoo boys any different? What, exactly, is the fuss about his statement?

By the way, Buhari hasn’t said anything new; neither is he a new mouth to have made a similar statement – many mouths had. We should even praise him for being mild. In a media chat on May 17, 2016, Governor Dickson was alleged to have said, “Bayelsans are so lazy, they want everything free, they don’t want to work.” The publication of September 25, 2017, of a northern-based newspaper reportedly attributed, “Northerners are lazy” to Alhaji Atiku Abubakar. Senator Shehu Sani was even blunter when the Daily Post Newspaper of December 22, 2017, said he said, “Northerners are lazy and unproductive”. Again it was reported in a BBC service interview with General Babangida (rtd) on April 16, 2010, that, “The Nigerian youth is useless, cannot lead.” Your Honour, I’m not done. Not just yet.

In July 1974, Chief Obafemi Awolowo delivered a speech at Chief Gani Fawehinmi’s book launch, People’s Rights to Free Education At All Levels. The former Western Premier came out to weep the youths with words, “The trouble with many of our youths is that they sleep too much; play too much, and indulge too much in idle chatter and gossip.” Your Honour, it will interest you to know that during a town hall event overseas, ex-President Barrack Obama referred to Americans as lazy. If indeed the statements abovementioned were made by the said persons, who in their own right have national significance, it stands to reason that Buhari has not said anything new. What on earth is the fuss about this statement?!

One last thing before I take a rest. Isn’t it the same Buhari that spoke truth to power at the same Commonwealth Heads of Government Business Forum in Westminster when Theresa May, British Prime Minister, urged Nigeria and other countries to revoke laws banning same-sex marriage? Hadn’t Buhari said “It is not our culture for a man to marry a man and a woman to marry a woman, the only challenges we have in Nigeria are insecurity and corruption. We will live better without same-sex”? Why haven’t we come out to praise this too? Remind again what the definition of double standard is!
I rest. 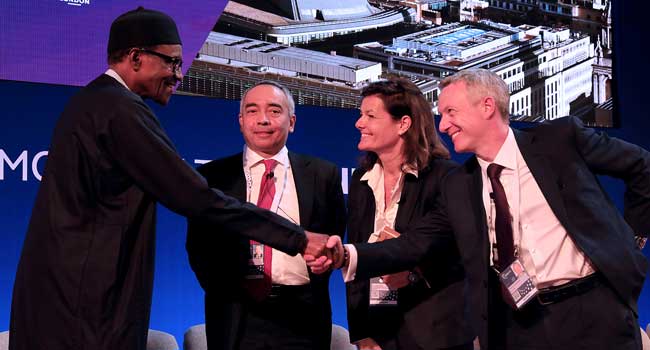 CONCLUSION: This column is about you; it presents the two sides of a case courtesy of two writers from different schools of thought. “Audi alteram partem” means hear the other side before passing your judgment. Take the gavel, make your decision and slam because you are the Judge in this courtroom. You can vote for the scribe whose argument you adjudge better by using the poll option below and forward your comment in the comment box below.
IS THE BUHARI STATEMENT ON THE LAZINESS OF YOUTH WORTH THE CRITICISM IT RECEIVED?
Send comments and suggestions to 090-327-88612, 090-977-55359 or your verdict to thecourtroomng@gmail.com.
Good news: Because we are for you and you are for us, you can now bring cases to the Courtroom by suggesting topics to us. Any of mail, text or WhatsApp is just fine. We cherish you!