THE INCREMENT IN ACCEPTANCE FEE, WARRANTED? 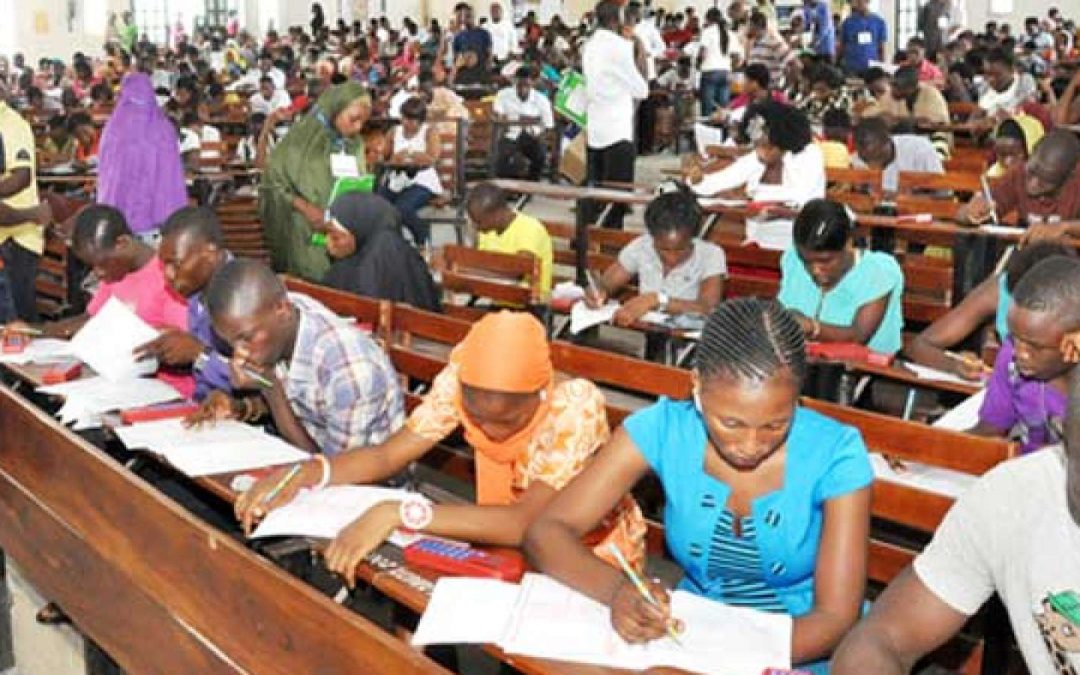 No bones about it, warranted.

“You can have anything in this world you want; if you want it badly enough and you’re willing to pay the price,” were the words of Mary Kay Ash

Early this week, at my placement for Industrial Training (IT) in Victoria Island, Lagos, the contents of my stomach had valid reason to rumble. On dashing to the street, it did not take much time before I spotted one April’s Kitchen. When I got in, I knew I was in for it. I settled into one of the neatly arranged foamy cushions which were coloured brown and black. I ordered for rice, of which a portion, as it was called, sells for 200 Naira. For me not to trek home, the threshold I must not exceed is 300 Naira; so I added plantain of 100 Naira to complete the menu. I ate in peace amidst nostalgia, regret and hunger.

Your Honour, to slim fit my super story, the meal reminded me of Tedder Hall’s Klazz restaurant. In Klazz, 200 Naira worth of rice would have six spoons scooped into your plate. But here is April’s, hardly can a rice of equal amount measure up to three spoons. Yet, opposite me was a couple who ate with smile almost falling from their mouths. Your Honour, what can be drawn from this is that one phenomenon distances April’s from Klazz. That phenomenon is called value cum class. By the same token, University of Ibadan is to other universities what April’s is to Klazz. Thus, paying 35,000 as acceptance fee into the institution is clearly warranted.

From the foregoing, gaining admission into this great institution is usually accompanied by great deal of fulfilment similar to that of a virgin bride on her wedding night. This is so not only because it is the Premier University or because it is the best the nation has on its soil. But because, aside being ranked fourteenth best in Africa, it is a fountainhead to some of the best brains Africa prides herself with. Thus, no amount can be said to be too much for the value every admitted student stands to get. If Warren Buffett were here he might have simply reminded us that, “Price is what you pay. Value is what you get.” It is simple: if you want value, you must pay for it.

Moving forward, we can blame the management for as much as we like for the increment in acceptance fee. It is allowed — exactly how Napoleon Hill puts it: “The fear of criticism is at the bottom of the destruction of most ideas which never reach the planning and action stage.” But then have we not seen students spend almost the same amount on not-too-worthwhile ventures? Your Honour, I have seen a student and heard of more who paid for five different dinners, each costing nothing less than 5000 Naira. I have roommates who would rather buy moccasins of 20,000 or loafers of 30,000 rather than buy textbook of 3,000. Even the smartphones that are the vogue in town would go for more than the amount in question, and it is the dream of many. When such phones are lost, they are often replaced in record time. Yet, this same set of people would complain of increment! Abah! This is “mouth-ajaring”.

I won’t pretend as if I do not know that the proboscis of economic crisis is sucking the lifeblood of Nigerians. How could I? In fact, you need not look far; the story I began with tells it better. The truth is that the prices of commodities have continued to rise like Garri Ijebu does. Therefore, to expect stagnancy or decrement in the acceptance fee while there is increment in the prices of commodities is a slap on logic’s face. Who does that? Is the management going to be exempted from buying for high price? Had prices remained unchanged, then, it would have been a different ball game. But since that is not so, the increase is warranted.

If you feel paying 35, 000 as the fee for accepting to be educated in the Premier University is too much, please try ignorance. One thing is established though: no matter the number of push-up done by the lizard, it can — and will — never be as muscular as the alligator. Therefore, whoever feels the acceptance fee is unacceptable should seek solace in cheap ignorance. In the end it will be clear that the former cannot be as intellectually muscular as the latter. No bones about that. I rise. 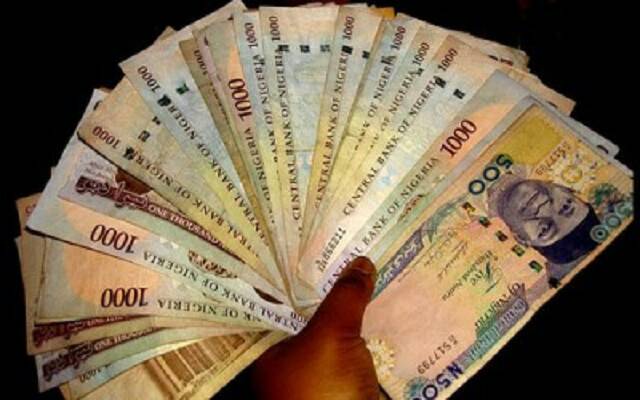 No! Not even if there was a warranty.

Education is our right. We should be cutting tuition fees, not raising them — Malia Bouttia

My lords, I find it very funny that prior to paying school fees, newly admitted students have to pay to accept their admission into the school. And such payment is not a joke. In fact, failure to pay could lead to forfeiture of the premature admission. This is the way things operate around here. However my lords, even if new students are going to make such unfounded payment, it should not work hardship on the said students. But no, the acceptance fee in the University keeps levelling up year after year like an annual promotion. Once, it was N14, 000 then 20, 25, 30 and now 35. It keeps on rising fast – as fast as February finishes. Yet, we do not see the relevance.

Firstly, I have put on my search glasses and increased the focus of the lens. But still, I do not see the corresponding value derived for the payment of acceptance fee. In 2017, the University admitted about 3, 500 students, with each student paying the sum of N30, 000 as acceptance fee. This amounts to about N105, 000, 000 made by the school. Yet, there is no corresponding improvement in the school’s facilities. Our toilets remain in bad shape, leaving students susceptible to different kind of infections. Our rooms have been wreaked by bugs ever since the start of the semester, leaving one to wonder whether they were fumigated in the first place. These are more are the situations obtainable within the campus, and are apparently not going to change even if the newly admitted students paid a sum higher than N35, 000.

My lords, increment in acceptance fee is not warranted, and I am not alone in this. I carry with me the voice of Students’ Union, who, before its suspension, has always fought against it every time such happened. And when this fight surfaces, the School is ever ready to say that the newly admitted students do not fall under the ambits of Students’ Union, until matriculated. Matriculation of which only comes after the payment of acceptance fee. Even though the fight has always proved futile, the dissatisfaction of the Union remains registered.

My lord, we need to understand that many people aspire to be admitted into University of Ibadan, not just because the School has acquired some standard over the years, or the prestige it has got. Rather, because of the affordability of the school fees. We need to realize that not everyone who seeks education has the financial capacity to back the demand. How then is it heard that during this constant economic hardship and inadequate remuneration, parents, guardians, and self-sponsored students are to go some 35,000 miles just to make sure their children, and they respectively get to put on some blue caps and gowns? What then should be the fate of those who cannot afford it? My lords, as trivial as this may sound, it could be one of the reasons the University, in 2017, admitted 3, 558 students. Yet, only matriculated 3, 502.

It should however be noted that the journey of a thousand mile in this case does not stop with payment of acceptance fee. It extends to the payment of school fees of about the same amount, the payment for accommodation, which is optional though. Then, a student gets buried under tons of other payments ranging from faculty dues to hall dues to this to that. Yet, bearing this in mind, the school’s acceptance fee keeps skyrocketing like bids in an auction sale. We need to understand that not everyone is well to do, not everyone can foot the bills. And let us be spared with the argument that the money will always be found when needed. Yes, it may. In fact, it would. But, at the expense of what? At the expense of one child placing a restraint on the schooling and feeding of other members of the family? Or at the expense of having to drain all there is on admission ceremony with no consideration for life after admission?

My lords, even though it is unenforceable, education remains our right. And just like Malia, I say we should be cutting acceptance fee, not increasing it. 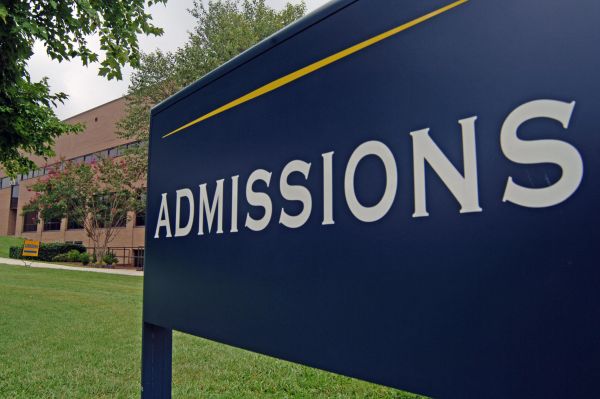 CONCLUSION: This column is about you; it presents the two sides of a case courtesy of two writers from different schools of thought. “Audi alteram partem” means hear the other side before passing your judgment. Take the gavel, make your decision and slam because you are the Judge in this courtroom. You can vote for the scribe whose argument you adjudge better by using the poll option below and forward your comment in the comment box below.
THE INCREMENT IN ACCEPTANCE FEE, WARRANTED?
Send comments and suggestions to 090-327-88612, 090-977-55359 or your verdict to thecourtroomng@gmail.com.