ARE MEMBERS OF NASU REALLY RELEVANT?

The whole is nothing without its part — ANON

Many of us grew up having our first taste of seasonal movies as one of Prison break, Legend of the Seeker and the man who the destiny of a great kingdom rests on, Merlin. Merlin, as a movie, basically portrays the life of two individuals of radically different classes; Prince Arthur, the noble one who is skilled in swordsmanship and Merlin, the serf who begets magical powers. However, while the Prince always comes out as the man of the hour, it is rather ironic that the serf is the one who, usually, does the work of the hour, but he remains behind the scene.

Fellow citizens of the Premier Kingdom, this is not to turn the Courtroom into a storytelling arena, neither is it to give preference to the reign of magic; but to avert our minds to the seemingly similar relationship that lies between the Academic Staff Union of Universities comprising lecturers among others, and Non Academic Staff Union of Universities comprising secretaries, maintenance officers among the rest. My Lords, in much the same vein as Merlin, the fate of University of Ibadan rests on the shoulders and heads of those men in charge of the basic amenities of the school. They are the ones who bear the sacrifices that make our lives smooth as students, while keeping our sanity as human beings.

It is no doubt that the quality of the students in a school and standard of such school are as intertwined as the koko waves of a madman; inseparable. As students, we come to school to basically acquire knowledge. We learn in and out of the four walls of the classroom just to make sure we do not repeat the same class. After some 10, 12 weeks of unabridged outpour of materials, and consistent learning, the system puts us to test via examination. And while many, most especially the wounded, hold the thought that exam is not a true test of knowledge, the outcome of the exam, regardless, shapes people’s perception about you and serves as a basis for assessing the school’s success yearly. Now, one needs not a photographer to take a look at the picture of a total blackout during the period of exams. It is as blank as the sheet of most students that write papers in such period. Yet, these are the examinations that will determine how well students have fared.

Permit me to call into the witness box Mr Oladipo Fimihan, who took to the Official Group Page of the Students’ Union on Thursday, 1st February, 2018. He had these to say;
So exams can hold even when there is NASU strike…, but to give us light to read is now a big problem, really? 3 exams in 2 days, and no light to read for them. It’s really unfair. mtcheeww.
My lords, Mr Fimihan has only spoken the minds of many that have felt the absence of NASU.

Furthermore, as a result of inadequate electricity, a number of other things have been cut short, one of which is water supply. Students now have to leave like savages, suspend bathing till water is available, which is uncertain anyway. They also stand the risk of anyone entering the hall, including thieves and other unwanted elements.

This does not stop there, as the absence of members of NASU has made distance between lecturers and their students wider. This is due to the unavailability of their secretaries, and as such you have to keep chasing after them with timely calls just to make sure you do not miss an appointment. As a result of these inadequacies, many have promised to pack their bags in earnest.

My lords, it is time we realized that works are delineated for purposes. What NASU can do, ASUU can’t, no they can’t! They have too many degrees to pump water, handle maintenance, serve letters and make activities smooth.

In the end, before Prince Arthur realized the work Merlin had been doing over the years, the Prince was already at the brink of death. ASUU fulfils the purpose of our stay, while NASU makes the stay worthwhile. I only hope too many things do not spoil before we realize the essence of a refrigerator. 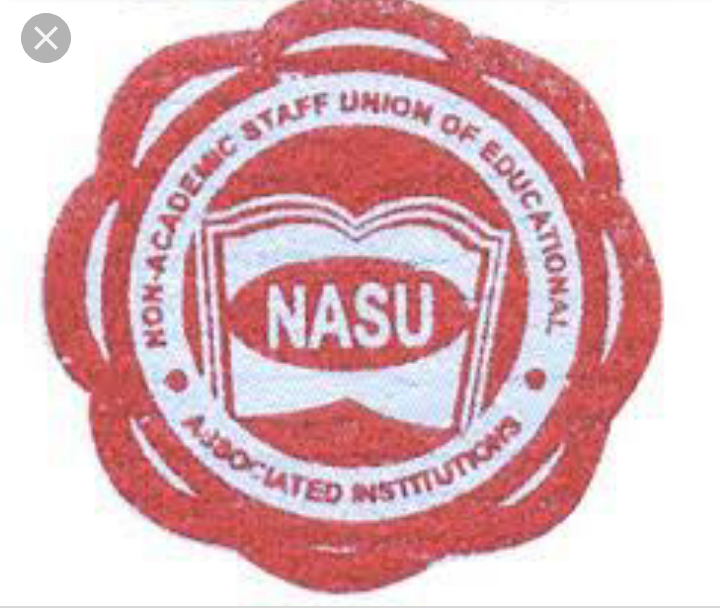 “Do not tell the man who is carrying you that he stinks – Sierra Leonean Maxim.

Were a horse to gallop in my heart, it would neither stumble nor tumble. Your Honour, my delight knows no bounds as I make yet another appearance before this Impartial Jury. Two months away from your insightful eyes and nimble minds is two months too many. I wish you unbridled success in the ongoing NASU-impeded examinations. And for some of you who are holidaying in the City of Home, happy stay at home as you bade bye to vagrancy, perpetual blackout, drought, blood-thirsty Anopheles and, more notably, strike.

Away from my exordium; today, the defendant in the dock is the National Academic Staff Union, NASU. Owing to their recent Ballotellian stunts and Peperic hassles, a suit has been levelled against them. Their relevance to the academia has been brought under the knife. So, I appear before this Jury to make you see, in its clear picture, the irrelevance of the said Union with my surgical tools of facts, logic and persuasion. But before I move on I have some questions.

Your Honour, how many times have you had to suffer elongation of your supposed years on campus because of NASU strike in the name of ‘the management did not meet our needs’ or ‘we are being shortchanged by the government’? How many times have you had to live like savage and write exams under the worst of conditions for a reason you did not cause? Numbers out of mind, I bet. This is what you get when there is proliferation of Unions (I recently got to know we also have NAAT. Only God knows what they have contributed to the development of the school). In Madagascar, it is a habit of any Malagasy to proverb that, By getting angry, you show you are wrong. And, in fact, from the point view of a student, such strikes many a time are irrelevant and can be better managed in a savvier way. It is until we do away with irrelevant Unions – of which NASU is one – students would continue to spend +x years in the university.

For the records, NASU is the association that represents the junior non-teaching staff in Nigerian universities. Let me break it down. It is a body that represents porters, workers in general offices, secretaries, librarians, and so on. Now, to the point of how irrelevant some of these jobs are. Some Hall Wardens have too many secretaries (at least if I do not know of any, I know of Tedder Hall). Enter into some general offices and you would be startled at what you would see: some set of busybodies who ought to be busy bodies. There are cases when students come for one thing or the other in the office but are delayed because the attendant is watching African Magic. Not them alone. We have porters whose job is almost joblessness. Because of their irrelevant number in some halls, some of them practically have little or nothing to do, all session long. They function well in porters’ lodge noon gossips and their eyes are ever keen for users of hotplates. Nothing more. Your Honour, we do not need to have too many porters in our halls of residence neither do we need unnecessary duplication of workers in offices. It makes the association to which they belong irrelevant.

Also, the modus operandi of NASU is a picture of how irrelevant they are in the comity of Unions in the school. In the bid to drive their demands home, they use crude, crass, logically repulsive and intellectually choking means which would not even swat a flea talk more the management. They use megaphones deprived of a functional battery and healthy amplifier, they raise dusts, make eye-peppering noise, sing ear-itching songs and make resolutions that die on the ground of their congress. How irrelevant can a Union be than this? Please if you still doubt this, wait till Almighty ASUU do the same and see what response they get in record time.

To add, the largest fraction of NASU members are people with little or no educational background at all, which is understandable and equally not a crime. But it becomes a thing of concern and maybe a crime too when some set of individuals, under the guise of NASU, unashamedly stripe common-sense naked in broad day light. I mean how do we tell the town that the owners of the gown display acts of thuggery? Or are we quick to forget how, in 2016, NASU members flogged fresh students of the university even before the korokoro eyes of Able Abel? Maybe we should remind ourselves of the diabolical carving of the VC’s pseudo mini-coffin placed beside the fireplace and bathed with palm oil during 2017 NASU UI strike. These actions are not in tandem with the intellectual community of ours! They are irrelevant to our credo – so are the actors!

In closing, Your Honour, I won’t leave this Courtroom without advising you not to fall prey to any claim that says NASU is relevant all because they control the school’s amenities. This claim is in itself irrelevant. Because the relevance claimed was accorded to them by the management whom they regularly rebel against. Rather than fulltime NASU staffs, I propose to you to use the method of hiring auxiliary workers who get paid as they work without too many demands or undue and irrelevant controversies. Your Honour, here, I bow out. 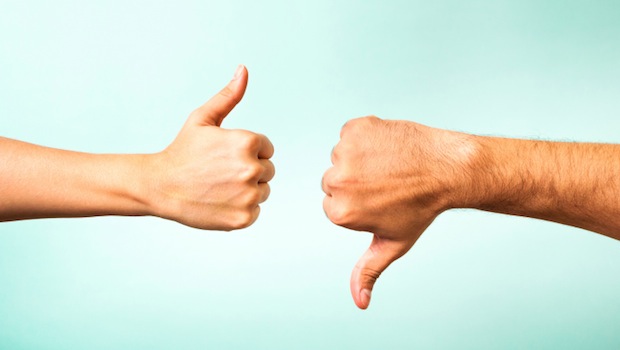 CONCLUSION: This column is about you; it presents the two sides of a case courtesy of two writers from different schools of thought. “Audi alteram partem” means hear the other side before passing your judgment. Take the gavel, make your decision and slam because you are the Judge in this courtroom. You can vote for the scribe whose argument you adjudge better by using the poll option below and forward yourcomment in the comment box below.
ARE MEMBERS OF NASU REALLY RELEVANT?
Send comments and suggestions to 090-327-88612, 090-977-55359 or your verdict to thecourtroomng@gmail.com.