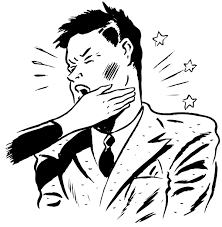 Till thy Kingdom of God come.

Hebrews 12:11
For the moment all discipline seems painful rather than pleasant, but later it yields the peaceful fruit of righteousness to those who have been trained by it.

The University of Ilorin, like any other major ecosystem has had its fair share of disciplinary actions meted out on erring members over the years. UNILORIN prides herself as not just a citadel of intellectuals but also as an institution for learning in character.

The standard the school has set is a bar higher than the tower of Babel and this has not been served on a platter of gold, but rather on a plate of strict adherence to rules. In keeping the rules of the school protected from harassment and protecting the school’s image from embarrassment, officers of the institution have at different times taken measures which might sometimes ache the belly of unruly students.

A recent mention would be the wildfire case of a former Students Union President who was slapped to order for trying to impose himself on a lecturer, in the name of fighting for the people’s interest. A lot of students roared on social media platforms about how unjust that single act was. But was it really unjust?

University of Ilorin is a choice institution in the nation and beyond, and it is people like the Sub Dean of Engineering who slapped the SU President that have kept the institution’s sanity. A President who was supposed to show the people to respect constituted authority was the one found exchanging word with a lecturer, after he had been warned to steer clear of a location which he had no access to. The result was a little dragging of ID card which eventually led to a slight touch on the cheeks of the President.

The President who eventually realized the errors of his ways became a ‘son’ to his disciplinarian, and the product of the little act of calling to order produced an ambassador for peace recognition award for the President. The results of good discipline, you say.

A nudiustertian allusion would be the case of a lecturer that slapped a Student harassing him at the Faculty of Law park. The Lecturer had rounded up the student for excessive speeding, damage to property, amongst other things. The student wouldn’t have realized the error of his ways if the Lecturer – while trying to seize the student’s car key – had not slapped him.

Folly is bound up in the heart of a child, but the rod of discipline drives it far from him, says the Bible. And what better way is there to discipline a child than to give it a resetting slap once in a while. Lecturers are ephemeral Parents of students, and a Parent would always do what is best for his child. If what is best at that moment is a correctional slap, then it is never too much.

Even S44 of Chapter 4 of Teachers Code of Conduct, 2013 stipulates that Teachers should at all times ensure students behave in a civil and disciplined manner. If the law of God & man says let them be slapped to conformity, who are we to argue otherwise? 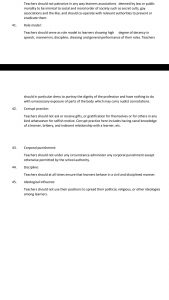 I beg your pardon, my lord. What in the seventh hell is that?

The UN Committee on the Rights of the Child calls corporal punishment “any punishment in which physical force is used and intended to cause some degree of pain or discomfort, however slight”.

It further adds that such punishment is “invariably degrading.” And we’re not even talking about kids or secondary school children here. We’re asking if it is okay for lecturers to use corporal punishment on undergraduate students?

I can’t think of anything more undignifying than that. Beating a child is even abominable or an act of bestiality in some well-sensitized environments in the world, over forty countries at that. Sadly this act of indignity, and bestiality, is now a competition in the University of Ilorin. The other time a lecturer slapped the Students Union president. Just few weeks ago, in a more stunning manner, a lecturer hit a student three times in quick succession on the face and asked him to kneel on the floor!

For conscience’ sake, this is a higher institution, not a secondary school, and chances are the students are even older than the lecturers. What glorified nonsense is an instructor raising his hand up against his elders all in the name of tutorship?!

The university community promises expulsion to all guilty of fighting on campus because fighting is animalistic, archaic and barbaric. In tandem, it is uncalled-for, uncultured and uncivilized of a lecturer to slap a student, as such could provoke an endless series of fracas the day a student wouldn’t find it funny but to retaliate.

Students are human too. Would that not render the whole system an animal republic? And this happens only because the school authority has made the lecturers to feel superior to the students. If it was in the Lagos traffic, no professor whatsoever dares slap anyone. The consequence of such action is very predictable.

By the way, the one who stands to lecture is one the student looks up to in character: a master, one who can buy his way out of anger, one who can manage his emotion with people. It is a complete breakdown of ethical standard for an instructor to go uncontrollably out of anger to beating a student. This has become recurrent because there is no threat expulsion to lectures, and that’s why a lecture at Al-Hikma University could tell his students to go on bended kneels.

I don’t know of any parent that would smile and probably praise the school authority hearing the news that one lecturer has just beaten his daughter for whatsoever offense.

To slap an undergraduate is to disregard his age and his intellectual makeup. Any lecturer guilty of this insolence should equally face the wrath of the SDC.