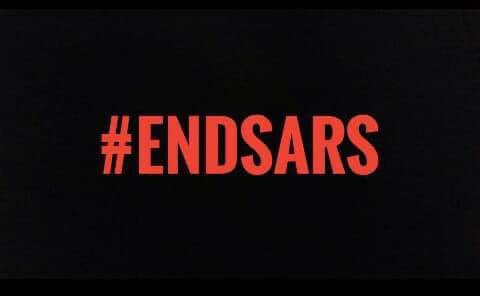 “May God protect us from armed robbers and Police” – Nigerian twitter user.

Your lordships, would it be reasonable to keep a corpse in the room? If your answer to this question was No, why then should we continue to keep a division of the Nigerian Police Force that has become a rotting corpse, offending our noses, poisoning our atmosphere, as an intricate part of our policing system?

In a sane clime m’lords, Police is supposed to be your friend. The Policing institution is supposed to bring ease, peace, and succour to the hearts and minds of the people. However, in the most populous black nation on earth, The Police force has been an instrument of battery and oppression, an institution for harassing, humiliating and degrading denizens, while beating them up till they part ways with their hard earned money, and for the ones who do not have money, end up – luckily – summarily convicted, if their bodies are not sold, after being battered to death.

The Special Anti Robbery Squad of the Nigerian Police Force is one of the major knuckles with which the Nigerian Police Force deals illegal blows on denizens, no wonder the force was rated the worst in the world. Looking at the provisions of the ‘Administration of Criminal Justice Act’, one would find out that ‘Bail is free’, ‘upon arrest you are liable to remain silent [S6]’, ‘when being questioned, you must have your lawyer present [S6 (2)]’, Police cannot unlawfully search your phones, amongst many other provisions of the law which SARS operatives flout during the course of carrying out their primary duties. M’lords, these lots have made themselves the law, the judge and the executioner when it comes to accusing, arresting, delivering judgement and passing same on innocent Nigerians.

Irish Writer, Oscar Wilde, must have seen the future of Nigeria when he said “no good deed goes unpunished.” This is the Nigerian reality, as every good looking; well nurtured Nigerian automatically becomes a criminal. M’lord, I present before this court a witness, Mr Rodney Tony Ajaelu, who alongside a host of friends were held at gunpoint on their way to Lagos. He lamented thus; “for 2 hours we were held hostage with handcuffs, not minding that I identified myself as a commissioner in Imo state. Every money found on us and in our bags were taken…other valuables were taken too.”

I submit to this honourable temple of justice that SARS should be disbanded at once, while former operatives should be made to undergo compulsory psychological evaluation, to know if they are even fit and proper at all, to live as ordinary citizens of the country, or be left at psychiatric centres to heal. 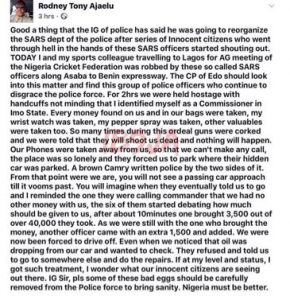 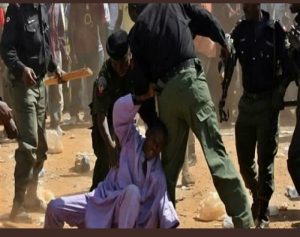 We don’t throw away the baby and the bathwater. And no one cuts off his head because of a headache. What everyone does is, simply, cut the nails when they grow long.

There has been complaints, before recently, that men in uniforms, the supposed law enforcement agencies, harass the citizens of the country as opposed to the criminals. The soldiers especially, the police included, the armed forces in general, all dish slaps or whatever forms of brutality they fancy to whosoever “cross” their path, be it an aged man, woman, or one gentleman or a lady. A quick search on YouTube will reveal an endless list of violent episodes from armed men on “innocent” citizens.

We’ve all witnessed one such case and felt pity for the victim. This emotion of pity often ignite social media campaigns. And sadly this time, the people are campaigning the government should terminate the Special Anti-Robbery Squad!

In as much as it’s a mere emotional justification, rationally it’s not the right thing to do.

There hasn’t been a call to end the police force or to eradicate armed forces from the country. Most likely because their use supersedes their shortcomings. Then, what’s so bad with the SARS that we have  never heard of and could only be corrected by ending their activities?

The Special Anti-Robbery Squad is just an appendage of the Nigeria Police Force itself. It’s one of the fourteen units in the Nigeria Police Force. All of the criminal records attached to the SARS are equally found with the parent body, the Police. There are nearly daily reports that the police steal from the people or treat some with indignity.

Given that the SARS is 100% police men but in a different colour of uniform, it is therefore a fool’s paradise calling for the complete eradication of the SARS without reference to the parent body. This would mean we’ve not eliminated the source of the problem.

Say, the country ends SARS’ activities. You think anyone would lose his job? Of course not. They’ll only change the name of their uniform. Because actually the police are the SARS and the SARS is the police.

So, can Nigeria afford to end the police too?

Anyway, is ending SARS a ticket to a nation freed of daily harassment?

By and large, the mention of SARS evokes fear in the minds of robbers and criminals alike, and maybe some civil Nigerians too. SARS has established that reputation enough to make anyone dread their involvement in anything at all. I think this no-nonsense group with such a solid reputation is best left to continue to handle issues of criminality in the country. After all, fear rules the word.

If the forerunners of the campaign are any serious about ending bullies in the society, they should equally trend on the social media “#EndPolice”. 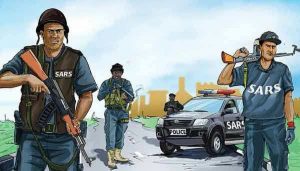