SHOULD WORKERS USE INDUSTRIAL ACTIONS AGAINST THE GOVERNMENT? 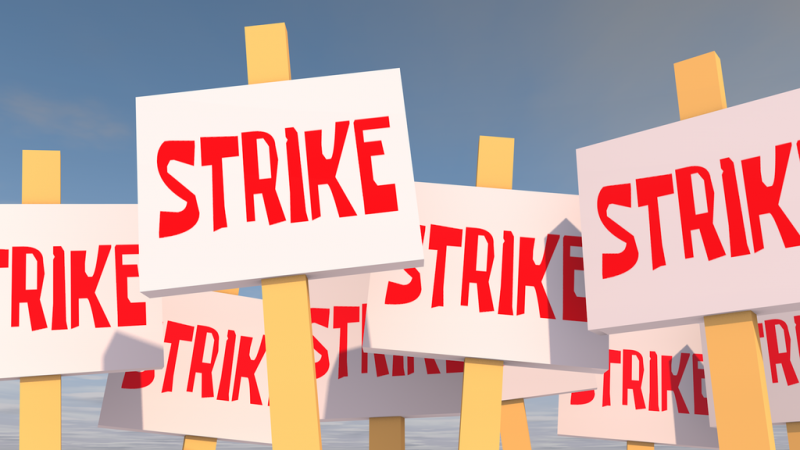 I had always backlashed workers each time they go on strike. It changed recently, during my ambulation to the school gate. I saw one of our GES 102 instructors and we got talking. It was at a time when the striking force of ASUU was in great form – even MSN was no match. The moment our discussion reached the reason ASUU cannot stop striking, I was bathed with his heartrending story of unpaid, unequal, unfulfilled agreements. There and then reality downed on me. And that is why, regarding the discourse at hand, I have come to back the worker, a client of mine who suffers a lot in his workplace.

One, industrial action is a last resort – if not the only resort – for workers to protect themselves. You see, the moment we as students are threatened by a lecturer that, ‘if you keep making noise, I’ll leave your class and assume I’ve thought you this topic. And not even the HOD will tell me to why have I done so’, the magical silence that will follow such pronouncement is as sure as daybreak. By the same token, the sole tool Civil Servants have to keep their employers, the government, on their toes is their power to strike. Your Honour, that’s the only language workers can speak in the time of grief, and the government understands no other. Therefore, for effective communication, workers must speak what their employers understand: Strike.

Two, no better alternative can be prescribed to workers that won’t be proscribed unless it is strike. In a nation where workers have to wage war before a minimum N18, 000 wages is met. A nation where labour is savoured at the point of duty but at the point of pay, harboured. Ours is a nation where a worker who works round the clock for a yearlong is owed all he has worked for. Yet, Economic Intelligence Magazine of September 2016 whips us with the cane of reality that, a senator receives of N2.02 million while a member of House of Representative receives N1.98 million as annual basic salary. It shocks us even more; an average Nigerian worker with a minimum wage of N18, 000 a month will have to work for four years before earning the utility allowance for one legislator. It is sad to say. A tale of monkey dey work, baboon dey chop. This alone is enough reason for workers to strike each time the syringe of grief is injected into their veins by the government.

My Opposing Counsel might be of the opinion that using industrial action to express grievances has effect on the set of people directly concerned with whatever sector going on strike – for instance, patients in the health, students in educational sector. But we need not forget that a worker owed months salaries is crippled psychologically, financially and even emotionally. As a result worker is handicapped in the discharge of his responsibility at work. So, even before they strike, the workplace has already been stricken by irresponsiveness. Or wasn’t because of this the Wise Pa’s and Ma’s in Yorubaland said, inú dídùn nì mòrìyà wà?

Three, for the sake of check and balance and avoid being at the complete mercy of employers, strike is, and will always be, a necessity. With it, Your Honour, there is an existence of balance between employer and employee power. And without it, workers are gagged to become workplace dummies and mummified souls. Be it half salary or no salary at all, they are compelled to either continue to work or risk been laid off (Ajimobi is schooled by this ideology). This, no doubt, is not in the good book of the law and logic. Therefore, what are we still arguing about?

My Opposing Counsel would be smart to state that with strike, workers are easily predictable. So, strike is like a weak voice of an aged man, working as a town crier and therefore it is ineffective. I laugh in Hausa because I have news for him. In 1937 there were 4,740 strikes in the United States. This was the greatest strike wave in American labour history. The number of major strikes and lockouts in the U.S. fell by 97% from 381 in 1970 to 187 in 1980 to only 11 in 2010 (all recorded in U.S. Census Bureau, Statistical Abstract of the United States: 2012 (2011) p 428 table 663). The rate of strike dropped simply because the workers have little or nothing to complain about. Your Honour, that is the power in standing up for your right.

In all, because most industrial actions are for better pay and better working conditions, without the threat of strike action, governmental parastatals will be able to generate fatter revenues, while working conditions will get worse. In the long run, the poor working conditions tell on the workers and their works. Gradually, the economy deteriorates, poverty become people’s daily manner. However, when the government is axed by the dagger of strike, things are bound change. After all, an orphaned calf, they say, often licks its own back. 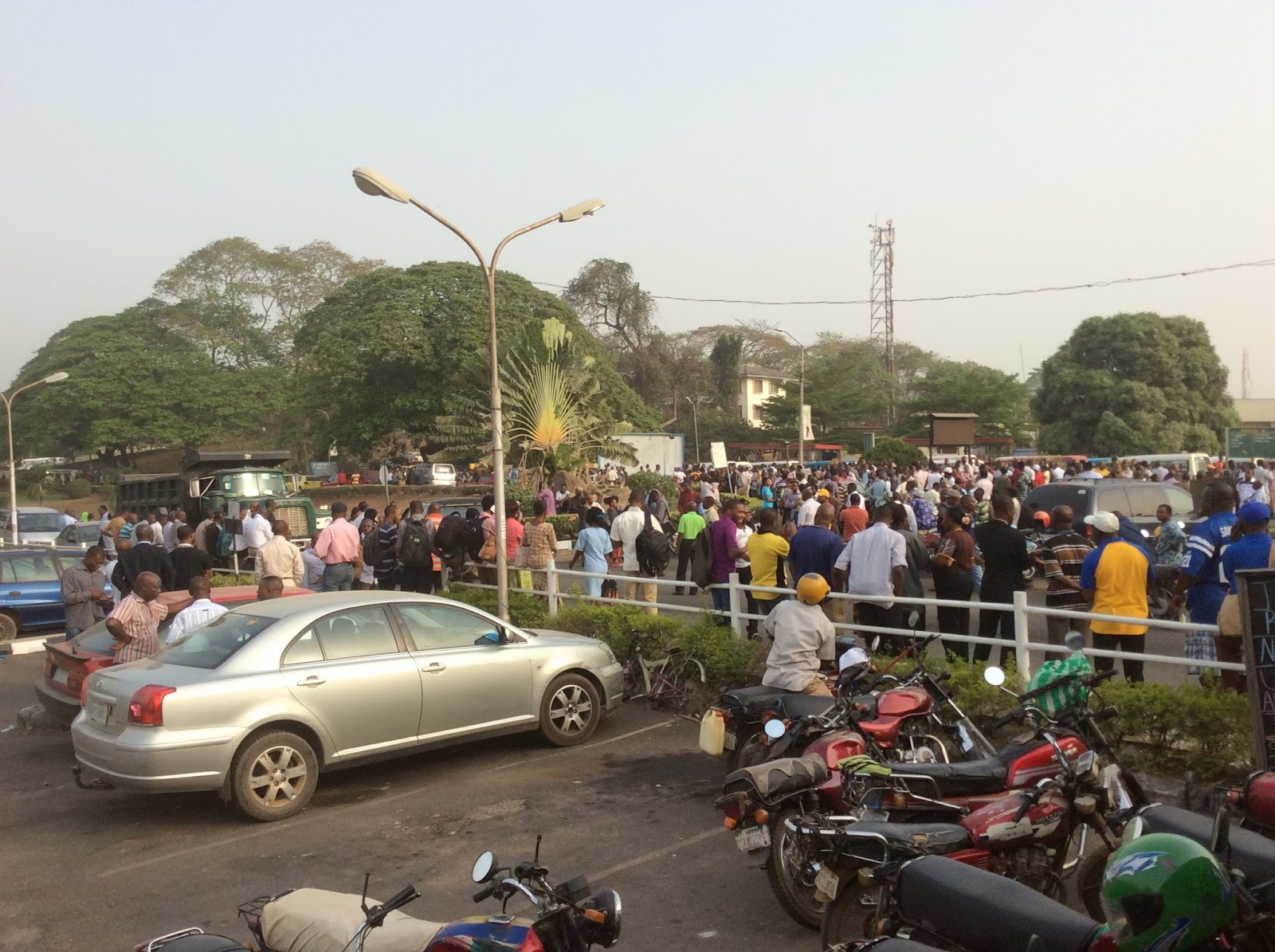 Democracy is the government of the people, by the people and for the people – Abraham Lincoln

Doctors would take human lives on the altar of presumed greater good, and call it euthanasia. Students will make noise and raise voices, ditch classrooms and block federal roads. In short, they would disrupt the peace of the school and society, and yet, say it is a peaceful protest. Euphemism has become a shade of literary expression that blinds the sight of humans when it comes to the justification of their actions. They fail to look beyond what they see, inasmuch as they can sum up their actions in one or two fine words that please the hearing. It is this inevitable laxity that leads to the perpetuation of abuse and misuse.

Today milords, they have come here with one of those sweet words “industrial actions” to pull a fast one on us, as though the two worded name makes the concept harmless. According to Collins English Dictionary, industrial action presupposes when workers join together and do something to show that they are unhappy with their pay or working conditions. This means they can do anything that falls within the confines of conveying their unhappiness, whether violent in nature or not, whether harmful to the society or not. Thus, there is no spelt boundary for the powers therein.

Due to this wide range of interpretation, we have had the cases of workers, employing violent and unconventional means in expressing their grievances against the government of the University. One of such occurrences is by the Non-Academic Staff Union of this prestigious University of Ibadan that took place during the Orientation Programme of the 2015/16 admitted set of the school, which was disrupted via beating of students, throwing of chairs and even mental disturbance that led to the admittance of a student in the University Health Centre. This is the inevitable abuse that results when boundaries and limitations cannot be set due to the mere nature of a thing. My lords, res ipsa loquitur – the fact speaks for itself.

Let us, however, leave the shores of interpretations and take to consideration the commonly used means by workers to express their grievances. Quite often, they make use of; Strike, Occupation of Factories, Work-to-rule, General Strike, Slowdown, Overtime ban, Blue flu. Of all these, strike – which is the most commonly used one – has grounded itself as a permanent time waster. Now, due to the unavoidability of strike, a student has to plan for at least one or two extra years with the specified number of years he has to study a course ordinarily. Not only does it delay lives of students, but also disrupt the school calendar. It does not stop there, as strike may even lead to more catastrophic things. Take for example, where a health centre is on strike, they would not normally attend to patients at all, except in cases of utmost and paramount urgency, which is to be determined by these same nonchalant striking workers. In fact, some do not even come at all, thereby leaving the fate of patients hanging in the balance. Thus, we see that strike does no good to the society at large, not even the striking workers, as the only benefit they gain is the fact that they are not working. So, what is the point?

However, on the 11th of October, 2016, Federal Government moved to enforce the “no work, no pay” rule, which means that any worker that goes on strike would not be paid for that period. Milords, this presupposes that before, and till now, as the move is still on-going, workers get paid for the owed payments that prompt the strike and the due payments during while the strike lasts. Oh, my goodness! The only ones who benefit are the workers that go on strike. Not the government, not the society. In short, we all pay in cash and feeling for the strikes of workers. What then is the essence of strike when its achievement is this selfish?

In conclusion, if these strikes have solved so much in the past, then it should not be recurring like a stubborn abiku. Workers should maximise the roundtable, they should work for greater good, and they should channel other means of reaching through to the government without upturning the peace of the society. After all, it is a government of the people, by the people and for the people. 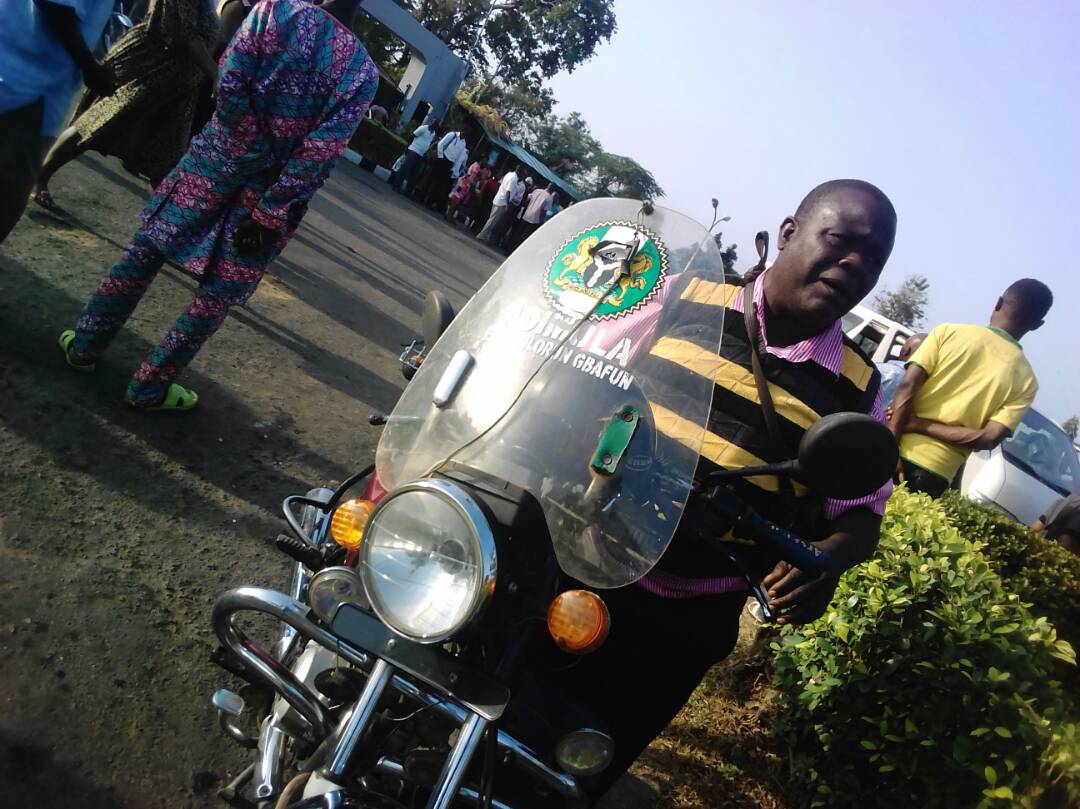 CONCLUSION: This column is about you; it presents the two sides of a case courtesy of two writers from different schools of thought. “Audi alteram partem” means hear the other side before passing your judgment. Take the gavel, make your decision and slam because you are the Judge in this courtroom. You can vote for the scribe whose argument you adJudge better by using the poll option on our website.
SHOULD WORKERS USE INDUSTRIAL ACTIONS AGAINST THE GOVERNMENT?
Send comments and suggestions to 090-327-88612, 090-977-55359 or your verdict to thecourtroomng@gmail.com.