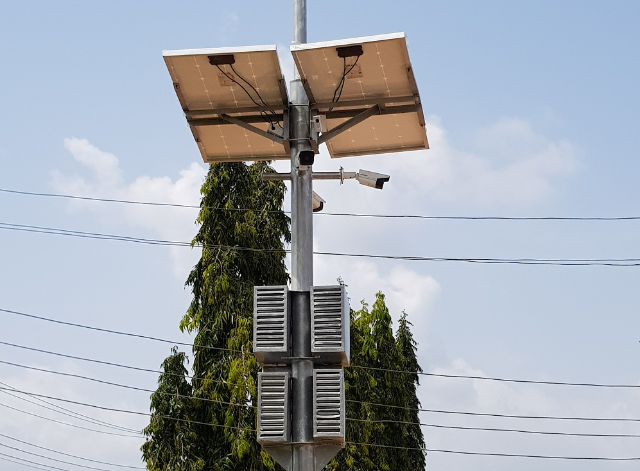 Don’t think twice on it, Milords. Sure it is.

“Not only is there but one way of doing things rightly, but there is only one way of seeing them, and that is, seeing the whole of them.” – John Ruskin

The mounting of those cameras is indeed a white elephant project and it is a case of doing the right thing at the wrong time. Milord! If you don’t mind, I will like to backup my argument with points to avoid discrepancies, so that this courtroom and the public will see the reason why the so called CCTV cameras are not needed at this time.

Firstly, the idea of this project is in some way synonymous to the act of our state brother, his Excellency brother, Rochas Okorocha, the governor of Imo state, who doesn’t see any other reasonable project to spend huge millions on but a statue of South African President, Jacob Zuma. Imo indigenes did not stone his convoy as a way of praising him but to rebuke him for the Vexatious attitude… I could have justified his actions if his state was ranked among the richest states in the world and if the civil servants in his country are now ranked on the Forbes world richest list. 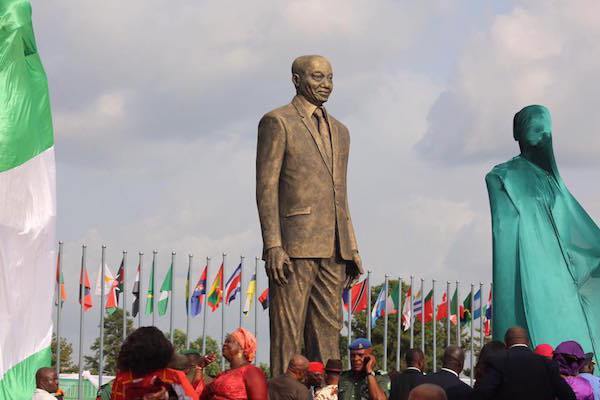 In our (OOU) own case I think the management should be “pure-watered” and not stoned because to some extent it is the right thing to do but critically analyzing some issues, it is done at the wrong time….Milord, if the camera installed in OOU campuses are not fake, the average original CCTV camera prices should range from #350,000 to millions of naira….why should the school spend huge money on such project when project that will make life easier for students are still untouched? In my class, we have over 300 student and we receive our lecture under unspeakable conditions and it has not been attended to; the ever frustrating transport issue ? That to them those not seem necessary, security in an inconvenient environment, what’s the need? Alas, while physical security is emphasized, the security of health, our emotional and mental well-being is been neglected, oh how sad!

Milord, I have a witness here, his name is Master Oluwasegun Victor from IRPM 200l. Here are his words, To me I never see a point or reason why they have to install CCTV when our classes are not still conducive, we will have SMS, GNS etc lecture and we won’t hear the lecturer. One of the major aim of coming to school is to learn and not to seen by CCTV cameras, though the CCTV was good in some cases but we need to sort out one thing before the other”.

Secondly, Security measures are good but what is the need for it when it is inadequate and not equally distributed to serve its purpose.

This CCTV CAMERAS Milords, covers only the core area of the school, talking of the road that goes down from the car park till motion ground and perhaps as rumoured, in the hostel. Milord, the question now is that, who is that evil perpetrator who does evil in the public?? Expect for the daring one, 90% will not do such… So Milord, since they can’t do it in the public again because they are being monitored, they will surely opt to do it at the back when no one can see them Then what’s the need for the camera?

Milord, permit me to call upon Mr. UTHMAN, OOU 200l student, to the witness deck. Here are his words, “The camera is not equally distributed, those CCTV cameras are not even installed along those LLT 2 & 1, just last week Tuesday some guys came to our hall(LLT1) chancing us and collecting our properties, nobody saw that, so the camera is just a waste for now until it is equally distributed”.

Lastly Milord, I can’t help but laugh at the follies of this camera installation. Do you know that before the camera installation, several cases of students harassment whereby security officers were at the scene but couldn’t do anything to help it, were reported, I actually witnessed one myself at the motion ground. Now Milords, Our security officers could not arrest just one “bully” even when they witnessed the ordeal of an innocent student been bullied live and direct. The question now is, the camera will do it job by identifying the bullies but who will arrest the bullies?

If our security officers cannot arrest the bullies, what then is the essence of the CCTV camera?

Oh wait! Or are they planning to track student who has not paid their school fees? Or to arrest students that forgot I.D card at home?

I rest my case Milord.

“Technology is all about using the power of science to make life better for people, to reduce cost, to improve comfort and to improve productivity” – N. R. Narayana Murthy

It is no longer news that we are in a world of technology and a global one at that. We now see or hear about various advanced technologies. First was the argument for or against social media, now we have the CCTV.

A CCTV (Closed-Circuit Television) is a TV system in which signals are not publicly distributed but monitored, primarily for surveillance and security purpose. The CCTV is operated by strategically placing cameras and observing them through monitors. Sometimes, one can speak to people within the range of the camera’s speakers.

The CCTV is generally used for maintaining security, observing behaviors of people, traffic monitoring, overseeing locations, building and grounds security and obtaining a visual record of activities amongst others.
The CCTV has found increasing use in law-enforcement. This then leads to the question, why the academic sector? Milords, please take a quick sip as you read along.

Cameras could actually be useful to teachers as it would help in evaluating the students, student-teachers’ relationship and the teachers’ performance in class. While my fellow scribe may have argued strongly against the idea of using CCTV in schools, especially in OOU, I however have a different perspective to it.

First, for a tertiary institution like OOU with over 20,000 students, the number of activities in the school is such that cannot be captured at a glance. I hereby see the CCTV as a priviledge for the school authority to know what is going on right under their nose at a glance.

Many freshers are at risk of insecurity, fear, intimidation, bullying and the likes. When students and parents alike get to know of how safe it is to enrol in school, the fear of releasing their wards will be reduced and the school will have more income. The students as well will roam the premises freely with a certain confidence that they are safe. It is a kind of insurance policy for the school and an assurance to the parents and their wards that education can not only be vital but safe.

Let’s not forget that the institution also has other institutions inside of it. Here, we talk about the banking industries. These industries, though have their own security, a knowledge of CCTV gives an additional sense of security to them, hence, the promotion of proper administration. When they know they are safe, they’ll want to discharge more and this eases both the students and the school at large.

Another thing is the level of indiscipline and crime rate. Rarely will anyone attempt to harm you or commit a crime when they know their actions are being recorded on cameras. Students commit lots of atrocities among their peers that go unchallenged because no one saw them and the ones that did are scared to own up. It should be noted that a student who knows his actions are been recorded and knows the implications of his actions, will tend to be more careful. This will help in building the right attitude in students- the leaders of tomorrow.

The idea of CCTV installation in OOU is perhaps, the best innovation the school has made in years. It’s a step further towards achieving her goals of excellence. I must say, OOU is fast growing into an advanced tertiary institution; and it is the duty of the students, staffs and workers to keep up the pace of technology to avoid been left behind.

Milords, permit me to conclude with this story as written by Kayode Ketefe.

“Submit your papers now!” The invigilator’s voice boomed with vigour induced by fear and exasperation. “No Sir, we have ten minutes more!” Chorused some of the students who were still scribbling with desperation in the final efforts to, hopefully, earn some extra marks. “Submit immediately!” the tone of the voice this time around was imperious even though fear was discernible in every syllable. The students’ eyes were wrenched off the sheets for once in two hours as they stared to get what was bordering their lecturer.

Then all hell was let loose, a pandemonium broke out as the students stared outside the window in the examination hall. Not less than fifty weapon-wielding cultists had besieged the examination hall, chanting blood-chilling war songs. The invigilator cum lecturer was the first to bolt; he abandoned the collection of the examination papers and scaled the window heading for the perimeter wall to escape into safety. Alas, he was caught before he could scale the wall and he was kidnapped. His corpse was found five days later in a small bush adjacent to the campus, his body was badly mutilated!

This is a true life story and it happened in the Olabisi Onabanjo University, Ago-Iwoye, (OOU) in 2006. Pathetic as the story may be, but the big question is… What if they were CCTV Cameras in the school at this time?

Milords, I rest my case.

CONCLUSION: This column is about you; it presents the two sides of a case courtesy of two writers from different schools of thought. “Audi alteram partem” means hear the other side before passing your judgment. Take the gavel, make your decision and slam because you are the Judge in this courtroom. You can vote for the scribe whose argument you adjudge better by using the poll option on our website.
CCTV CAMERA INSTALLATION IN OOU: A WASTEFUL PROJECT? Send comments and suggestions to 090-327-88612, 090-977-55359 or your verdict to thecourtroomng@gmail.com.