SHOULD EXTRA-CURRICULAR ACTIVITY BE MADE PART OF THE SCHOOL’S CURRICULUM? 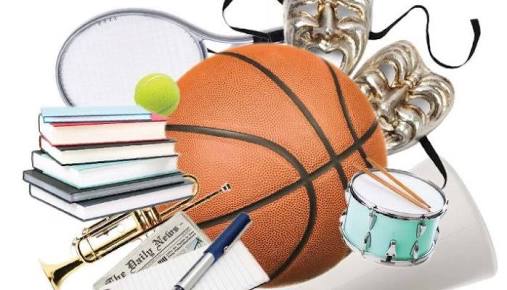 “Education is not preparation for life, but life itself” – John Dewey.

Education is the best legacy. That statement still has its relevance knitted on the fabric of the 21st century mentality. It is still the basic reason parents send their kids to school; and it is arguably still relevant to success. However, if it is true that education is the best legacy, then what we obtain from our school’s curriculum cannot qualify as education, as it is nothing to write home about, let alone a legacy to leave behind.

The operative curricula in many of the institutions we have are not receptive to changes. It is still substantially the same thing we had back then that we still operate, as of now. Just like a drug not meant for an ailment, the system fails to realize that time has changed and much extracurricular activities now have a say on your dexterity as an individual. Those, who, however, see with this corrected and current lens, are left to pursue such extra marital activities, that academic life knows nothing of, on their own. This is because the concept of extra-curricular activities is not given due cognisance, thereby leaving the pursuit of extra-curricular life at the expense of the pursuer’s academic life.

My lords, in this time we find ourselves, it is no longer mere certification that puts food on the table. In fact, in this world where everyone acquires education as a basic necessity, having just a certificate of graduation is of no more help than having a matchstick. Something is still needed to light it up. As for going to school, those things are extra-curricular activities.

When the issue of extra-curricular activities come to bare, the pictures created in the mind of many are the common genres of the concept, such as debating, sports and so on. But, as much as those constitute vital parts, the concept spans far beyond that. It includes everything outside the curriculum that you can do voluntarily to better yourself, as an individual. This includes: engagement in politics, joining social clubs, learning of trade or vocational jobs, and becoming an entrepreneur. It involves engagement in things that will boost your managerial, administrative and communication skills, which are actually the basic necessity for survival in the 21st century.

In fact, foreign studies have shown that engaging in extra-curricular activities reduces the likelihood of: dropping out of school, committing a criminal offense, leads to higher educational success and achievements in school work. However, in Nigeria, it is not often true that engagement in extra-curricular activities leads to higher success in class works, as it is, more often than not, usually the opposite. My lords, the reason for this is not farfetched. The studies were carried out in schools where extra-curricular activity is normally part of the school’s curriculum just like every other subject that is being taught, thereby, eliminating the hindrance of having to engage in it at the student’s expense. While it is certain that the former will definitely do us more good, the latter is what’s still obtainable in our curriculum.

Furthermore, the venture of extra-curricular activity opens to students a wide range of choice, out of which they could pick from and thereafter actualize their God-given talent. This is an aspect of life that is student friendly, unlike the dogmatic tradition of read, read and read, obtainable within the current curriculum. Thus, engaging students in extracurricular activities provides them with opportunities of discovering their extra-curricular abilities, thereby justifying the truth that education is not preparation for life, but life itself.

In the end, the underlying aim and purpose of education – not just attending a school – is an all-round development of students. Simply put, academically and “extracurricularly”, and until we find a balance between these, we may be going to school, but not getting adequately educated. 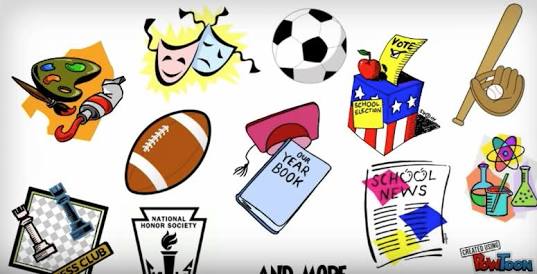 “I can choose either to be a victim of the world or an adventurer in search of treasure. It’s all a question of how I view my life.” – Paulo Coelho.

The second half of every semester is a period of real workouts. It is usually the period some students use to atone for their miss on a desirable first semester result. For such students, it is a window to let in the soothing air of relief to relieve their CGPA from the suffocation – at least to the extent of it been more or equivalent to a text message charge. On another hand, to some students, second semester is the season of ranges. Ranging from scramble for awards to squabble for dinner, from Inter-Hall competitions to Inter-Faculty tournaments, from Inter-Block contests to Inter-Floor matchups, all under the guise of public speaking, sports, fun and every other thing extra and not a curriculum in the curricula of the academia.

Your Honour, today, I have not come before this impartial Court of yours to downplay the essence of the aforementioned activities. Never. Not only would my hands wriggle to word it, my cerebral potency would struggle to imagine it. In fact, an eye closed to facts is an eye that would soon be closed. Lend me your open eyes and see why I’ve said so: In a 2001 survey of more than 50,000 high school students in Minnesota published in the March 2003 issue of the Journal of School Health, it was found that those who participated in extracurricular activities had higher levels of social, emotional, and healthy behaviour than students who did not participate.

That established, so should the question that do extra curriculum activities have a part they play in hammering students into what they ought to be pops up, the straight response is a vehement yes! But if it goes further that should it be included in our syllabus, then in the same manner as the former – but this time around with a more affirmative vehemence – the response is an outright NO! And the reasons for this are these:

To give clarity parity, extracurricular has been defined by the Merriam Webster Dictionary as [anything] used to describe extra activities (such as sports) that can be done by the students in a school but that are not part of the regular schedule of classes. Put differently, extracurricular is what is engaged in by students that has no interference with their academic odyssey. Judging from this, the moment it becomes part of our school curriculum, it seizes to be called co-curricular activity but core-curricular activity.

To proceed, Your Honour, such core-curricular activities result into build up to the students’ result. So, a student whose veins are not wired for such things as playing football, public speaking or their equivalents is deprived of certain points in the aggregation of his CGPA. There would be extra pressure on students to meet up to standard in their courses, extra pressure to read wide and train hard, extra pressure to attend classes and not miss matches. By and large, activities which ordinarily should be participated in by students at their own discretion, leisure and choice are restricted and decided by the school’s rules.

To add, adding extracurricular activities to the school’s curriculum would come with some price, especially on the part of the students. And one of such price is the drawbacks that come as a result of priority crisis for some students. Imagine a student whose interest is in sport but studies, albeit with little or no interest, such demanding course as Veterinary Medicine. More attention would be paid to his interest than his course of study. On a long run, this can affect the academic performance, which may lead to a fall in grades. But when these activities are left at the disposal of students to choose and manage themselves, they can then be responsible for whatever choice to choose.

To further mention, introducing extracurricular activities into the school’s curriculum is a far cry from reality. If such must, or would ever be implemented, then provisions must be made for everyone. Every student has to be inclusive in the plan. Be it reading, robotics, entrepreneurship, orchestra, band choir, art, skating, skydiving or even scuba diving, provisions must be made for everyone. And you see, the beautiful reality of this is that it is far from being realistic. Except the choice of a university in matriculation examinations is determined not only by what courses are available in such university but what co-curricular activity is particular to such university. And in Nigeria where the allocation to education is a dislocation to 25% recommendation of the United Nations, one would wonder where the fund to actualise that would come from when even our lecture rooms are in gloom and under torture.

To end, Your Honour, I have cleared it earlier. I have not said students should be barred from participating in extracurricular activities. Neither have I advocated that its essence is of no credence. But that, like we have GES courses, students should also be made to offer COR 157 is what I’m against. Because I fear the slightest tendency of misplacement of priority. I fear that the baton of students’ leaderships, students’ journalism, students’ organized events – all of which are extracurricular activities students engage in – would be passed onto the school; this, I fear, may lead to the passing on of these activities. Let those whose extracurricular activity is AWO 333 be left to choose, those whose own is to jaw war be left to choose, and we whose choice is to present cases before Your Honour be left to choose. The school should be left out of those choices. Period.

CONCLUSION: This column is about you; it presents the two sides of a case courtesy of two writers from different schools of thought. “Audi alteram partem” means hear the other side before passing your judgment. Take the gavel, make your decision and slam because you are the Judge in this courtroom. You can vote for the scribe whose argument you adjudge better by using the poll option on our website.
SHOULD EXTRA-CURRICULAR ACTIVITY BE MADE PART OF THE SCHOOL’S CURRICULUM?
Send comments and suggestions to 090-327-88612, 090-977-55359 or your verdict to thecourtroomng@gmail.com.