HAS THE ABSENCE OF THE UNION BEEN FELT? 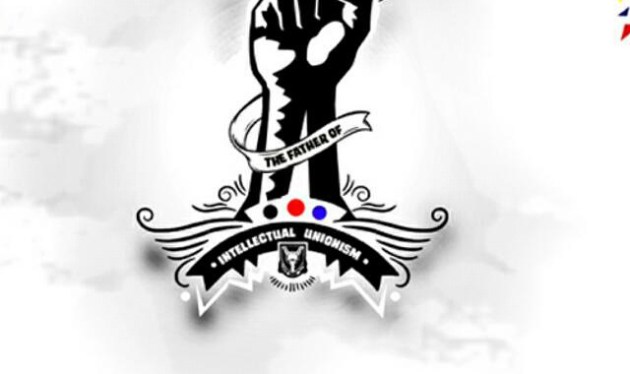 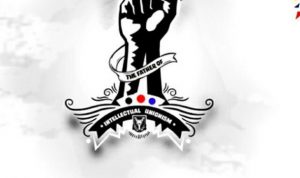 The Students’ Union is a body of democratically elected Representatives whose primary obligation is to protect the diverse interest of the students. This body is our own grassroots government, championing the cause of the common student, in and out of the four walls of the Institution. However, since the Students’ Union has been suspended from carrying out its primary obligations, things have never been the same. If it is not a report of an unwarranted arrest today, it will be a compelled cowardice. If it is not a report of oppression today, it will be that of exploitation. And it has become so much that we cannot but admit feeling the absence of the Students’ Union.

The first experience was a personal one. It was sometime before the ASUU strike, when I had the opportunity, from my Hall of Residence, to go to Lead City International School and watch a friendly match, even though I hardly watch football. But the boredom was killing, and to spice it up, there was a provision for bus, to and fro. However, while on the road, an altercation was about to erupt when one of those “Sango boys” picked one of our belongings that dropped off the car, and was unwilling to return it. Then when the argument was about to start getting hot, a tiny voice came right from the rear of the bus, saying “no fight o, no fight o”, you no say union no de”. And like a snail whose eyes have just tapped, we retracted into our bus, and left for our match in peace.

While that stands, permit me to call into the witness box, Mr Hameed Faruk, who was not long after this incident, arrested for not having the receipt of his laptop with him, and was subsequently taken to the police station. In his words “I was about calling the Students’ Union President, when I realized that the Union had been suspended”. He was, however, released after making some calls to some of his family members. However, while luck fell on the side of Mr Faruk, and got him released the day he was apprehended, it was not so for Mr Arowolo, the Majority Leader of Zik Hall Constituency in the suspended 7th Assembly, who was also unreasonably apprehended and detained over the night.

My Lords, these are just very few of the many “Unionless stories” that just one scribe, out of thousands of the students of the University, has to say. These are stories that would have never seen the light of narration if the Union was present. If everyone of us has one of these stories to tell, then has the absence of the Union really not been felt?

Aside the fact that our greatest “gbo gbo” has been deflated in sharp razors of declaration, and we can no longer mobilize for the struggle, the absence of the Union has been felt much more than just the presence of oppression. Ever since the Students’ Union had been suspended, we have not been officially recognized and represented in national meetings among various schools of the federation. The students’ Union has been officially without a face. The absence of the Students’ Union has led to the absence of our annual events, summits, competitions and all other goodies of extra-curricular life that spice up the being of a student.

Another set of individuals who cannot deny the absence of Students’ Union are the vendors of varieties in the Students’ Union Building. These are people whose businesses basically flourish because the Students’ Union is, by implication, a centre of attraction that pulls and keeps people close to the building, thereby bringing customers to the sellers therein. It is mere common sense that when the Students’ Union ceased to command such presence, it would have taken a toll on their business, which is definitely not a good one.

In the end, just this Sunday, I had a reason to go to Awo Stadium. While I stopped a bike man to announce my destination, I witnessed something I only face outside the school’s premises, and that is the art of bargaining. This happened when the man said my transport fare was N80. My Lords, I was not taken aback by the price, but rather the fact that he was willing to bargain from that amount to a sum of N60, and the only thing that could come to my mind was Union, Union, and nothing but our Students’ Union. 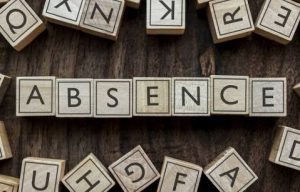 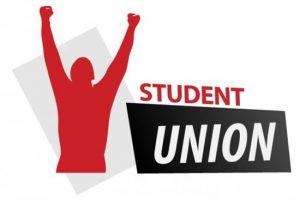 “It is better to offer no excuse than a bad one” – George Washington.

But for one of many missteps, the Students’ Union would have had six, uninterrupted years to its age, following its resuscitation in 2011 after a decade existence in nonexistence. And like a child from whom a discourteous adult snatches his lollipop, the pains of students without a Union was the highpoint of discussion within and without the school. Then, in the cafeteria, it was discussed. In rooms, it was the thing that matters and occupies the three-to-four bed space. Even the examination centres were noisy because of it – a window some open to cool off after a below par paper. This is exactly where I’m going.

Dukes, that was then. The story on the lips of UItes has taken a different plot, theme and definitely headed towards a different dénouement. Because if that is not it what then is it? The absence of the Union is the least thing being felt by UItes, I dear say. Your ‘why?’ is not farfetched. We have our lives booked by what the book of life has in the offing. The economic heat of the nation is suffocating everyone. These are enough burdens already bottled by our minds. The only reason, thus far, that the Union’s absence might be felt is if it has the wherewithal to relieve us of these burdens. But, records say it has no track record of doing so; itself is murked by same burdens. The popular legal maxim, nemo dat quod non habet (no one can give that which he does not have), hits the needle’s eye perfectly.

Ever since the Union has been suspended, it’s being same of same. The cost of automobile locomotion around the school premises hasn’t been blown by air of inflation. The price of food items has not been skyrocketed by any profit-crazy trader. Power supply in Halls of Residence has a decent supply of power. Water supply therein has continued to flow like rain water. What more do we need? Or aren’t these the ‘I promise to do’s’ that follow the greatest gbogbo, greatest gbagba choruses that trend on the lips of our politicians? If without them these amenities are at our disposal, it tells us one singular thing: their absence from administrating the Union is unfelt.

Dukes, I have two witnesses in the room, permit them to give their accounts. First, I invite Mr Olawale AbdulAfeez to the witness box. He testifies thus: “The only thing I have benefitted from SU is the book they share – that which they stopped to share 2 sessions ago. [In] their decision making, I do not see the effect… In short, the suspension of SU is good riddance to bad rubbish” Second is Miss Ibagbe, whose submission is, “In terms of impact of the Students’ Union, I never really felt much of it so there is nothing missing in that regard”. Dukes, this is another pointer pointing to my point that SU’s absence is on point. Pardon my use of words. But ododo oni kama soun (we cannot shy away from telling the truth because it is bitter).

Let me also make it clear that, this argument is not to debate the rightness or wrongness of the Union’s suspension. But rather, the holes its absence has drilled in our lives as students. So, my co-counsel would simply be stepping out of bounds if he comes here to romance our ego with the way and manner the management, led by Able Abel, gagged the students’ voice. That is another kettle of fish. It is an argument for another sunrise.

Not only would it be a step out of bounds if he mentions the management’s manner of suspending the Union, he equally would be if he mentions that there is a dent to students’ social life due to the Union’s absence. Because Halls of residence have not fall short in making students socially active and not just those who are only jerked by the drive to jack. Those who have heard about the operation abe onbe in Zik Hall would attest to this. In Tedder Hall, like Zik Hall, the common pot tradition was called to action over the weekend. This is to say that the frenzy of second semester’s vibes has not been absent simply because the Union is. Dukes, let us know what we are doing.

Sarcasm apart, there is one thing the Union’s absence has snatched from us. This is the drama that Mama Peace (remember her?) took away with herself after fate took her away from Abuja. This drama I’m talking of would have been – though not as dexterous and veteran as the former first lady’s incessant faux pus – a gift from this new administration. It is that promising dose of blunder pellets that raced out of the Union’s VP’s mouth during the Press Night. Dukes, those grammar murdering antics, to me, seemed promising; but we won’t have any of it now. If not, they could have been the tickle we need to cool off each time lectures have outworked us. They could have been the punchlines potential Jaw War debaters need to garnish their speeches with to fetch them standing ovation. Dukes, all that have, and would, be missed. Not any other.

I rest by offering my sincere commiseration to the entire Idia Family for the loss of one of their daughters, Miss Ogunlola Olabisi. Her absence will be felt. A o ni firu e san.

CONCLUSION: This column is about you; it presents the two sides of a case courtesy of two writers from different schools of thought. “Audi alteram partem” means hear the other side before passing your judgment. Take the gavel, make your decision and slam because you are the judge in this courtroom.
HAS THE ABSENCE OF THE UNION BEEN FELT?
Send comments and suggestions to 090-327-88612, 090-977-55359 or your verdict to thecourtroomng@gmail.com.