HAS THE LABOUR OF OUR HEROES PAST BEEN IN VAIN? 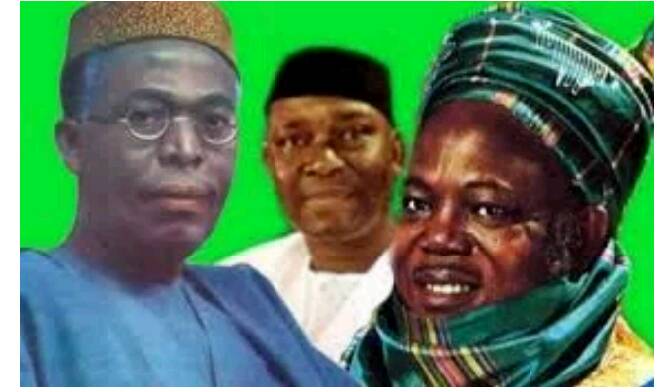 Case background
Nigeria rose to independence 57 years ago on the shoulders of her great nationalists. The independence of Nigeria from its colonial elements drew its breath from the patriotic struggle of these national heroes. They sweated. They fought tooth and nail. They paid the price and eventually they won the prize. They became our national heroes because of their unbridled patriotism, intellectualism and determination.

In light of this, this week, The Courtroom chooses to examine whether or not the labour of these heroes has been zeroed. 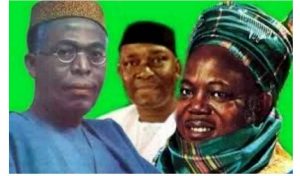 I’M INCLINED TO THINK IT HAS

“Freedom is never more than one generation away from extinction. We didn’t pass it to our children in the bloodstream. It must be fought for, protected, and handed on for them to do the same.” – Ronald Reagan.

On October 1, 1960 when the title of Daily Times’ editorial read Long Live Nigeria, the country had just, after a lot of agitation, gained independence from about 100 years of British rule, and like the pronounced light at the end of the tunnel, the future was bright. But some 27 years after, on the same day of independence, having had a comprehensive experience of life, the editorial of Daily Sketch newspaper was titled A Bitter Leaf of Honey, posing the resounding question of whether we should feel justified to congratulate ourselves or contemplate hiring mourners to celebrate our mutual, collective misfortune? My Lords, Nigeria is 57 today, but the question remains the same.

Just as parents hustle the length and breadth of the streets to make sure their children do not end up as they have, our purported heroes also struggled back and forth for freedom, to enable us be the administrators of our own land. Today, Nigeria adds another year, being the result of such struggle, and if senility has not compounded with the many problems we already have, we would know what constitutes the labour of our heroes past. It is the carefully carved mantra of unity, peace and progress engraved beneath the Coat of Arms. The components of this mantra are so intertwined that the failure of one is a hindrance to the others, and the success of one, a motivation for others. But like the proverbial dog destined to stray, we have been turning deaf ears.

My Lords, from time immemorial, unity in Nigeria has not manifested beyond its lettering. We see it in books, speeches and recite it in anthems, but it has never truly manifested in our disposition towards one another. The Northerners have always thought it’s their birth right to rule, the Easterners have always felt cheated, while the Westerners have always been perceived as cunning. This has been so from the days of the purported heroes, and till today nothing has changed. So when we question the vanity of our heroes’ labour, we have the civil war has a readily available answer. If unity had been properly forged on the altar of truth, dedication and fair democracy, the Civil war would have been averted, the clamour for restructuring would have been inexistent, IPOB would not have resurfaced. The mere persistence of these goes to validate the vanity of the labour in question.

Peace, on other hand, is like a refugee, it has always been a target running helter-skelter around the country. It has sought refuge in almost all the parts of the country, and has permanently devoured some, as its assailants have always caught up with it, one way or the other. We have felt the heavy hands of Boko Haram. Borno, the home of peace, has been drained of its peace. We have seen the brouhaha of Niger delta avengers, witnessed the atrocity of the Fulani herdsmen, and a host of others. The problem, however, does not end with the continual damage and destruction being wreaked by these people, but rather the inability of government to do anything substantially effective in tackling it, and this incapacitation of the government is an offshoot of corruption. Corruption has dug deep into the wealth of our nation. Funds that should have been used to reinforce security have gone into unaccountable pockets, thereby leaving peace unprotected.

In the midst of all these, progress in Nigeria has been slipping before it stands, like trying to scale an oily fence. We are extravagantly wasteful, technologically retarded, infrastructurally outdated and economically recessed. In the 21st century, Nigeria, purportedly the Giant of Africa, cannot provide uninterrupted power supply across the nation, properly strategize to effectively maximize her natural resources. Unemployment has become a tyrant in the labour market, while many of the country’s public school structures have dilapidated into a pathetic state of existence. Simply put, the nation has not been progressing, and it is not understandable. Just as you cannot build something on nothing, Nigeria cannot progress without peace and unity.

My Lords, freedom must be fought for, for it to be valued. It must be valued for it to be protected. We do not truly value our freedom because of the way it came down. It was handed to us on a platter of gold, and that is how the problem started. 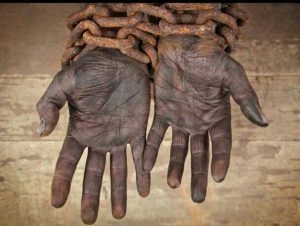 Every bad situation will have something positive. Even a dead clock shows the correct time twice a day – ANON

MeLord, before I ignite the ignition of my advocacy, I must quickly unscrew your mind from the bolt of the political and economic rigmarole hounding it. I must also clad you with a befitting cap of objectiveness. That way, I believe, would make you see beyond the ordinary, seeing the bright side of our dear country. I mean, how would we dare use our tongue as drumstick, our teeth as drumset and our voice as drumbeat to the conclusion that the labour of our heroes past is in vain? Well, to dare say that in itself is a vain talk – it cannot hold air talk more water.

Home to over 170 million humans, not less than 250 ethnic groups, Nigeria has maintained its cultural diversity over the years. The hassle of our founding fathers to make it us stay together as one is still intact. Even in the midst of agitations, bloodbath, insurgency and uprisings, for over half a century, it has been the collective effort of the good people of Nigeria to ensure the nation is not dismembered or shed with the ember of division. In fact, I dear say, these vicious attempts to blow the work of our founding fathers in the wind are indications to the price that must be paid to continue to live as one.

To add, is it not the wish of every great leader that knows his salt to be succeeded by greater minds? Successfully, over the years, men of valour, women of virtue, youths of pride have been churned out by Nigeria – to the glory of the entire world. And if what makes a nation is the people it parades, we cannot open our mouths so wide to write off the strides of Nigeria in the aspect of producing prodigies. Talk of Okey Ndibe, Femi Oke, Niyi Osundare, Wole Soyinka, Chimamanda Adichie, they are human embellishments the nation’s heroes past would look back with pride and say to themselves, “with this set of people, our labour has, and will, yield wage of goodness”. Even away from the shores of the country, we have Nigerians stamping their foot on the pedal of relevancy. The Imafidon is one of such. This family – that parades prodigies like Chris Imafidon, Anne-Marie Osawemwenze Ore-Ofe Imafidon – is the smartest in Britain.

I’m not oblivious about the fact that Nigeria of today is not Nigeria of yesteryear. Please, be reminded that the world of today is not the world of yesteryear. We may not be on the track but we are not totally off the track. We may not have gotten it right as a nation but we are not totally for the wrong. With time, we would get it right. After all, not only wasn’t Rome built in a day, it took generations to build Mecca.

In all, it took Singapore an entire generation to turnaround their tale from a Third World Nation to a First World Nation. The United States was once mucked in the murky water of underdevelopment. Nigeria’s future may be bleak because almost everything is turning against us. Yes, agreed. We may not be seated at the same shoulder level with our counterparts around the world. Yes, agreed. But nothing good comes without sweat. But my point is, amidst this potpourri of problems, there are shades of positivity and hope. We cannot say we have an outright zero on the scorecard of upholding the efforts of our heroes. The good side, however little, is no mean feat. It is a gain not vain. I rest my case hoping that I’ve done my part in beaming some light into your heart with some optimism towards our dear nation. Remember, come what may, it remains our nation. We have nowhere else to go. Verbum sap!

CONCLUSION: This column is about you, it presents the two sides of a case courtesy of two writers from different schools of thought. “Audi alteram partem” means hear the other side before passing your judgment. Take the gavel, make your decision and slam because you are the judge in this courtroom. You can also vote for the scribe whose argument you adjudge better by using the poll option on the website: www.courtroomng.org
HAS THE LABOUR OF OUR HEROES PAST BEEN IN VAIN?
Send comments and suggestions to 090-327-88612, 090-977-55359 or your verdict to thecourtroomng@gmail.com.