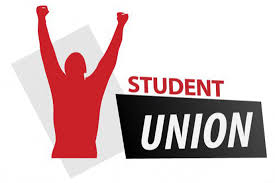 AS WELCOME AS A CREDIT ALERT.

Politics is not the art of the possible. It consists in choosing between the disastrous and the unpalatable ~ J.K. Galbraith [1962]

In our youth, we were all regaled with the tale of the starving monkey which trespassed into a farmland through a very tiny hole. It had searched and searched but found no place wherein to satisfy its complaining belly until fate brought it to this farmland with plenty of fruits, but also a mighty fence. It managed to gain entrance into this farmland through one tiny hole. But, greedy as hell, the monkey did not only silence its wailing belly, it went on to stuff it till even its oesophagus fattened like an anaconda which just swallowed a pregnant goat.

Not long after, it heard the footsteps of the farmer approaching his territory. Alarmed, he scampered back to the big wall’s Achilles heel which had graciously allowed him to enter. However, at this point, he was overqualified for admission. His tummy was too large and his limbs less agile. In the end, he managed to force his way through, but all what he ingested had to be spewed. Thus, as he came, so he returned.

Sadly, the same story cannot be told of “heroes” past and present within the Students’ Union who came during electioneering as broomsticks but left offices as pestles. They came, they saw and they plundered. Their role model is not Barack Obama whose yearning for change manifested even in his hair colour which bowed to the winds of hoariness after his first term. No. They rather take after persons like Reuben Abati for whom even the witches and wizards in the Aso Villa could not hinder a horizontal transformation agenda of the body.

It is for this reason that the Students’ Representative Council has proposed an end to lavish spending during campaigns all in the name of politics. For a long time, we have been under financial molestation by those who aspire to the corridors of power. For a long time, our focus has been unduly shifted from what a candidate can do to what a candidate can “sow.” For too long, and like ‘littluns’, we debated whose jingle is better, whose poster is finer and whose campaign is more flamboyant, leaving issues which indeed matter. The S.R.C. says enough is enough and, with them, I stand.

Pa Einstein was reported to have said that to do the same thing over and over while expecting a different result is madness. We must then be mad then to think our union will mysteriously develop though no change is effected to its surrounding dynamics. And we must be doubly mad to argue against change, regardless of its reasonableness.

It is does not take a mastery of astrophysics to realise that politicians often religiously obey the rule of Garbage In Garbage Out. We know they reap where they have not sown. What then do we expect when they actually do plant seeds of monetary sacrifice, some borrowed? Will they not find all means – legit or not – to recover the “investment”? Ladies, milords and gentlemen, people with a genuine love for the union should be able to stand for elections without having to borrow from far and near or spend as though suffering from cancer. If what starts here truly changes the world, then what is here must not always reflect the world.

Some have argued that our Brown Chamber is on a course to rob us of fun. But – my! – is politics about fun? Or welfare and service and justice? Have we not had enough fun with Made in UI and Jokes Apart? Do we not enjoy ourselves satisfactorily at Ventura and Abe Igi? Why then do we seek to trivialise everything including the most pivotal platform provided for practical public promotion?

Whether we like it or not, this recommendation from the S.R.C. favours not only the electorate, but the candidates themselves. The ban, if eventually put in place, will be total and the playing ground will remain level, only that this time you won’t have to surmount Mount Everest to get to it. It is only candidates who see campaign funds as investments and seed funds who will see the resolution as a hindrance. For others, the ministry of a luta has just been aided.

Though it is true that the proposal will not totally stop candidates from acting like Santa Claus and Sambo Dasuki combined, it is still a commendable starting point. For the union to soar, we have to ultimately migrate from the politics of suya and call cards to that of skills and report cards. Based on logic, milords and, yes, “based on logistics,” we cannot but welcome the proposal with stretched arms. 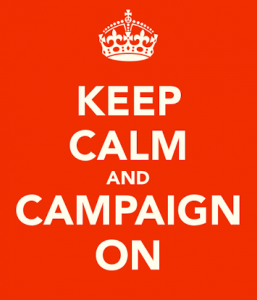 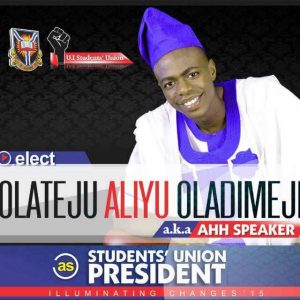 How goes the old saying again? Two heads are better than one. The bigger the merrier! We allowed ourselves to believe ultimate wisdom comes from the mob. But history has taught us differently, hasn’t it. Surely, we know that a congregation of wise men and women should always birth great ideas. However, when you have a collection of honourable intellectuals sandwiched into an enclosed space, racing against time, there will be a higher likelihood of really, really terrible ideas creeping into their minds. The recommendation being discussed herein is one of those disastrous ideas.

The Council may not realise it, but such recommendations portray them as partisan, with an aim to better or worsen the chances of certain candidates. Of course, it is a collection of politically-inclined individuals expected to have their leanings, but the entirety of the Council should not be found aligning towards a certain candidate. And this recommendation only makes it seem so. Such proposals as this cannot have objective effects on all candidates. It only equals a naturally-unequal playing field, a necessarily unequal playing field.

Just because some aspirants do not have enough funds to run flamboyant campaigns does not mean that those who have the financial strength should be made to limit themselves to the level of their opponents. Political candidacy has always been founded on publicity and image-building. Money is needed for that. No one has the right to ask someone who has the resources to improve his own reputation to dim his own light just so as to not expose the hollow darkness present in his opponent’s purse. That is the exact definition of injustice.

In addition, we need to realise that such recommendations are coming way too late into the electoral period. So many candidates have already printed posters, banners and recorded jingles. You do not suddenly bring up a law that puts all that to waste. Even if it will take effect at all – which it definitely should not – it cannot possibly be in this session when the aspirants are already set, having fortified themselves with a wealth of souvenirs and posters waiting to fly into the public domain once the ban is lifted. This is a practice that has been since the dawn of time. It has been normalized and properly so. It only makes sense for a candidate who knows how to prepare to have acquired all these souvenirs and whatnot already. Are we now punishing them for being proactive? Let us know exactly what we are talking about here.

Furthermore, such a law is founded on the cynical belief that the aspirants who spend “extravagantly” [whatever that means], will only use the office to earn back the money expended on their campaigns. But if the electorates think so, why not let them decide for themselves if they do not want a big spender for a leader? Or, are we not smart enough to decide that for ourselves? More so, who is to say that a candidate with shallow pockets is not reaching for the top just to fill up his empty bank accounts? Who needs money more? The financially handicapped or the rich? In the end, we need to be more positive about the aspirants. Continuing to have such dark convictions towards them only leads to distrust in the Union. If anyone has plans to siphon funds, then we always have the Council to checkmate them. Or, are we to say the Council is no longer capable. I think not!

What’s more, permit me to borrow from the sharp-edged rhetoric of a former Public Relations Officer of the Union and ask; are these Councilmen not also products of campaigns based on posters and souvenirs? Did they not stick posters and post stickers on walls and rails, begging for votes? I have more than enough proof in my hall to show many of these honourable Councilmen getting involved in the exact same thing they are kicking against. How is hypocrisy defined again?

The Sixth Assembly, ably-led by the formidable Onifade Bello, have been incredibly industrious so far. Their exploits have not gone unnoticed. From splendid legislations to infallibly-accurate pronouncements, this administration has arguably been the most potent since the Students’ Union’s re-instatement. However, even they have missed this time around. As far as grave errors go, this threatens to cripple their pure streak so far. In conclusion, this is just a terrible, terrible initiative. Let us not drag back the Union just to satisfy our own political ambitions. I rest my case!