SHOULD THE S.R.C. HAVE TRAVELLED TO ABUJA? 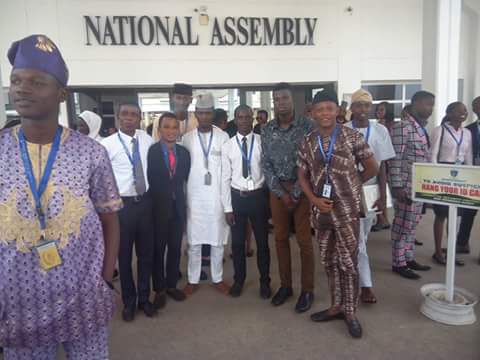 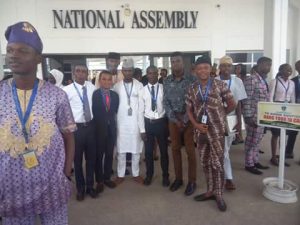 When we judge or criticize another person, it says nothing about that person; it merely says something about our own need to be critical – Unknown

Recently, the Students’ Union administrative arena has been lit up once again by the lamps of controversy oiled by the Student Representative Council’s trip to the capital city of the federation amidst an ongoing SDC case. Many have bared their mouths of knives and spat out sharp criticisms against the SRC for being supposedly insensitive and ineffective. However, to make such an assertion would merely reveal a lack of knowledge about basic facts, or a pretense to be oblivious to such facts so as to find a premise to cripple the integrity of the SRC.

It is obvious that we are all students of a bad educational system and the only true expertise we have is reading books written by men whose great-grandchildren have become rotten skeletons feasted on by time’s proneness to diminish all things. Every other thing that we do can be categorized as extra-curricular. This only means that we do not know the skills with which to equip ourselves so as to effectively reproduce the efficiency of mainstream professionals. Pressmen on campus are only poor reflections of actual journalists out there. The Students’ Union president cannot be equated with the Nigerian president (though that is debatable considering the latter’s recent inactivity). Likewise, the SRC officials are merely just students glorified with the titles, “Honourables”. And we do want them to be more, don’t we? We do want them to arm themselves with intellectual wherewithal to tackle the problems of our union, don’t we? So why are opposing their trip to the Mecca of law-makers in the country, the place where they can see as legislative procedures are being practically acted out, live and direct? It baffles me.

The article which sparked the issue was released by the Union of Campus Journalists on the official Facebook group page of the Students’ Union. Despite the misconception, it was not an editorial written by the UCJ. Rather, it was an op-ed by Haleem Olatunji, Mellanby Hall Press Organisation’s Editor-in-Chief. The said writing criticised the Speaker of the SRC, Onifade Bello for not being available during the SDC’s meeting, deeming it unfortunate. Olatunji, eschewing the attitude of one bent on critiquing the actions of those perceived to be lacking in the diligence of performance of duty, made a grave error. He tried to discredit the worth of the travel, which is a long-term investment, based on the fact that the signs of its worth had not been showing within 24 hours of their arrival. He faulted it also based on the fact that the previous assembly had had an abysmal experience. How does that justify the attack on this present assembly’s decision to embark on the journey themselves?

While Rt. Honourable Onifade Bello’s response was not exactly the strongest, spending more time addressing the character of the UCJ than focusing on the matter at hand, he cannot be blamed for the outcome. Apart from the fact that not many foresaw Oluwanifemi Ojo, the Students’ Union president’s ban from attending the hearing, the presence of the Speaker would not have done much to change the course of the proceedings. In recent times, we have seen as the Management has disregarded the presence of the union leaders and gone ahead with their decisions anyway. Or were we living under a rock during the saga involving Tunji-Ekpeti Michael? So, to blame the absence on the reason for the rustications is a fallacy.

The argument above is a little kind, considering the topic is not about whether the Speaker should have gone but over the fact of the SRC’s journey. To argue for my opponent’s side would be to say that the whole SRC should have been present on campus so as to avert some supposed tragedy. The presence of the entirety of the SRC would not have caused any changes. Things would still be the same. In the end, they are a law-making body at heart whose activism is limited in its immediate effectiveness. It takes a process to deal with the case of the disciplined students and not just an attendance at a single event.

Let us not paint the SRC as a bunch of jet-set ignoramuses living in a bubble, though they have been in the past, just so we can drive our point home. The point is they needed to go so as to acquire experience, especially in the midst of student victimisation from learned academics with years of experience and travelling to Abuja to establish camaraderie with the true bosses of the land in Nigeria helps to level the playing field, even if only minimally. My Lords, the SRC is definitely ignorant of these charges of ineffectiveness brought before you. I rest my case. 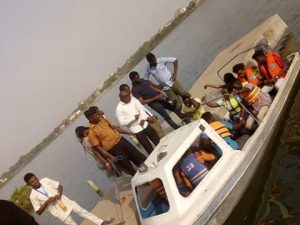 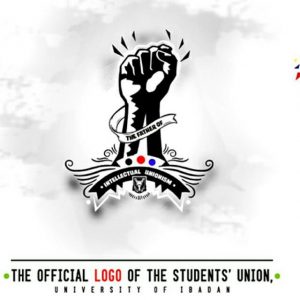 TO DO WHAT EXACTLY?

Corruption…can only be controlled, if at all, by finding ways to encourage legislators to subordinate ambition to principle ~ James L. Buckley

Abuja is one place after every Nigerian’s heart. When it comes to travel destinations, it is often second to none – except of course overseas. Like many others of my countrymen, I myself once aspired to step foot on this elite soil before my nineteenth birthday. In the end, there was a traffic jam and I was one year behind schedule. But that is light years away from the point. Fact is, it is neither a thing of embarrassment nor a cause for reprimand if a man, or a group of men, decides to have a nice visit to the Federal Capital Territory. After all, we all crave this experience. What we mustn’t keep silent about however is if a man, or a group of men, embark on this joint journey of jolliness under the guise of representative democracy.

I have been privileged to gaze upon the argument that “the essence of the visit among other reasons is to catalyse the legislative business of our union.” Oh please! How can we catalyse a business enterprise with out-dated models, or speed up a vehicle with worn-out tyres? Except our Honourables have resolved to master the arts of legislative boxing, jumping of fences or padding of budgets, I see no need for their visit to the National Assembly. Even if catalysis is achieved, we would only be speeding in the wrong direction.

What lessons can be learnt from a legislature which itself needs to be tutored in fundamental principles and standard practices? If SRC members go there at all, it should be for the purpose of speaking truth to power and talking sense to the jokers (not all please) at the National Assembly. As much as we would laugh at the Students’ Union executives if they claim to visit Aso Rock to “garner pragmatic experience,” we should not refrain from pointing out the ridiculousness in this legislative version.

The very definition of the word “excursion,” used severally by SRC members to describe the exercise, draws a curtain upon this debate. One (according to Merriam-Webster) is a usually brief pleasure trip, and another is a deviation from a direct, definite, or proper course. I wonder when the hallowed chamber became a steppingstone to hollow activities.
The money used for the trip could well have been used for more meaningful things. Besides, if truly our Honourables want to learn the intricacies of national legislative practices, what is the use of “NTA Parliament” and the recently introduced Senate Facebook Live Streaming? These tools can be harnessed easily by all members of the Council at little or no cost. They do not have to be flogged mercilessly by the Northern Sun. They do not have to sit at the chamber’s gallery like any other observer. Ignored. Unrecognised. They do not have to pick litters like secondary school kids as they were reported to have done the previous year.

Let no one hazard the justification that the excursionists paid for the trip with their own money. It is no news that the initial required sum of N5000 was later slashed to N3000 when some form of subsidy was secured. Multiplied by the not-less-than 40 Honourables who went for the pleasure trip, this amount is enough for one or two significant constituency projects around campus.

In the words of Lao Tzu, as quoted by the Honourable Speaker of the SRC in his rejoinder, “if you do not change direction, you may end up where you are heading.” I do not know if Lao Tzu was being over-philosophical or it is the translator who wreaks injustice upon his words. But from my understanding of natural laws, if you do not change direction, you will – not may – end up where you are heading … unless perhaps you are a Yoruba wizard capable of coming and going at the same time. Our parliamentarians have shown that their bearing is towards the red and green chambers in Abuja. If caution is not withdrawn from the wind therefore, they will end up where they are heading. They will end up like our current crop of hideous heads.
Milords, Right Honourables cannot always be right. Neither can their actions always be honourable. And an assembly of men, no matter how celestial, is still subject to the fallibilities of men. It is time our Right Honourables realised that, on this one, they cannot be more wrong.

CONCLUSION: This column is about you, it presents the two sides of a case courtesy of two writers from different schools of thought. “Audi alteram partem” means hear the other side before passing your judgment. Take the gavel, make your decision and slam because you are the judge in this courtroom.
SHOULD THE SRC HAVE TRAVELLED TO ABUJA?
Send reservations, comments and suggestions to 090-929-18298, 081-489-04513 ordcourtroom12@gmail.com