It is an acclaimed fact that Nigeria cladded in the green-white-green fabric is one of the most blessed nations of the world. A nation gifted with diverse potentials ranging from human to natural resources. It is quite saddening that despite the vast resources at the disposal of the so-called giant of Africa, she still lies at the base of a stinking quagmire where mediocrity is being celebrated. Bad leadership has no doubt fuelled the ship of the country as it heads towards catastrophe. If the generations ahead have been regarded as a total failure, then the onus lies on the future generation to restore the ancient landmarks and rebuild the nation from her ruins. The youths of a nation are regarded as the future, where do we get the teeming populace of youths? Institutions of higher learning of course! The lens of Galileo’s telescope scans the University of Ibadan for the true colour of leadership that posterity will be proud to talk about.

After the resuscitation of the University of Ibadan Students’ Union in 2010, it has been a crisscross of administrations finding the best pathway to excellence. The Pathfinder team led by Tokunbo Salako came on board after 11 years of Students’ Union interregnum and took giant strides towards the sustenance of the Union. I have been saddled with a huge task of proving to all and sundry that the Pathfinder team is better than the sophomore team. The sophomore team was led by the erstwhile Students’ Union leader, Ekhator Edosa Raymond. The Pathfinder team laid the foundation but I am afraid if the Edosa led administration was opportune to build any structure on it.

Facts are sacred and opinion is free. The fact still remains that putting the Pathfinder team and sophomore team on the weighing scales of justice, Pathfinder team convincingly outweighs the sophomore team. Guess your next question will most likely be: What is your yardstick? Come along as I show you the intricate component of a Students’ Union team that was propelled by problem-solving techniques that was able to quench the fire of challenges on their way. The Pathfinder team might not be the most perfect team, they might not be the most united team but the end they say justifies the means. Their ending was greater and better than their beginning and this is the hallmark of any administration.

What is the essence of an organisation that cannot provide pertinent solutions to the problems bedevilling her members? It is of no use, it simply makes no sense. The Pathfinder team approached problems with the bravery of a lion and provided solutions as at when needed. Students cried out for electricity, they never hesitated to take to the streets as they fought for the rights of students and led a protest that will forever go down in the history of the University. Lo and behold! Students were indeed dazed when electricity walked on all fours to their doorsteps. Students had too much of electricity. The Pathfinder team catered for the welfare of students via their ability to give listening ears to the masses. 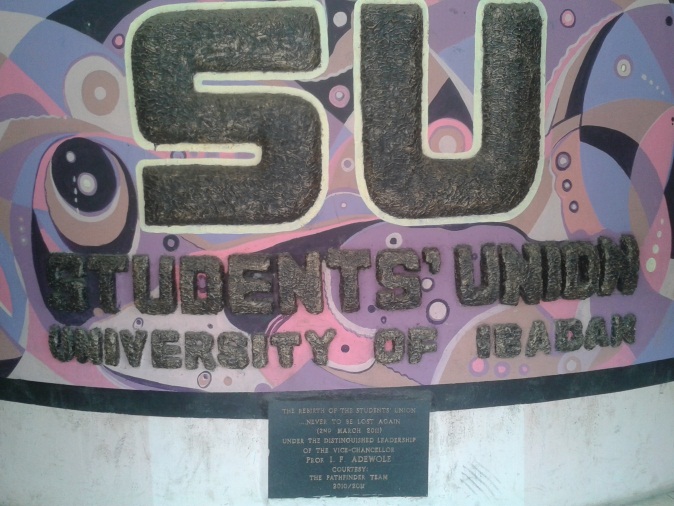 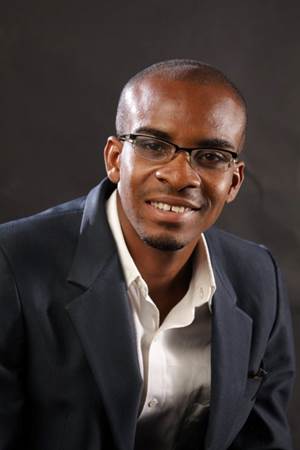 As starters in the jungle of Students’ Unionism, they ensured the renovation of Kunle Adepeju Students’ Union Building and brought sanity to the environs of the building that was in a state of absolute bedlam. The Pathfinder team was also responsible for other notable protests like: the Fuel subsidy protest and the Boko Haram/Examinations protest in which they stood tall as the voice of the students. Amongst the protests are many other achievements which clearly earmark their supremacy over their successors; reducing the Zoological garden gate fee, reduced transportation fares across the campus and the scrapping of Examination forms.

The success of the Pathfinder team is written all over the school and is evident to all. A child asks for bread from his father but his father ran away for no genuine reason that the child could understand. This clearly depicts the portrait of the sophomore team which remains imprinted on the hearts of students. How will you call such a father a good father when another father exists who never fails to give his child all he needs. The difference between a King and a Prince is beyond the crown on his head, it has a lot to do about his authority, eminence and majesty. Pathfinder team is no doubt better than sophomore team. 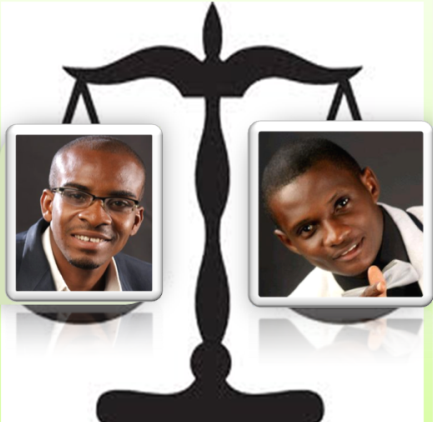 “No man ever achieved worthwhile success who did not, at one time or the other, find himself with at least one foot hanging well over the brink of failure”—NAPOLEON HILL

#RIP_George_Egbuchulam, a great fighter in his times and clime, who fought Renal failure from time to time keeping through all the struggle till he conquered pain with his passage to the afterlife. I can hear George saying, God Bless the #Sophomore­­_team. A team that successfully raised N273,335 during the Save George Save Wasiu times and gave N135, 600 and N135,735 to both of them respectively. A team that could bring students of different strokes together all to achieve one goal of saving lives is worthy of praise and emulation! Pathfinder team should take notes!

Like every imperfect one of us, this team also had their flaws, but this cannot be compared to the glorious deeds of a team many of us expected little from. They were able to put the words of Lao Tzu to work, as he said; “Failure is the foundation of success, and a means by which it is achieved”. They came out of their failures to build the bridges of success for the next team to tread on.

At a point I look upon their failures and was highly disappointed but after all was said and done and they handed down the baton, and I saw all their achievements, I could do nothing, but give due respect. They cared for students’ welfare so much that I have to say “Melo la fe ka ninu eyin adepele” to much to speak of. 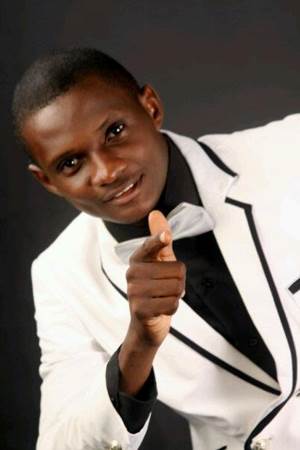 What shall I speak of? Of resuscitation of the Students’ Union Library? Of Town hall meetings that saw a lot of great ideas find fruition? Of town Hall meetings where students could confront the powers that be and speak their minds, exhibiting the bravery of a lion? Of Introduction of Student Union Football league that has evidently fostered unity amidst us all? Of Idia hall electoral order that even the Pathfinder could not find a path around? Of impeccable transparency with funds of the Union even to the famous 94 Kobo! An attempt to exhaust this list will transform this article to a PhD thesis.

Permit me to speak of the resuscitation of the Kunle Adepeju Memorial Lecture, which was a means of showing intellectual sagacity which the pathfinder team was arguably bereft of. Speaking of the Pathfinder team, most of their successes are very temporal and now invisible, #protest, #break_and_that’s all. In fact those protests cannot be duly seen as achievement per se, this is due to the fact that they were driven by group of students from Zik and Independence hall. Come to think of Kunle Adepeju Indigent scholarship scheme, though surrounded by some controversies, was a huge success. I was at the event to cover the story, save one or two students who we know not to be indigent, more than half of the recipient were truly indigent. Hence this team was able to lighten and put smiles on the faces of students like you and I.

Though I’m a “night crawler” I’m not a “night reader”, I perform best at the early hours of the day, I wake up around 4am to do my reading, but I am faced with challenges of not been able to access Kenneth Dike Library at 5am, and my hall’s reading room is always filled up at such hours, then I find it difficult to read. This has however stopped since the Capital project-oriented Sophomore team built the Students’ Union Reading room; a place I go to read from 5am till my classes start at 8,9 or 10am as the case may be. 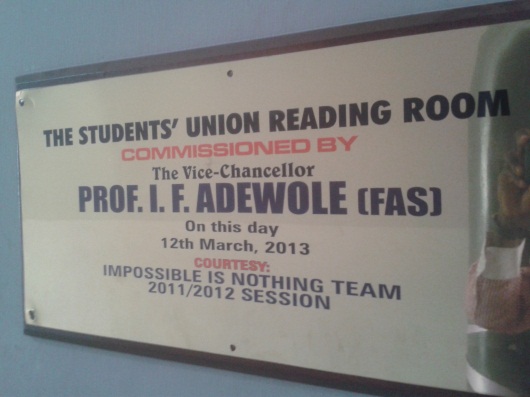 You ask your father for bread, he has flour made into dough, he goes into the kitchen to bake, before he comes out, with freshly baked hot brown bread, you call him a bad father. Is he really a bad father or you’re the impatient child? On this note, judge thyself.

For the first time in a long time, a student body left over N200, 000 in her account for the incoming executives to find something to start up with. The Edosa led admin could have squandered the money on irrelevant travels like some of their predecessors did, afterall no one would question that, but they chose to leave our commonwealth for our common welfare.

Due to the electoral hiccups that got this team into office, we expected little, but here we are with so much to thank them for. The stone the builders rejected turned out to be the chief cornerstone; truly, Impossible is Nothing! I rest.

CONCLUSION: This column is about you, it presents the two sides of a case courtesy of two writers from different schools of thought. “Audi alteram partem” means hear the other side before passing your judgement. Take the gavel, make your decision and slam because you are the judge in this courtroom. WHO FARED BETTER; PATHFINDER OR SOPHOMORE TEAM?