THE COURTROOM – SHOULD UTME, NECO BE SCRAPPED?

SHOULD UTME, NECO BE SCRAPPED?

SCRAP IT! WE DON’T WANT ANOTHER PHCN!

“Look deep into nature, and then you will understand everything better” – Albert Einstein

Once upon a time, there was a country where education was seen as the beacon and pillar of truth, where illiterates dressed in their tattered clothes and battered shoes trek from the wilderness of ignorance to the serene and resplendent atmosphere of the civilized colony of literates. Education was a passport needed to tread on the bridge of civilization as humanity journeyed from the antediluvian era to the 21st century. As hostilities began in the colony of literates, many began to produce fake passports and still tread on the bridge unknown to them that an accident is imminent. I speak of my country, Nigeria where we have traded the quality of education for the proceeds of oil and gas.

The deteriorating state of education in Nigeria has called to question the importance, usefulness and the integrity of Unified Tertiary Matriculation Examination (UTME) and National Examinations Council (NECO). The Oronsaye-led panel has suggested to the Federal Government to scrap NECO and UTME, this suggestion has however sparked off divergent reactions from eminent personalities in the educational sector of Nigeria. Many are of the opinion that this move is harsh and does not depict the true colour of democracy while others are in support of the move. I would like you to look deep into the serene clime of nature as I rent the air with the proclamation that NECO and UTME should be scrapped.

The Federal government over the years has found a way of embezzling money by establishing numerous parastatals, the parastatals employ workers and all what they know how to do best is to occupy offices and use their posts as articles of ostentation. Stephen Oronsaye led Presidential Committee on Rationalisation and Restructuring of Federal Government Parastatals, Commissions and Agencies had recommended the scrapping of NECO along with 37 others. The committee also recommended the merger of 52 and the reversion of 14 departments, in a move to safe over N862 billion between 2012 and 2015. I support the scrapping of NECO and UTME because I bemoan the dawn of another rebranding process. NEPA changed to PHCN, NFA renamed NFF, NFL changed to NPFL amongst many others. Despite the change of names of these government owned parastatals, it is still the same old story, PHCN holds electricity and fails to supply it to the populace, NFF metamorphosed from the bad state of NFA to worse and NPFL prides in the insignia of corruption as used by NFL. Madness is doing the same thing over and over again and expecting different results. No to rebranding, yes to scrapping!

The absence of UTME will reduce the burden of students seeking for admission as they will only sit for examinations organised by the University of their choice. Not only the burden but also the cost of purchasing JAMB forms will be avoided. This will be a shift towards the ancient landmark, the modus operandi obtainable in advanced countries, Universities will have the autonomy and freedom to conduct entrance examinations for students and JAMB will be the regulatory body. This will be void of corruption and exam malpractices perpetrated at the level of UTME. From research, it has been discovered that students who record high scores in UTME struggle to get good grades in the University while candidates with average scores do graduate with First Class in Universities. The scrapping of UTME will also cater for optimum regulation and avoid students getting multiple admissions into higher institutions; once a student secures admission in one institution, JAMB will ensure that other slots are given out.

A scenario that is capable of precipitating melodramatic giggles was a scene created by NECO when dead candidates who passed on between the period of registration and commencement of NECO examinations where issued results. The authenticity of NECO results is questionable since majority of the brilliant heads do not come out in flying colours.

Look deep into nature; SCRAP NECO AND UTME! It will earn us credibility and also save our millions. 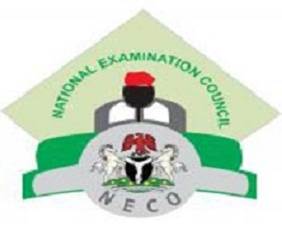 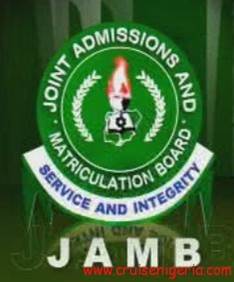 NOT AT ALL; HOUSE OF REPS SHOULD BE

I think it insane, for a country like ours where education is totally underfunded, with just 0.89% of the total GDP [Gross Domestic Product] been allocated to education. Education is the most powerful weapon to deliver the future, says Mandela, the first educated man in his lineage. If Education of the present is the future of any Nation, then woe betides a nation that forsakes Education.

Stephen Oransaye led white paper committee, recommended a whole lot, ranging from introduction of tuition fees in government schools to the tune of N425,000 in Universities to the scrapping of many parastatals all to cut short the government expenditure to the barest minimum. According to the committee, 38 Federal bodies should be scrapped, 52 other bodies should be merged, and 14 departments reversed all to save N862Billion in 3 years, roughly amounting to N287Billion per year.

The 287 Billion to be saved in a year will see to a displacement of more 4,000 persons in NECO, about another 2,000 in JAMB and about 1000 each from the 36 other bodies to be scrapped, grossing to displacement of at least hard working 42, 000 Nigerians in other not to replicate duty. Neglecting the fact that the greatest replication of Duty is done in the National Assembly where the House of Representatives full of “sitting morons” replicate the Senate and get paid as much as 116 Billion per year aside some other expenses. If this house is scrapped, just 360 money bags would be sent home, but if those bodies are scrapped, over 40,000 hard working-responsible Nigerians will be left at the mercy of hunger and poverty.

My Lords, our state of Education is already leaning towards the forbidden, further push in the direction would totally kill the coma-ridden education system. I therefore submit, that if any scrapping is needed at all, it should be for the house of 360 men who claim to represent our interest but apparently represent their pockets, earning exorbitant pay for doing little or nothing. According to Misikilu Mojeed and Elor Nkereuwem in an article tagged “Assembly for looting”, we were made to understand that that these men get N35 million per quarter in cash, while we have amidst the 40,000 to be displaced earning about N18,000 per month.

WHY KILL THE POOR FOR THE ECONOMY TO LIVE? I REST!

CONCLUSION: This column is about you, it presents the two sides of a case courtesy of two writers from different schools of thought. “Audi alteram partem” means hear the other side before passing your judgement. Take the gavel, make your decision and slam because you are the judge in this courtroom. Should NECO and UTME be Scrapped?