THE COURTROOM – THE BETTER KING: RONALDO OR MESSI?

THE BETTER KING: RONALDO OR MESSI?

From the genesis of creation, it has always been a hell of a debate about two entities; Adam and Eve, God and Satan, Hell and Heaven, Water and fire, Rafael Nadal and Roger Federer, Pele and Maradona but in modern era football it  is about Cristiano Ronaldo and Lionel Messi. I know that this is the last topic you would ever expect intellectuals to debate in the temple of justice but this is just a plot to give you a comical surprise package.

Everyone knows the truth but we sometimes shy away from it because of sentiments and emotional quakes. Lionel Messi and Cristiano Ronaldo are great footballers; no doubt about that and am sure we know the best between both. Besides the humble frame of Messi lies a pacy, intelligent, skilful and tricky mind that is capable of turning around the fortune of any team in the world.

Lionel Messi at the age of 25 is a great achiever who has distinguished himself both for his country and club. I would not indulge myself in enlisting the records created and broken by this phenomenal player because he has records longer than your arm. I would only dole out answers to critics out there. Critics who say: “Messi should try other clubs before he can be better than Ronaldo”, “Without Xavi and Iniesta, Messi cannot perform”, “Messi only scores in Barcelona and not in Argentina”.

Playing for several clubs throughout one’s career is not a subset of greatness or excellence. If you are opportune to do so, brilliant!  If you are not, it is still the same thing, the most important thing is to play football and make sense with it. Would you say Jose Mourinho is better than Alex Ferguson? Mourinho has won trophies with four clubs; Porto, Chelsea, Inter Milan and Real Madrid while Sir Fergie winning with three clubs; St. Mirren, Aberdeen and Manchester United, the most with the Red Devils. Fergie is greater than Jose, so is Messi greater than Ronaldo. You don’t want to compare Ryan Giggs with Thierry Henry. Giggs is greater than Henry despite the fact that he has always been a Manchester united player his entire career.

Furthermore, for critics who believe that Spanish midfield maestros; Xavi and Iniesta spoon-feed Lionel Messi? How does Messi keep amassing assists than them? In 2011/2012 season, Messi finished the season with 73 goals and 29 assists in all club competitions, with more goals and assists than any other player. It is simple Mathematics, if they spoon-feed Messi who scores goals like a machine, and then they should be leading the goal assists chart. Messi keeps beating Ronaldo to numerous awards not because of his goals but assists because that exudes great team spirit which Ronaldo lacks. Ronaldo is an ego tic braggadocio.

Messi is an instrumental player both for his club and national team, Argentina. He was part of the U-20 Argentina team that wowed the world in Holland in 2005 to win the FIFA U-20 competition. Three years later, he replicated the same in Beijing 2008 Olympics to help Argentina’s U-23 team win football gold medal. Since breaking into the senior national team, he has not failed to display top class football.

Obvious is the fact that Ronaldo struggles with records Messi achieved with ease. Messi is the young lad sprinting down the highways and byways of success humming the song of victory and triumph. Three consecutive FIFA Ballon d’Ors is not a fluke, Messi is the better king!!! 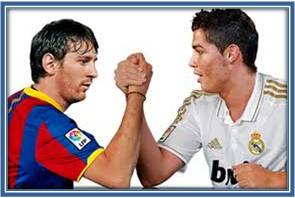 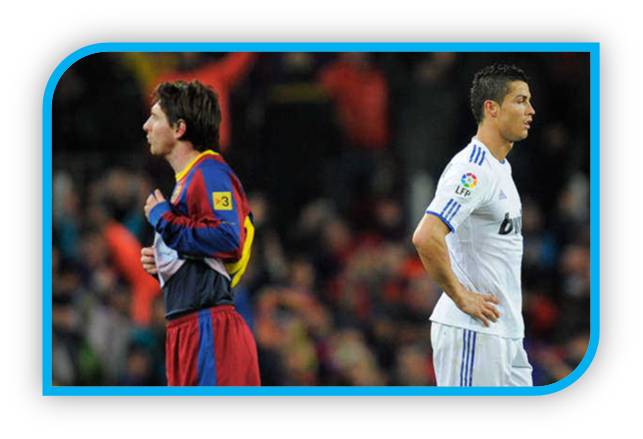 RES IPSA LOQUITUR- THE THING SPEAKS FOR ITSELF

The greatest disaster known to football is not the Lima Disaster, nor the Munich air crash, but the existence of Messi and Ronaldo in the same era—Anonymous.

Many years ago, Manchester United lost the best of her players to an aero crash. In 1964, 318 people were killed in Peruvian National stadium in a game between Argentina and Peru. The referee disallowed a Peruvian goal, 2minutes to time and this led to a riot that saw more than 300 people dead. As disastrous as these was, some still opine that Messi-Ronaldo in the same era is a worse disaster. They believe that Lima and Munich disasters were man-made, while Ronaldo-Messi rivalry is divine. But amidst this fierce rivalry, the world thinks one is better than the other, is it Ronaldo or Messi? I know its Ronaldo!

Res Ipsa Loquitur, the records speaks for itself. Ronaldo has his records telling that he is the better King. Ronaldo has seen the light of many leagues in the world and has obviously excelled in all of them. Ronaldo was recommended to Sir Alex, by most United’s players, prime of whom we had Giggs and Scholes.

He came to the English league which was at the time, the world’s best league and rose to the apex. Ronaldo went on to win the world best player from the English league, a feat that was impossible for most of the league’s best. Ronaldo’s hold records for most goals scored in a season for Real Madrid, most goals scored per minute in La Liga, first top European league player to reach 40 goals in a single season in two consecutive years, fastest Real Madrid player to reach one hundred league goals, and the first player ever to score against every team in a single season in La Liga. OUTSTANDING!

These outstanding feats do not even tell half the story of how great this king is. Saying Messi is better than Ronaldo is highly unwarranted as almost everybody that has said that have also agreed that Ronaldo is a more complete player. Great in air, pacy on land, fierce on the left, terrible on the right and awesome in all. He is faster than Spanish sprint champion, David Rodriguez on zigzag racing, jumps higher than an average NBA basketballer and scores with so much ease.

Marca of Spain said Ronaldo is better, many said Madrid had affiliation with Marca, Goal.com said the same by giving him player of the year [2012]. He has a 103.2% goal record per game for Madrid while Messi has 78.4% for Barcelona. What more do we want before we crown Ronaldo the better king.

“Choosing the best player in the world is relative because it depends on what you do collectively. (Lionel) Messi and Cristiano are the best players but I’d say Cristiano Ronaldo is the most complete player in modern football”—KAKA.

As COURTROOM signs out for the session, we wish all our ardent readers the best, just like Messi-Ronaldo, go on and excel in your examination.

CONCLUSION: This column is about you, it presents the two sides of a case courtesy of two writers from different schools of thought. “Audi alteram partem” means hear the other side before passing your judgement. Take the gavel, make your decision and slam because you are the judge in this courtroom. Who is the better King; Messi or Ronaldo?