THE COURTROOM – IMPOSITION OF UI BREAD: ABUSE OF POWER?

“This is slavery, not to speak one’s thought” — Euripides

Basking in the avalanche of euphoria precipitated by the Independence celebration yet some are still slaves. Why? They fail to speak their thoughts and rather decide to be quiescent and dumb in the face of injustice. Others may keep quiet but the impact of my ink must shine like diamonds on the tablets of life. I didn’t have the slightest inkling that this was going to happen in the 21st century. Imposition of breads on students! No matter how funny it looks, it is still a serious matter.

Producing of bread is not the problem; the problem is banning the sales of other breads in the University community. Why would the premier university stoop so low to expunge competition from a market that is been governed by the law of demand and supply? I could remember vividly the time when there was massive influx of YALE bread into the University community. Majority of the students preferred to buy the bread not only because of its unique taste but also because of its packaging. The package appeals to the eyes and also enticing! It almost phased out the other competitors. The bread producers only demonstrated one of the gimmicks in the labour market that is capable of warding off competitors. If UI bread is worth it, then it should be allowed to compete and champion its cause for demand and not by a law that looks like a ‘cheat code’.

Are you jolted by the correlation between imposition of breads and injustice? Yes, this is pure injustice to bread producers who have made names for themselves in the industry; the likes of Butterfield, YALE and High Table, UI bread just ruined their market. This is a misuse of power and it’s really unfair, this is jungle justice! No lawyers to appeal, no court case and UI bread is just declared the winner of all breads in UI, we need an election petition in here!

Furthermore, I have been waiting eons for a time like this, If UI management has got the power to stop the sale of other breads in UI, then I have the audacity to challenge this act under the aegis of freedom of speech and expression. Now is the time to hammer the management, they feel they can provide us with breads that are without NAFDAC number. If they can provide us with UI-made breads, why complain when we ask for electricity and water? Can’t we have UI-made electricity? If they can provide bread, they should be capable of providing electricity as well. Why is electricity a national issue when we have Awba Dam and constant supply of sunshine? Keeping mute will be a lot better than complaining when issues like this are been raised. Unfortunate is the word because this same attitude is replica of what happens in mainstream politics; investing in sectors that would profit the looting eggheads and not the masses. Yes, the bread will profit the management but they are not ready to spend a dime on improving the quality of resources in the library.

I don’t want to believe that the University of Ibadan is a glorified secondary school where we use only UI-made products; though we are not wearing uniforms. I totally disagree with this move by the management, it is stark injustice and my NO is stronger than the indissoluble bonds between these two letters (N and O). Do not pamper the bread like flowers; let the bread do the talking and not the LAW. 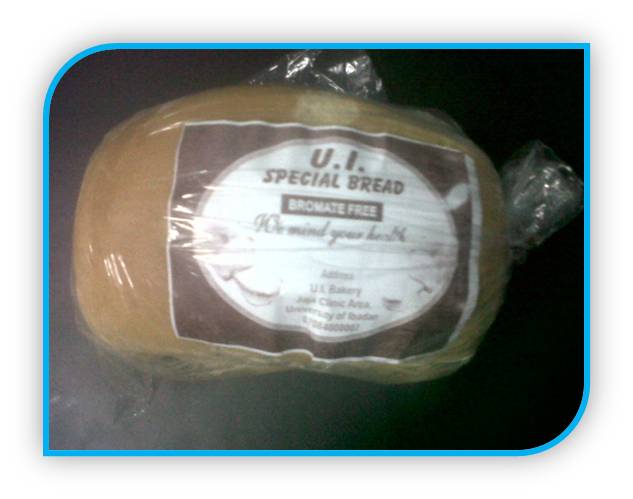 University of Ibadan made bread 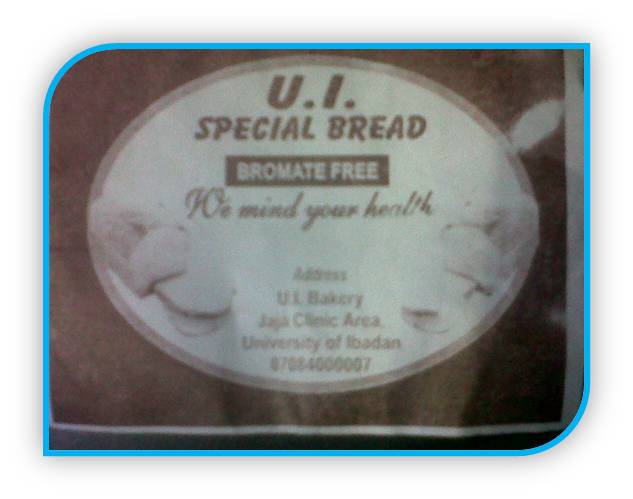 IMPOSITION OF UI BREAD: NOT AN ABUSE OF POWER

“If GOD were a democrat, the world would be an abyss of injustice”—Anonymous

I do not know the God you serve or the Faith you proclaim, but let us assume that the God you believe had to consult the majority before He did anything for you, let us assume He had to conduct an election before he gave you daily bread, he had to go through bureaucratic excesses before He made air available for your living. Then if you lose the election, you die. This is democratic, the elections may be free and fair, yet the result remains unfair.

In the past few weeks, many have complained that the imposition of UI Bread on students and the entire University community is unfair and in fact an abuse of power. But like the Yoruba people will say; “a ngba oromodiye lowo iku, o ni won o je ki oun lo si atan lo je”, literally meaning; “while we save the chick from death, it complains of absence at the dunghill”. This is the exact case of complaining students and the University authority.

If the University had to consult us all in the issue of UI Bread, we would likely have had a free and fair election in favour of the former situation where all breads were allowed, but the result would be unfair even on us the voters. We would have had our way, but just like that chick, we would end up untimely, having eaten poison at the dunghill. We complain that the bread is hard, and prefer the “soft” bread that is imported into the University, not seeking to know why this is such. Bromate is the answer!

Bromate [Potassium bromate] is a bread improver that increases the bread size and softens the bread giving it a better appeal but dangerous to human health. Bromate is carcinogenic, that is causes cancer. Bromate has been banned from use in food products in the EU, Canada, Nigeria, Brazil, Peru and some other countries. It was banned in Sri Lanka in 2001 and China in 2005 [Wikipedia]. This deadly improver is used in most of the bread dear to our hearts, and this dearly kills us on a daily basis.

As academics, we should understand that the University Authority will not take any decision for her own gain alone. Apart from profit that would be made and used for the betterment of the community, our health is still been safeguarded. Also, due to the increase in production, hence increase in man power needed at the bakery, the UI bakery now contract UI students to work at the bakery and they get paid on a daily basis. Therefore, the UI Bread is not just a management issue, but a student-management issue. We are all in this together.

Finally for those who cry to see 01-XXXX [NAFDAC NO], and think the absence of 6 digits and one hyphen makes the bread substandard should understand that these numbers are to be renewed every 2years, and as courtroom has garnered, UI Bread is its renewal process now, and due to our integrity, we should not be in the business of using outdated NAFDAC number, but for the records, UI Bread is NAFDAC approved.

CONCLUSION: This column is about you, it presents the two sides of a case courtesy of two writers from different schools of thought. “Audi alteram partem” means hear the other side before passing your judgement. Take the gavel, make your decision and slam because you are the judge in this courtroom. Imposition of UI Bread: an abuse of power?