Super Bowl V has come and gone but yet it leaves behind trails of murmuring from the audience and untold stories of partiality in judgement. The electrifying atmosphere spurred by the intoxicating scent of suspense was the perfect climate for the show. It was a real battle of wits and words, emotions and actions, creativity and innovation. The podium and a microphone shared by eleven different speakers in three rounds of speech.  Events that followed the announcement of results clearly show the war between the judges and the audience. The audience were no doubt angry at the results as majority admitted that it was not a true representation of what they saw.

This only call to question who the best judge can be; is it the audience whose knowledge of public speaking is limited or the judges who are mighty trees in the forest of oratory? I for one would never trust the judgement of the audience/crowd/mob; it is usually biased and sentimental. I would rather trust the judges who know the pros and cons of the oratory world. These four judges from different spheres of the public speaking world; Dr. Tony Marinho, Prof. Remi Raji, Dr. Lanihun and Demola Lewis are not rookies, they are the best and the brightest, they are salty veterans!

I trust the credibility of the judges and sincerely have my reasons for doing so; Dr. Lanihun, a lecturer from the department of Communication and Language Arts and also a Fellow, Certified Marketing and Communication Institute of Nigeria, she specialises in speech communication and broadcasting, she taught the likes of Demola Lewis, Dr. Bisi Olawuyi amongst many others. She judged the speakers based on their ability to communicate with the audience through their speech. Demola Lewis is a lecturer in the department of Linguistics and specialises in Phonetics and Phonology. With his wealthy experience, he is qualified to judge the contestants based on their pronunciation, diction and phonetics. Am very certain that majority of the audience have not got the credentials to examine the speakers in this aspect.

Elucidating more about the background of the judges, Prof. Aderemi  Raji -Oyelade is a renowned poet who has had scholarly essays published in journals including Research in African Literatures and African Literature Today. He is University of Ibadan’s orator and also a visiting professor and writer to a number of institutions, among them are Cambridge University, UK and University of California at Riverside and Irvine. He is no doubt a perfect match for the post of one who would judge the speakers based on their poetic prowess. Dr. Tony Marinho is a gynaecologist by profession, public commentator and also a regular columnist in Nigerian Newspaper publications. He is a neutral judge who knows nothing about the speakers; he seeks to understand the secret behind the plotting of each speech and judged the speakers based on this.

An incident that showed clearly that the judgement of an audience cannot be trusted was the killings meted out to the four UNIPORT students by Aluu community. The audience failed this test woefully! It must at this point be reiterated that Super Bowl V finals is not a North London derby where Martin Atkinson referee the match between Arsenal and Tottenham and the fans are displeased with his decisions.  Assuming the results came solely from one of the judges, its credibility might have been questioned but as such these are four individuals who were chosen from the scarce treasures that reside in the oratory world. 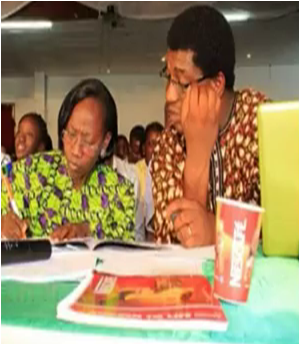 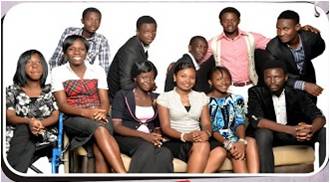 SUPERBOWL V Contestants: 11 speakers with one podium and a microphone

SUPERBOWL V: I BEG TO DISAGREE

“The contest was awesome without the results”—A Ghanaian student

Immediately after Superbowl V, a mob of friends ran to me and said; “Mayowa, you are the most objective person we know, what do you think about superbowl V results?” Before I answered the question, I thought to myself, “most objective person they know?” How? What bought me this objectivity status? When did I come to be their Mr. objectivity? I quickly went through the 5Ws and 1H of journalism and I could come up with this:

Last year’s superbowl, despite all the complaint from various quarters, I strongly supported ‘Kemi Adeleke’s victory as she was the best for me with respect to what the judges told us they were looking out for. Though I had a problem with Bunmi Oke’s exclusion from the top 3, I stood with Kemi’s victory all the way. I guess standing with the judges, running against the wind at superbowl IV bought me the objectivity status. But I beg to disagree this year, not coming to undermine the verdict of the judges, but to speak with the varying confidence in the voices of the people.

Who Am I to disagree with the judgement of Teachers of teachers, Dr Lanihun or to stand up against the wits of Sir ‘Demola Lewis as I fondly call him? Dr Tony Marinho and Prof Remi Raji are also role models in their fields of life. Who am I, a bloody food Technology student, to even think of questioning their judgement? Though I’m a Food Technology student by discipline, I am also an enviable student in Ibadan school of wits and words. I have learnt firsthand from almost all the big guns in this school of public speaking and this is what I opine:

If drama is public speaking, then the results were just, if mother tongue interference was the best of diction then the results were fair, if your inability to carry your audience was an innovative idea, then we applaud innovation. I have a dream, that one day Obama will kneel to show Americans that he is really passionate about the topic he is discussing, speaking Kenyan English, that one day Martin Luther King Jr. Will come back to “remix” his I have a dream speech ignoring the lectern all in the name of passion.

I have more analysis to do, but Ibadan school of wits and words, has also thought me not to curse darkness but to light a candle, not to boost friction between the judges and the people, but to lubricate when necessary. This is why I would not just turn my back on the outcome of Superbowl V, but also make recommendations to avoid this friction come next year.

I hereby recommend that the judges expose the “flaw” of every contestant before they pass their judgement like it was done in the preliminaries of the same contest. This as it was observed made the audience come to terms with the judges’ verdict at every point through the preliminaries.

CONCLUSION: This column is about you, it presents the two sides of a case courtesy of two writers from different schools of thought. “Audi alteram partem” means hear the other side before passing your judgement. Take the gavel, make your decision and slam because you are the judge in this courtroom. Did the judges know better?