THE COURTROOM: NIGERIA’S PROBLEMS: LEADERS OR THE FOLLOWERS?

NIGERIA’S PROBLEMS: LEADERS OR THE FOLLOWERS?

“Leaders are not born, they are made”. They pass through the fiery furnace of servitude, they criss-cross through wilderness of hardships, they carry the torch of knowledge through the thickets of ignorance and they listen attentively to the voice of the masses. Nigeria’s problems stem from her leaders not followers. The leaders lead and the followers follow. Followers are where they are because leaders led them there, be it a valley or the mountain top. The leader is the shepherd, the followers are the sheep. The most populous black nation in the world has been blessed with so many resources but we are where we are today because we have not had the best set of leaders.

Who else would be the cause of the nation’s problem? If not leaders who pride in the looting of public funds, leaders who smile when followers are suffering, leaders who do not believe in the health system of the nation, leaders who crippled the nation’s educational system and send their own children abroad. These so-called leaders in the chambers of power are domestic conquistadors who are less concerned about the problems they create. They are oblivious to the cries of the masses because they take delight in articles of ostentation.

The best way to lead is by examples; examples make the teaching process practicable and easy to learn. Our leaders are professors in the institutions of: ‘thuggery’, corruption, egocentricity, nepotism and violent acts. Guess you have an idea of what the followers will imbibe. Are you surprised at the way Boko Haram has torn apart the fabric of this nation? They learnt it from a live stage movie in the House of Representatives some few years ago when the ‘Honourable House of Boxers’ were using knives and chairs on one another. Are you flabbergasted at the manner with which corruption is conducting baptism for youths and the whole nation? What do you expect when Emeritus Professor IBB and Professor Sanni Abacha teaches you modules of corruption with vivid examples? You would learn fast and do it better than them. Thousands of youths in Nigeria have decided to be sycophants following illiterate politicians because they see it as an institution where the likes of ‘Tokyo’ and ‘Adedibu’ graduated magna cum laude.

The leaders have penchant for creating problems; they manufacture the problems through their anti-masses policies which includes: Fuel subsidy removal, printing of the N5000 banknote among many others. They make life difficult for the citizens of the world’s most populous black nation in the world, all in the name of some economic strategies that will enrich their pockets and make the poor poorer.

The solution to Nigeria’s problem is not in the lecture notes of any visiting lecturer, it is right there in every youth, every follower who will decide to stand for the truth and learn the right things despite the cloud of lawlessness. Nigeria is in dire need of a true leader that will take hold of the rudder of the ship and steer it towards greatness. 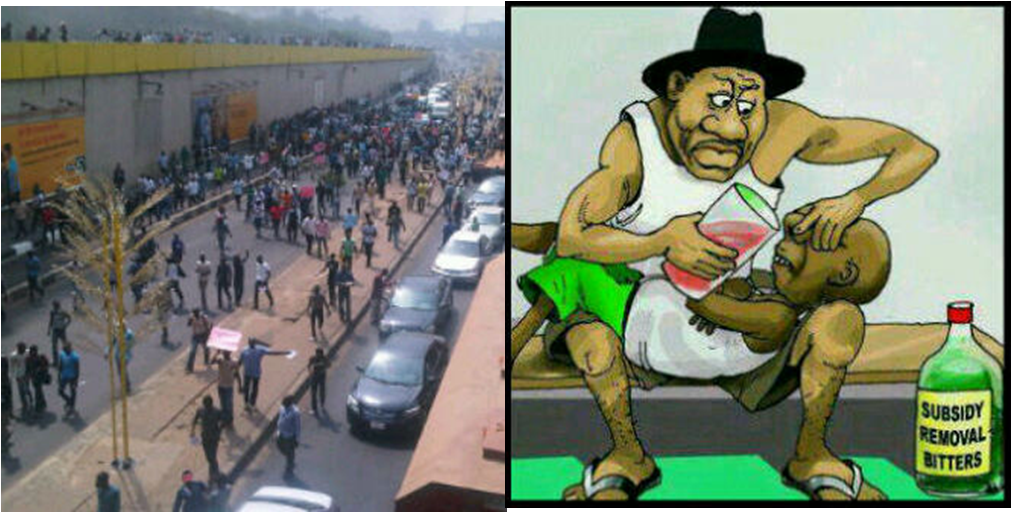 A couple of months ago, popular love cum political musician, by the name Lagbaja came forward new series of songs which he titled “200 Million Mumu”. Lagbaja aligns himself with the likes of Dele Giwa who said about 30 years ago that “Nigerians have gone beyond shockability”. We have become a people who have no breaking point; we have this attribute as a virtue and as a vice. Lagbaja went on to say; “Rape them, kill them, assassinate them, wetin go happen? Dem go shout small for internet, write big English for paper, make mouth for radio, analyse for Television, but wetin go happen? Nothing go happen, na 200 million mumu”. We dare not blame Lagbaja, for he speaks the truth. The Nigerian people have learnt to blend to the most inhumane conditions in human history, little wonder why it is said that what a Nigerian man sees as normal, a white man sees as chaotic.

It pricks my heart to see people speak of the evil that has come upon us as a Nation over decades of unfair “rulership” as the fault of the government, I mean those in power. This is due to my standpoint that the evil that has befallen us as a Nation has been the sole handiwork of the people. Lending the words of famous Barrister, Femi Falana, he said “the return of Democracy to Nigeria has only given the Nigerian people the opportunity to choose their own oppressors for the next four years”.

I totally agree that we have a leadership stigma in this part of the world, but the question is; who (s)elect these bad leaders? The People! The greatest Nations of the world were not built by the leaders but by the people. The people would not just analyse harsh economic policies in articles like this but would stand eyeball to eyeball with the oppressive law makers. Any Nation built by the hands of one man was an autocratic Nation.

However, it is expected, that our leaders would put to us; unreasonable policies, unwanted decisions and irrational acts. But we become the “mumu” that Lagbaja spoke about when we keep mute and hope against hope that all will be well. On the first day of this year, Goodluck Jonathan and his irrational transformation team served the Nigerian people the much dreaded subsidy bitters which we all claim to hate. We protested for a while and rejected this bitters with a week protest but our fortunate government got away with it. Many thought the subsidy bitters would kill us, but it did not, we aligned with Dele Giwa, we are beyond shockability!

If Abraham Lincoln and the 1999 constitution’s definition of democracy is anything to go by, the people are the highest decision making body, we have the salient power to mar or make a Nation, in our silence, we have stridently marred the Nation.

My Lord, what is your judgment?

CONCLUSION: This column is about you, it presents the two sides of a case courtesy of two writers from different schools of thought. “Audi alteram partem” means hear the other side before passing your judgement. Take the gavel, make your decision and slam because you are the judge in this courtroom. NIGERIA’S PROBLEMS: LEADERS OR THE FOLLOWERS?