In the history of Nigeria, May 29, 2012 was supposed to be a day to celebrate 13 years of democracy that brought sanity to governance and paved way for corruption. We were supposed to celebrate our heroes that laid down their lives in the struggle for democracy in Nigeria. Despite the significance of this day, Nigeria could not hold a full-fledged celebration just because of Boko Haram. The fear of Boko Haram is the beginning of knowledge!

One would still remember the subtle gift of fuel subsidy removal given by Jonathan to Nigerians on the first day of this year. It was highly unprecedented and hence sparked off protests from different parts of the country. On democracy day, another innocent-looking gift was also presented to a group of Nigerians; the students and alumni of University of Lagos. Goodluck should not be blamed simply because he is not a Fresher in the University of Structural Rebranding. He is a professional and he knows how it works.

Last year, when he visited Oyo state, he renamed the Liberty Stadium in Ibadan after Obafemi Awolowo. Nobody complained and everyone saw it as a laudable move by the President. The renaming of University of Lagos to Moshood Abiola University by President Goodluck Jonathan is another scenario in the corridors of power that has given birth to melodramatic giggles in the country. The students of the 50year old institution showed their vexation to the new name which they considered to be stain on their brand: ‘UNILAG’. The President waking up one day and telling the country in a speech that the name of my University has been changed sounds ridiculous to my ears.

The President claimed that the naming of the school after the winner of the 1993 general elections, MKO Abiola is a way of immortalizing the great political icon. This is a pure abuse of power because there was no prior meeting between the school senate and the president before the new name was been declared. One would expect such a rebranding to be launched after settling scores with the school authorities in a round table talk. Such a change of name should have taken place in either a ceremony hosted by the school or even during their convocation. Even if the University is owned by the Federal Government; renaming of a university by a speech delivered far way in the Federal Capital Territory is just an insult on the school.

Massachusetts Institute of Technology in the United States of America has been in existence since 1863. Over the years the United States of America have produced several icons with great achievements in the corridors of power, they have manufactured numerous selfless statesmen that exuded great affection for the masses; the likes of Abraham Lincoln, John F. Kennedy, Franklin Roosevelt, James A. Garfield, just to mention a few.

These men were all immortalised by the United States by naming airports, monuments, museums, libraries and statues after them. They are great men and they are to be remembered. It would sound ridiculous to hear that 151 year old MIT was changed to Franklin Roosevelt University. It would definitely cause commotions and it will be greeted by reactions from several quarters.

It is highly imperative for us to understand the fact that the man who is about to be immortalised is a great man and a world renowned philanthropist. Although he was unable to become Nigeria’s President, he added value to the country in his own little way. If the government wants to immortalise him, there are several ways they can do it; they can name a new university after him, they can name an airport after him, build statues of MKO ABIOLA in all the western state capitals of the federation but renaming a 50 year old brand is highly unacceptable. 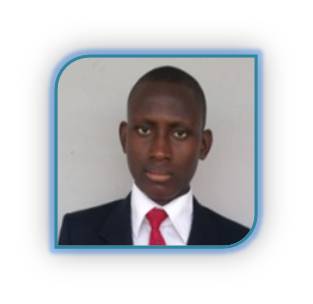 Moshood Kashimawo Olawale Abiola of blessed memory was a man of valour, a champion in all classes of life, one who rose above the tides of poverty to swim in the waters of wealth. One who was not just a champion on black soil but beyond!

Kashimawo was the 23rd child of his father, but the first to survive infancy from the “Abiku” clan, hence his name Kashimawo [let’s wait and see if he survives]. Abiola survived and rose through firewood sales to attend Baptist Boys High school where he was the Editor in Chief of the Trumpeter magazine with Olusegun Obasanjo being his Deputy Editor.

As against many who claim; “how could you name a university after one who never had a University degree?” Abiola had a first class Degree in Accountancy from Glasgow University, Scotland. Afterwards, he worked at UNIVERSITY OF LAGOS TEACHING HOSPITAL [now MAUTH].

He built 63 secondary schools, 121 churches and mosques, 41 libraries to mention a few. To write about Abiola’s Philanthropy would turn this from an article to a magazine, but have it in mind, that no Nigerian, dead or alive, in politics or out of it has a résumé in the field of philanthropy as good as this icon.

When I heard about the Democracy day broadcast and the renaming of University of Lagos, I joined the crowd to castigate the President for taking such an action without informing the larger populace of the school in question. I saw it as an abuse of power. But not long I heard the students had taken to the streets showing their displeasure with respect to the new name. Then I ask why? The only answer I get is that the new name is not “Tush” [not classy].

Many of them say: ‘for 50 years we built a name [UNILAG] and the renaming would take all that away’. In 1987 when Gen. Ibrahim Babangida, renamed University of Ife to be Obafemi Awolowo University, those around thought it would be impossible to rebuild a brand out of it, but here we are, a great brand has been brought out of that. I opine that students of MAUL should capitalize on building a brand with the advantage of the great hero whose blood has given them the freedom to fill the streets in the name of DEMOCRATIC PROTEST.

Nigerians have a flair for fighting the wrong battles. Rather than fighting for a constitutional change in the absolute powers given to the Visitor to do and undo anything, they are busy fighting the President [the University’s visitor] for ‘abuse’ of power, Power given to him constitutionally by the University of Lagos Act. Section 15 of this Act gives the Visitor [who presently happens to be Goodluck Jonathan] the absolute power to make a decision that would be binding on both students and staff of the University without anyone or court of law to question him.

Rather than litter our streets, I think that the Staff, Students and Alumni of this University should withdraw to their meditation chamber and find a way of amending the University of Lagos Act which gives room for abuse of power. Moshood Abiola University has come to stay.

My lord what do you think?

This column is about you, it presents the two sides of a case courtesy of two writers from different schools of thought. “Audi alteram partem” means hear the other side before passing your judgement. Take the gavel, make your decision and slam because you are the judge in this courtroom. Is the “renaming” Acceptable?